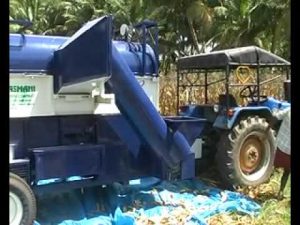 We are happy to bring to you a guest post on a recent Madras HC decision in a patent case by Rishabh Anjay Mohnot. Rishabh is a 3rd year student at NUJS, Kolkata.

Recently, the Madras High Court dismissed a writ petition challenging the dismissal of a revocation application by the IPAB and demanding the records pertaining to the dismissal. This case is worth covering, as decisions on patents are a rarity these days!

An interesting sub-plot – while the respondents were granted a patent for their machine on February 13, 2007, the petitioners had applied for a patent way back in 2000, only to have it abandoned for want of completion of procedural formalities [under Section 21(1)]. As their luck would have it, the petitioners could only get their patent registered 10 months after the respondent’s, in December of the same year. As we will see, this fact could have crept into the thick of the main plot (in the court’s anticipation analysis), had the court found the two machines to be similar.

The petitioner argued for revocation under Section 64(1)(e) of the Patents Act, 1970, which states that a patent may be revoked if it is found lacking in novelty. This determination may be made by perusing documents available in public and includes the documents allowed to search for anticipation under Section 13. In order to prove lack of novelty, the petitioner argued that the respondent’s patent was a mere rearrangement of known devices, and further, was not new because it could be anticipated by: prior claims, prior publications, and prior knowledge.

The court held in favour of the respondent on all counts. Critical to this outcome, was the court’s conclusion that the two machines were different. It noted that the finding of an invention is a question of fact – and went on to find that the “constructional features” of the respondent’s machine are sufficiently different from the petitioner’s (displayed in a table in the judgment), and would constitute an invention. For instance, it noted that the respondent’s machine used thresher roller instead of rotor studs to beat raw material and thresher vanes instead of helix plates for the threshing operation.

However, in making this determination, the court erringly relied on infringement jurisprudence to inform its analysis on anticipation. The difference between the two lies in the distinction between a ‘claim’ and a ‘disclosure’. Stepping upon ‘claims’ of another patent (which are usually highly specific) would result in infringement, while stepping upon a ‘disclosure’ (which is usually general and is equated to the ‘teachings’ of the patent) would take away from the novelty of the other patent. Therefore, an infringement would always imply a lack of novelty, but the opposite need not be true. So the court’s usage of infringement analysis is not only misplaced, but would also fail to lead to any concrete conclusions on novelty.

Based on the finding of differences between the two machines, the court did find that the respondent’s machine could not be a rearrangement of known devices under Section 3(f). However, an argument based on Section 3(f) falls outside the scope of a Section 64(1)(e) revocation challenge, and should have been treated differently by the court.

Section 3 lists subject matter that are not eligible for patent protection. While the content of the sub-section (f) does go to the novelty of the specification, it does not come in the list of material or factors that are mentioned in Section 64(1)(e). On the contrary, it finds express mention in Section 64(1)(d), and therefore, either should have been considered under that section, or not at all. Once again, the court failed to appreciate an important detail

On the ground of prior claims, extinguishing novelty requires the substance of an earlier claim to be the same as the subsequent one. The court had, however, already found that the ‘constructional features’ that distinguish the two machines, and therefore, the argument on prior claims failed. Once again, the court need not have made any decision on prior claims, as the prior claim claimed was only granted after that of the respondent, given that their earlier application (in 2000) had been abandoned.

On prior publication, a patent can only be said to be anticipated if it gives clear instructions that would inevitably result in the current claim. On this issue, the court made two observations – first, that the petitioner’s abandoned patent application does not qualify as a prior publication, as it has not been inducted into the state of the art by way of receiving a patent. Second, advertisements of the machine in newspapers do not constitute publication, since they do not reveal any technical information about the patent.

The most striking feature of the court’s analysis on prior publication, comes, however, from what it did not observe. The court did not undertake an analysis of the publication owing to the commercial sale of the petitioner’s machine, and the impact that would have on anticipation. However, no change to the outcome would come of it, as the court already held the two machines to be distinct.

On prior knowledge, or the knowledge of people who are skilled in the relevant field, the court concluded that the ‘thresher vanes’ did not result from the disclosure made by the petitioner. This is based on the clear distinction that the court drew between the two machines. Further, the court noted unessential features that do not affect the ‘substantive identity’ of the machine could not be used to assail the patent.

While the court seems to have reached the correct outcome, its analysis leaves readers wanting for greater clarity and precision. At several instances, the court failed to appreciate the details and nuance required in a proper analysis. And while the petitioner did fail on all arguments, the silver lining for them, perhaps, is that if the respondent’s machine cannot anticipate their own machine, then neither can their machine infringe the respondent’s.