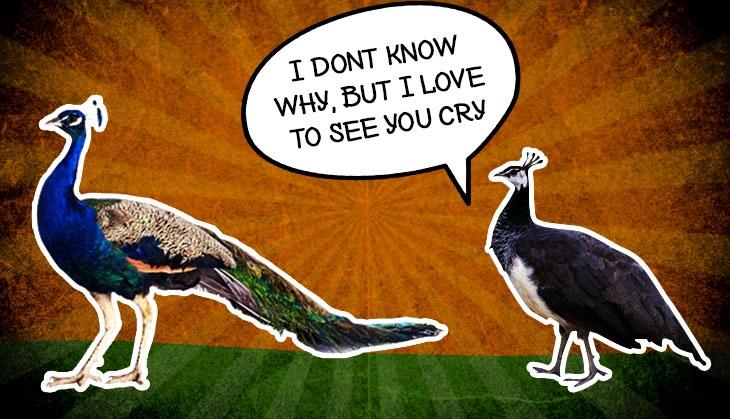 In an opinion piece for the Hindu, I reflect on one of the most monumental milestones ever in Indian legal history. Namely the opening up of our judicial “collegium” and its secretive decision making processes to the public eye.

Given the secrecy with which Collegium decisions/deliberations were shrouded for over two decades now, this is nothing short of revolutionary! Unfortunately, this new transparency notwithstanding, we are still left in the dark as to the “metric” used for measuring judicial “merit”.

“How do we judge our judges? For this, we must have some measurable metric of merit, and a transparent one at that. One that is well reasoned and turns (in turn) on how well the judge in question “reasons”… Indeed, “reasoning” constitutes the chief raison d’etre for the public legitimacy of the judiciary.

As a famous U.S. judge once noted, “The political branches of government claim legitimacy by election, judges by reason.” I was therefore struck when a recently appointed judge at the Delhi High Court publicly pronounced at a conference that judges need not give “reasons” for issuing intellectual property (IP) injunctions, since they know best and decide with “conviction”.

This was a bit ironical, since just a few months prior to this conference, a former judge of the Rajasthan High Court had gone on record with his strong “conviction” that peacocks propagate their progeny not through sex, but through tears!”

Given that most of my knowledge of the proficiency (or otherwise) of Indian judges in penning decisions stems primarily from the IP field, my frame may be a bit more limited than someone with a wider sweep. Interestingly, I found that Eashan Ghosh has a great blog, where he actually rates Indian IP decisions.

Would be great to find a half decent metric to measure the worth of our IP judgments. Or if this is a difficult task, to at least identify decisions at either end of the proficiency spectrum i.e. those that are a delight to read at one end; and those that are a devastating read at the other! The former would include decisions of Justices Ravindra Bhat, Gautam Patel, Prabha Sridevan etc…decisions known for their analytical rigour and lucidity.

Interestingly, I’d rate the IP decision of a bureaucrat (sitting as a quasi judicial authority) as one the best in in the Indian IP firmament. I speak of “Bullet” Kurian (former Controller General of Patents) and his legendary compulsory licensing decision in Bayer vs Natco. In fact, I’d go so far as to state that his decision on this count was even better than the appellate authorities that heard the matter and largely endorsed his findings.

More recently, I’m coming to appreciate the decisions of a new IP judge at the Madras High Court, Dr Anita Sumanth. Granted, I haven’t read much of her (and some say she’s a bit trigger happy when it comes to granting injunctions).  In particular, I found a recent order (where she vacated her earlier injunction granted in the Mersal movie case) to be sharp, concise and well reasoned. Citing just about enough case law and counsel arguments and containing enough of her own analysis. As opposed to the conventional format, where our judges use 98% of their space to meticulously rehash counsel arguments and all other previous cases (whether relevant or not). And a mere 2% for their own analysis/decision.

Anyway, back to the central theme of the Hindu piece, namely  that we need to devise a good metric for measuring judicial merit.

But before I post the piece in full, two quick notes below:

i) For those interested, here is a previous piece of mine that touches on the theme of diarrhoeal decisions.

ii) Apart from the public proclamation of a recently appointed judge that no reasons need be given for the grant of an ex-parte injunction, there is another IP connect in the below piece. Those that identify it correctly will be sent a fun recipe comprising chocolate that is certain to unleash your creative juices. While I did put this out  in the public domain (Linked in), I ensured (much like most crafty patent attorneys) that the disclosure was not fully enabling!

And here is the Hindu piece in full:

Indian judges wield power like no others. For, which other judiciary can boast a free hand in crafting policy on an almost daily basis, setting up booze free zones, mandating theatrical standing for the national anthem and even controlling a circus called cricket. However, what truly sets apart India’s higher judiciary is the enviable freedom to select its very own: through that cosy cabal of a clique that we call the “collegium”.

This is a freedom ferreted out from a rather tortuous reading of the Constitution some decades ago when the Supreme Court decided that the collegium would predominate over judicial appointments, to the near exclusion of all other stakeholders. Since then the judiciary has zealously guarded this self-anointed power, and even struck down a parliamentary enactment (National Judicial Appointments Commission Act) that sought to substitute the collegium with a structure that might have tilted the balance in favour of the executive.

Little wonder then that the collegium continues to court one controversy after another — the latest being the unfortunate transfer of Justice Jayant Patel, just as he was on the verge of taking over as the Chief Justice of the Karnataka High Court. Some attribute this “punishment” transfer to his role in the Ishrat Jahan case, where he ordered a CBI inquiry into an alleged “encounter” killing.

All of this forces us to ask that eternally enigmatic question: how do we judge our judges? For this, we must have some measurable metric of merit, and a transparent one at that. One that is well reasoned and turns (in turn) on how well the judge in question “reasons”. In the Justice Patel case, one of the key demands by a local bar association which protested this seemingly arbitrary transfer was: pray, what are the “reasons”?

Indeed, “reasoning” constitutes the chief raison d’etre for the public legitimacy of the judiciary. As a famous U.S. judge once noted, “The political branches of government claim legitimacy by election, judges by reason.”

I was therefore struck when a recently appointed judge at the Delhi High Court publicly pronounced at a conference that judges need not give “reasons” for issuing intellectual property (IP) injunctions, since they know best and decide with “conviction”. This was a bit ironical, since just a few months prior to this conference, a former judge of the Rajasthan High Court had gone on record with his strong “conviction” that peacocks propagate their progeny not through sex, but through tears.

Clearly there is much to be said for conviction. And to lowly “reason”, we must therefore return. Fortunately, the collegium has now decided to make its “reasons” public — at least, some of it. Last Friday, the apex court released resolutions pertaining to the selection of judges for the Kerala and Tamil Nadu High Courts.

Given that the collegium has operated in a shroud of secrecy for more than two decades now, this is nothing short of revolutionary. Unfortunately, this path-breaking development for judicial transparency falls a bit short on some counts. For one, it does not detail the “metric” or methodology for measuring judicial merit. Rather, while assessing the quality of judgments penned by the candidate as a trial court judge, it simply states: “As regards Smt. T. Krishnavalli… Judgment Committee has awarded her Judgments as ‘Good/Average’.”

And similarly for “Shri R. Pongiappan”.

We are not told as to who or what this “Judgment” committee is. Or which “judgments” of the said candidates were being considered? Or even what counted as a “good” judgment, as opposed to an “average” one. Most problematically though, we’re left wondering how “average” judgment writing skills made the cut to one of the highest constitutional posts?

If we’re serious about judicial merit, we have to be more rigorous in our measurement, particularly on factors such as the quality of the “judgment”, i.e. how well the judge writes and reasons out her decision.

To this end, we must begin with legal clarity or “legibility”. Access to law means nothing if it takes specialised legal genius to determine the essence of a ruling. Given the verbosity of some decisions, it is well-nigh impossible to locate the “ratio” of a decision (legal terminology for the operative part of a judgment). Illustratively, the Ayodhya verdict ran into more than 1,000 pages, guaranteeing that not many people in the entire country would have read it.

One might be forgiven for thinking that this volubility encodes a great deal of insightful judicial analysis. Hardly. As Justice Ruma Pal, a former judge of Supreme Court, once lamented: “Many judgments are in fact mere compendia or digests of decisions on a particular issue with very little original reasoning in support of the conclusion.”

Add to this frame the rather tortuous language and purple prose deployed by those that think themselves to be the next Justice Krishna Iyer in the making. And one can well understand why, when other jurisdictions are busy engaging in a critical analysis of the law, we’re still stuck with: what precisely is the law? In March this year, the Supreme Court castigated a High Court judge for rendering a decision in language so dense that it bordered on the mystical. But a quick search revealed that just a week ago, the very same judge issued another decision in similarly spirited language.

If we are serious about judicial merit, we have to do better than this. Granted, the strength of judgment writing alone cannot be the sole criterion, and one has to also assess other attributes such as integrity, collegiality, work ethic, fairness, independence, etc. But these are not as readily amenable to empirical measurement as is “judicial reasoning”.

The collegium resolutions do speak to some of these more subjective virtues, but again in a rather rushed and inscrutable manner. Sample this statement about a candidate’s supposed integrity (or lack of it): “As regards Shri A. Zakir Hussain (mentioned at Sl. No. 3 above), keeping in view the material on record, including the report of Intelligence Bureau, he is not found suitable for elevation to the High Court Bench.”

And similarly, for a certain “Dr K Arul”.

Just three lines disposing of Mr. Hussain and Dr. Arul. No mention of the quality of their judgments, what colleagues had to say about their collegiality, etc. But simply some undisclosed “material on record” and a secret IB report. The very same IB that allegedly ambushed one of our finest lawyers, Gopal Subramanium, and thwarted his chances of travelling to the apex court.

In order to uphold constitutional values such as judicial independence, our judges were compelled to arrogate to themselves the power to pick their very own. At the very least, they must ensure that those that are picked are truly meritorious: and certainly above “average”.

The latest move by the collegium marks a monumental milestone in our judicial history. While it needs to be applauded with all the vigour we have, we also have to be mindful that this is only the beginning, and much more remains to be done. To begin with, the collegium needs to make public its methodology for measuring “merit”. Institutional alternatives to the collegium make no sense, unless one first works out an optimal metric for measuring merit.

Quoting from the superhero series Spiderman, a Supreme Court judge once said: “With great power comes great responsibility.” And “accountability”, if I might add.