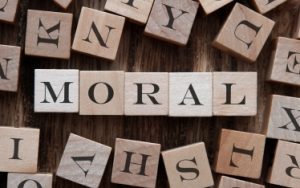 It has been said that when a work is created, it assumes the personality of the creator; that it is an extension of the author’s own personhood. In extension of this theory, it has also been agreed that the author assumes over the work created by him, certain rights that are not only inalienable to him (i.e. rights that are absolute; that cannot be transferred) but also, are unique only to him – the human creator of the work. In the civil law countries of continental Europe, such as France, Germany and Italy, this was the context (or should I say: basis?) to the high standard of recognition of an author’s moral rights. Or in other words, the acknowledgement of certain rights that remain with the author, even after he/she has parted with the economic rights guaranteed to him under copyright law.

But before I get ahead of myself, I’d like to highlight a particular recent development that brought the moral rights question back into the (Indian) limelight. Earlier this month, Javed Akhtar reportedly sent a legal notice to Indian pop icons, Amaal and Armaan Malick alleging the infringement of his moral rights under Section 57 of the Copyright Act, 1957. At the centre of the dispute, is the recently released song “Ghar se nikalte hi” composed by Amaal Malick. The song is admittedly a reprised version of the original version, going by the same name, which was composed by Bhushan Kumar, back in 1996. While the new version was lyricised by Kunaal Verma and performed by Armaan Malick, the original version was written by Mr. Akhtar and performed by Udit Narayan.

According to the few reports (see here, and here) available on the matter (I have not been able to access the text of the legal notice), in the instant case, the reprised version – albeit with a different composition and with different lyrics through the length of the song, uses the “mukhda” of the original song verbatim. (Notably, a “mukhda” of a song is the first stanza of a song, and also one of the most important parts of the song – as it sets the tone of the song. Readers may access the original song here, and the reprised version here, for more clarity). Accordingly, Mr. Akhtar has claimed that the reprised version has infringed his moral rights under section 57. To be clear, Mr. Akhtar has alleged (a) that the new version – by acknowledging only Kunaal Verma as the lyricist – infringed his moral right of paternity i.e. right of association with the literary work as its author; and (b) that the new version infringed his right of integrity i.e. the right to prevent his work from being mutilated and distorted in a way that is prejudicial to his honour and reputation.

Who owns the economic rights?

At present, the rights to both the original song as well as the new version, reportedly belong to T-Series. Meaning – T-Series is the publisher of both the versions and for all intents and purposes, is the owner of the copyright vested in them. In terms of subject matter of copyright, this would include the musical work, the literary work as well as the sound recording. Given that the present dispute involves allegations of plagiarism of only the lyrics, it would be appropriate to separate the literary work from this unified whole. Thus, it can be said that being the publisher, T-Series has the legal capacity to not only authorise the making of the reprised version, but also, authorise the use of lyrics of the original song. (See here for a discussion on remix and cover versions under copyright law).

The fact that the reprised version poses no identifiable problem in terms of the economic rights vested in the original version makes the present claim rather interesting. As can be clearly seen, this is a moral rights claim potentially arising out of valid contractual dealings between the parties. Assuming that the particular economic rights associated with the literary work in question would have been validly disposed at the time of the creation of the original song, this issue opens up some thought provoking questions: what could be the motivation behind such a claim (demanding damages upto Rs. 10 crores, no less!) being made now? Is there something to be said about the economic aspects of moral rights? Further, do the interpretation and application of moral rights affect the exercise of economic rights (both by copyright owners as different from authors, and also by third party users)? If yes, then in what ways and to what extent?

To even begin to answer these questions, it is important to first (albeit briefly) trace how moral rights are understood in the international context. To do this, I place reference on the moral rights regime as followed in Continental European countries such as France. As introduced at the beginning of the post, these countries document the highest possible moral rights protection and in that way, exist as a sort of standard to the rest of the world. In these jurisdictions, moral rights have been recognised to be of four different types: the rights of (1) paternity, and (2) integrity, as discussed above; (3) the right of publication i.e. the right to choose whether or not to publish one’s work; and (4) the right to withdrawal i.e. the right to remove a work from circulation. The high standard of moral rights protection in these European nations is different from the standard adopted by the rest of the world. This becomes clearer with some reference to the Berne Convention – which is the primary international convention dealing with copyright. While the Berne recognises the first two rights and demands its promulgation into national law of all the Berne countries, the rights of withdrawal and publication do not find expression within it.

It has been argued that the reason for this non-inclusion is the same as the reason behind the lack of a uniform, international arrangement in favour of inalienability of these rights. (We have previously discussed the inalienability of moral rights, here.) Although Article 6Bis, codifies moral rights under the Berne Convention and provides that moral rights cannot be transferred along with economic rights, it makes no express indication that these rights are in-alienable or non-transferable. The reason behind this is crucial, because it strikes at the heart of our point of discussion: non-inclusion of the rights of withdrawal and publication and express inalienability of moral rights would ideally prevent authors from being able to accumulate a higher bargaining power against publishers. This bargaining power assumes great importance in the context of any and all contractual dealings undertaken by authors to commercialise their economic rights. For example, the untethered, unlimited power of the author to object to a “distortion/mutilation of a work amounting to prejudice to an author’s reputation” or even the “right to withdraw a work from circulation (after having offered the required compensation)”, could severely affect the producer or publisher’s freedoms and incomes in the making of authorised derivative works.

How moral are our moral rights?

Evidently, then, the true importance of moral rights lies in the economic power that it helps the author retain – at least in theory. This is stronger within the Indian context – especially in view of our 2012 copyright amendments. As our readers are sure to be aware, the amendments made it possible for “authors” of a work to retain the right to royalty from the authorised use of a literary or musical work included in a film/sound recording, even after copyright in the same had been assigned. So, in essence, the provisions of section 57 of the Copyright Act supplement this amendment to section 18 of the Act. The right of paternity would guarantee lifelong attribution of authorship, and the section 18 amendment would guarantee that the author of a work is able to successfully exercise the right to share royalties even after an assignment of the economic rights in his work.

It is pertinent to note, however, that the Indian Copyright Act makes no express mention of the duration and inalienability of moral rights. As of now, the language of section 57 merely indicates that moral rights are retained even after the assignment of economic rights. Meaning, moral rights cannot be said to be assigned along with the assignment of economic rights. Even so, nothing prevents authors from voluntarily, and separately doing away with them via contract. This means that the bargaining power is still (to a great extent) in the hands of the publisher. Further, this would mean that users can influence terms of a contract to be in favour of a waiver/transfer of moral rights. Such a waiver or transfer would ensure publisher freedom, and to a large extent, the wrenching away of the rights to monetary benefits from the hands of the author.

At this point, there are a few related questions that spring to mind: Does this bargaining power exist merely in theory, or does it translate into a practical retention of power in the hands of the author? What is the real bargaining power of authors that aren’t first owners of copyright, such as authors of works made for hire? Similarly, can an express provision of waiver of moral rights by contract override the provisions of section 18 of the Act i.e. if say, the author is assigning away his economic rights via contract, and also agrees to waive his moral rights, would that affect his right to equal sharing of royalty u/s 18, given that he has effectively waived his right to attribution of authorship? And finally, if the status of protection of moral rights does affect the exercise of economic rights, what is the ideal scope of moral rights protection for a country like India?

In Part II, I attempt to answer some of these questions, by also studying each of the two moral rights, the scope of their protection internationally, and their relationship with derivative works. Until then, these questions are also open to readers for their valuable thoughts and comments.