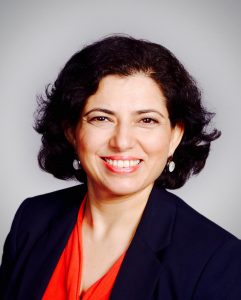 We are pleased to bring to you a guest post by Dr. Deepa Kachroo Tiku on the recently delivered judgment by the Delhi High Court in the Monsanto-Nuziveedu dispute. Dr. Deepa is a partner at K&S Partners and based out of the Gurgaon (Nation Capital Region) office. She is a registered Patent Agent with the Indian Patent Office and an attorney at law. She specializes in the area of Life Sciences, with an emphasis on patent drafting, prosecution and contentious practice, particularly biotechnology and pharmaceuticals as well as biomedical, nanotechnology, chemistry and polymer related inventions. Her practice also involves advising both domestic as well as International clients on Plant Variety Protection in India as well as Biodiversity Act of India. Deepa also advises on enforcement of patents, freedom to operate, due diligence, technology transfer and licensing. She is a regular speaker at various IP Fora and works on IP policy related issues as well.

The views expressed in this post are her personal views.

When the Guard of the “Boll-Guard” Fell!

The Delhi High Court’s order in the legal battle between agro-biotech giant Monsanto and Indian seed giant, Nuziveedu, was a good prompt to write about the wired subject of patentability of plant biotech inventions in India. This case presents a unique story as it has a complex background of monopoly in the technology, farmers rights and a nation that is continuously trying to balance IP rights vis-à-vis public interest. I will however, refrain from getting deep into all of that and focus on specific areas which I perceive will have large ramifications on patenting in this field.

With due respect to the Learned Bench, I must say, I am disappointed with at least the fact that the final order was passed with a fleeting analysis of the science involved and interpretation of claims granted on the invention which made it possible for Indian farmers to grow cotton without getting attacked by the notorious Cotton Bollworm. Surprisingly, the parties agreed that the issue of patentability under section 3(j) could proceed on the basis of the material on record without any trial. Accordingly, the Bench proceeded without any expert evidence which is otherwise very critical in deciding the merits of the claims.

The order goes to the extent of stating that all processes involving plant biotechnology are eventually “essentially biological processes”. This in my view, is a dangerously erroneous understanding.

Effective January 1, 2005, India opened up the possibility of patenting biotechnology-based inventions including novel products and processes involving human interventions. In accordance with the flexibility provided as per the TRIPS provisions, certain subject matter was kept outside the purview of patentability under Section 3(j) of the Patents Act, 1970. This included among others, “plants or animals per se or parts thereof” and “essentially biological processes”. Microorganisms involving human intervention were, however, excluded from this preclusion. Plants were to be protected under a separate sui generis system for which the Protection of Plant Variety & Farmers Rights Act (“PVP Act”) of 2001, was brought into force. The Court, in its order, makes an observation that while the definition of “chemical process” in the Act was amended to include biochemical, microbiological and biotechnical processes, the exclusion of “essentially biological processes” provided by section 3(j) and a simultaneous enactment of the PVP Act indicates that the Parliament did not intend to afford patent protection to processes which involved essentially biological processes and products which are plants or animals per se or parts thereof. While this observation is prima facie correct, the Court has proceeded to apply the same erroneously.

The Patents Act does not provide a definition for the terms “parts of plants or animals” or what constitutes an “essentially biological process”. Thus, since 2005, patent practitioners and patent examiners/controllers have relied upon commonly available dictionary definitions of these phrases or on the European Patent Convention (“EPC”) and the Directive 98/44/EC of the European Parliament (“Biotech Directive”) which also excludes these types of subject matters. Art. 2(2) of the Biotech Directive as well as Rule 26(5) of the EPC states that “a process for the production of plants or animals is essentially biological if it consists entirely of natural phenomenon such as crossing or selection”. Further Art. 4(1)(b) of the Biotech Directive precludes from patentability, essentially biological processes for the production of plants or animals. Art. 4(3) however clarifies that Art 4(1)(b) will be without prejudice to the patentability of inventions which concerns a microbiological or other technical process or a product obtained by means of such a process. Article 53(b) of the EPC echoes the same.

While the order applies the “Tomato” and the “Broccoli” decisions of the EPO Enlarged Board of Appeals to evaluate the meaning of “essentially biological processes”, it is important to know that these decisions pertained to patents on new varieties of tomato and broccoli produced using natural methods of crossing and breeding. Neither of these varieties were transgenic and therefore, no recombinant construct was introgressed to prepare these varieties with improved traits. Hence the reliance on these orders to assess whether Monsanto’s patent which covered Bt cotton recombinant nucleic acid and constructs, invented by Monsanto through wet lab biotechnology, appears misplaced to me.

It is also important to note that in Europe, transgenic plants and animals and biotechnological methods of producing them remain patentable. The consequence of the above decisions and subsequent amendment in the European Patent Rules is that plants and animals obtained by methods which include classical breeding steps (i.e., those which only result in a mixing of genes of the parental lines) are not patentable before the EPO.

The Court interprets the Tomato and Broccoli rulings of the EPO as instructing that “essentially biological process” has to be interpreted in a manner, such that, human intervention, does not take it out of the exclusionary sweep of section 3(j), unless it results in fundamental alteration of the character of a known process of production of plants or seeds. However, surprisingly, the Court ignores the fact that the claims of Monsanto’s patent indeed cover human intervention which resulted in a recombinant construct which fundamentally altered the wild type cotton plant.

Moreover, the issue of greater concern is not the method of producing the transgenic plant or the subsequent varieties containing the Bt trait. The issue is that of the enforceability of the recombinant molecule which is lawfully patentable under section 3(j) as a chemical entity. The Court finds that said entity is a “part” of the plant per seand hence not patentable under section 3(j). This is again flawed as the intent of the patentability exclusions under section 3(j) was not to keep scientific innovations in biotechnology off patent limits, but to exclude higher life forms such as plants, animals or parts thereof including seeds, etc. from patenting. This is also clear from the fact that it did not exclude lower forms of life, such as microorganisms, so long as there is human intervention involved. So, to interpret that a recombinant construct which renders a specific trait to a transgenic plant, is a part of the plant in terms of exclusions under section 3(j), appears flawed. Hence, in my understanding, claims directed to the nucleic acid construct did not attract section 3(j) and the Court appears to have erred in invalidating the same purely on this ground.

I have to admit, however, that the premise of the nucleic acid construct being construed as a microorganism by Monsanto appeared to be flimsy and it only added to the Court’s confusion in assessing the real fit within the exclusions under section 3(j).

Coming to the issue of enforceability of the patent claims: Monsanto asserted that Nuziveedu’s hybrid varieties infringe the claims directed towards the nucleic acid constructs as they are a part of the said varieties. In other words, the new varieties could never have the traits that they have, in the absence of Monsanto’s construct. But the Court finds that “any future propagation of the transgenic plants (after introgression and hybridization) and subsequent transfer of the Bt Trait in such plants/seeds, will be a process of nature, and no step of human intervention can impede such transfer of the sequence. Therefore, it would be contrary to law and Parliamentary intent to enable Monsanto to have patent rights over the nucleic sequence once it has been duly introgressed and hybridized into the transgenic plants”. The Court further states that “the moment the DNA containing the nucleotide sequence (subject patent) is hybridized to produce the transgenic seeds/plants; the seeds/plants fall within the purview of the PV Act, and, above, the process of creation of such seeds/plants are also excluded from patentability as they squarely fall within the meaning of an “essentially biological process” that is exempted from patentability within the meaning of section 3(j), as well. For these reasons, it is held that the subject matter, the concerned nucleotide sequence over which Monsanto has patent rights and the process is unpatentable by reason of Section 3 (j) of the Patents Act”.

One, what Monsanto has patented is a novel recombinant nucleic acid construct (engineered sequences) which when incorporated into a wild type cotton plant, imparts certain novel traits to said plant. The “use” of this patented technology by a third party to gain traits for its hybrid varieties for commercial use, would be infringement unless proven otherwise by technical data that the said traits are not imparted by the novel construct. The Court’s finding that the “process” of producing the future generations of plants is beyond human intervention is accordingly not very convincing as the “use” of the patented sequences is completely side-lined with this approach.

Secondly, connecting the patentability of the novel nucleotide sequences with “essentially biological process” involved in a future scheme of natural crossing, breeding and selection processes to produce new plant varieties, is also erroneous as these are two distinct items. While the construct was genetically engineered by a human team, the process of transfer thereof into future generations has nothing to do with what Monsanto claimed, except that they lawfully had protected any unpermitted use of the novel nucleotide sequence.

It will be interesting to see if Monsanto appeals before the Supreme Court and how things unfold in the Apex Court. Further, whether Monsanto approaches the PVP Authority to register its parent transgenic Bt Cotton plant, and whether that will provide them the required protection for this IP, is an aspect which I do not wish to address here.

Ag-biotech research is one area which needs a big boost in India as in the decades that we have been using the Bt Cotton technology to reduce crop losses in cotton, we have failed as a nation to produce a better and a competitive technology. We better not lose sense of this reality!

Disclaimer: Views are personal and neutral towards both parties.