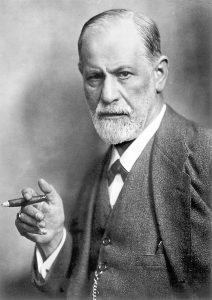 In Gillette Company LLC vs. Tigaksha Metallics Private Ltd, the Delhi High Court recently passed an order deciding to extend an ex-parte injunction restraining the defendant from infringing the plaintiff’s mark. Interestingly, the decision in favour of the plaintiff hinged a lot on psychological theories, about associative thinking and memory retrieval, read and endorsed by the judge.

The plaintiffs argued that:

On the other hand, the defendants argued that their product was being sold under the mark of ZORRIK for more than 50 years. The association of the sword-image and TALVAR with the mark ZORRIK was likely to negate any impression of similarity or confusion between the marks. The respondents also claimed to have spent over INR 2 crores on advertising their brand and argued that barbers (the primary consumers) would recognise the difference between the two brands.

Rejecting the notion that the consumer was to be considered as a barber, the court noted that the determination of similarity depends on whether a consumer with ordinary intellect would be able to distinguish the goods on the basis of the marks.

And now the interesting part! Justice Endlaw began by stating that it was high time that courts refined their similarity analysis by taking advantage of “sweeping scientific advances in the study of the human mind”.

Embarking on this journey, Justice Endlaw relied on large parts of a judgment he had written in 2014 in Allied Blenders & Distillers Pvt Ltd v Shree Nath Heritage Liquor Pvt Ltd (which has been covered on the blog here and here). As in the present case, the court had relied on studies of consumer psychology, associative thinking and memory to make a determination on whether the idea conveyed by the mark is similar, and therefore likely to cause confusion. In Allied Blenders, the court had found that OFFICER’S CHOICE and COLLECTOR’S CHOICE were similar since the words ‘officer’ and ‘collector’ both represented ranks with authority and would, therefore, be likely to cause an associative link in the mind of ordinary consumers. That is, ‘officer’ and ‘collector’ are hyponyms of ‘ranks with authority’, and therefore, likely to be associated with each other.

To further emphasise this point, Justice Endlaw cites a survey conducted in which –

“The study revealed that, when five brands of the same type of product: ‘Orange Juice’, were named on the basis of a shared conceptual background (all five being named after different islands in the Caribbean: ‘Bahamas’, ‘Bermuda’, ‘Aruba’, ‘Dominica’ and ‘Barbuda’), the consumers’ ability to distinguish the various brand names was found to be poorer due to this shared conceptual background.”

Similarly, the court noted that synonyms would have a similar effect on infringement analysis, with marks such as AQUA-CARE and WATER-CARE being already found as similar.

In the present case, it was found that the use of TALVAR results in an association with SWORD in the minds of the consumer. Additionally, Justice Endlaw opined that the presence of ZORRIK, which is phonetically and visually distinct from WILKINSON, does not save the respondents because it is not perceived to affect the association of SWORD and TALVAR. Further, the court also relied on the wording of Section 2(1)(zb)(ii) of the Trade Marks Act, 1999, which defines a trademark to include marks “…whether with or without any indication of the identity of that person…”. In the paradigm of similarity, the court extended this provision to render irrelevant the existence of a phonetic difference between ZORRIK and WILKINSON.

In order to buttress this line of thinking the judge cites extensively from the literature on the human brain and cognition. For instance, he notes –

“ […] but having recently read the book “Thinking, Fast and Slow” by Daniel Kahneman, a Professor of Psychology and a Nobel Laureate, on the subject of how the human mind thinks and how we make choices, and in Chapter-4 titled “The Associative Machine” of which the learned author had dealt with “the association of idea” and on the basis of research conducted found that most of the work of associative thinking is silent, hidden from any conscious selves […]”

The court also relies on McCarthy on Trademarks and Unfair Competition heavily and in particular this excerpt:

“[The] mental impact of similarity in meaning maybe so pervasive so as to outweigh any visual or phonetic differences that is the psychological imagery evoked by the respective marks may overpower the respective similarities or differences in appearance and sound.”

This judgment is pioneering in its attempt to infuse some inter-disciplinary learning from studies of the human brain and how we think and retrieve memories. However, there is cause for concern.

For one, if associative thinking is the benchmark for trademark infringement, it will end up cordoning off entire spectra of words and concepts into the monopoly kitty of the trademark proprietor. Denying to competitors and the public the ability to freely use words and concepts.

Secondly, given that judges are generally not trained in the social sciences, and social sciences are generally an inaccurate science, it would be wise to use it only in cases where it is absolutely necessary, following a doctrine of ‘social sciences avoidance’. This doctrine recognises that in certain cases using social science is inevitable, but posits that in all other cases that judges should refrain from using it. In the present case, one expected that there would be a stronger reliance on the more traditionally accepted factors for TM infringement analysis, such as phonetic and visual similarity. Rather the decision hinges heavily on theoretical psychological assertions, citing even the works of the controversial Sigmund Freud!

Using psychology to determine similarity will also lead to real-world complications. The subjective nature of the inter-disciplinary analysis will result in an uncertainty in the breadth of protection accorded to marks. Trademark Officers and judges alike will require extensive training in psychology as well!

Indeed, on the aspect of uncertainty and a slippery slope of overbroad protection, Justice Endlaw himself notes –

“ […] it is important to create a parameter within which marks conveying similar ideas should be accorded protection under trademark law. This is because if protection is accorded to the sense relation of a word, it raises a slippery slope as to what extent such monopoly over the sense relations be extended under trademark law. For example, in contrast with five brands of Orange juice named after islands of the Caribbean would naming a brand of orange juice after any other island X (which is not in the Caribbean) would also be prohibited in stating that island X is a hyponym of the broader hypernym ‘Island’?”

As a solution to this, however, the judge simply prescribes a healthy dose of self-restraint on the part of judges. Even if judges did attempt to exercise restraint, there are little objective criteria on the basis of which they may do so. Using a particular study is an inherently subjective decision, given the nature of social sciences.

To conclude, while it is certain that the inclusion of psychological studies and Sigmund Freud does make for a better read of the judgment, one must remain sceptical of its usage in judicial decision-making, particularly when it is used to subvert older and more traditionally accepted tests of visual and phonetic similarity.