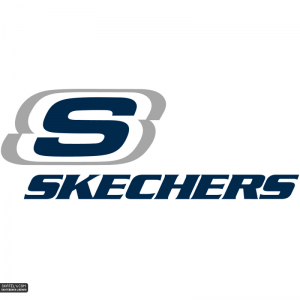 We’re pleased to bring to you a guest post by Abhimanyu Chopra. Abhimanyu is a Senior Associate at AZB & Partners. He has obtained his B.A. LL.B. (Hons.) degree from Amity Law School, New Delhi and his LL.M. degree from New Law College, Pune and is currently pursuing his PhD in Cyber Law from Amity Law School, Noida. He is also a qualified cyber forensics expert. He is currently practicing in the area of commercial litigation and arbitration with special focus in the area of IP & technology law. His expertise also extends to competition law, gaming law and the Insolvency and Bankruptcy Code. He has authored two books, one in the realm of cyber law and the other in that of gaming law and has a number of publications on various areas of law including IP and information technology law. He is also the creator of the Official Delhi High Court App for Android Platform.

Skechers USA v. Pure Play Sports – Implications of Actual Costs and Taxation of Costs – A Notable and Welcome Change In the IP Regime

Earlier this year, vide an order dated 15.05.2018, a suit for trade dress infringement and passing off was decreed in favour of Skechers, in a summary judgement by a Single Judge of the Delhi High Court (Justice Rajiv Sahai Endlaw). The Court granted a summary judgment in favour of Skechers, the Plaintiffs, despite there being no application filed by it for the same. The Court was of the opinion that it has the power to pass a decree in a suit summarily, if it is satisfied that nothing would come out of putting a party through the rigmarole of a trial along with costs.

Skechers USA, along with its affiliated entities, had filed a suit against the four defendants, namely (a) Pure Play Sports, (b) Pearl Enterprises, (c) KVS Logistics Pvt. Ltd., (d) Simandhar Enterprises, for a permanent injunction restraining the defendants from infringing the trade dress of the plaintiffs’ qua shoes and thereby passing off their shoes as that of the plaintiffs’ and for ancillary reliefs of recovery of damages, rendition of accounts, delivery etc. Vide a detailed order dated 25.05.2016, the Court granted an interim injunction and appointed a local commissioner to visit the premises of the defendants to seize the offending goods.

Thereafter, when the matter was posted before the Court, Defendant No. 2 to 4 were proceeded ex-parte as only Defendant No. 1 made the appearance. The Court granted a summary judgment in favour of Skechers on 15.05.2018, despite there being no application filed by it for the same. The Court was of the opinion that it has the power to pass a decree in a suit summarily, if it is satisfied that nothing would come out of putting a party through the rigmarole of a trial. On the basis of the averments in the plaint, the documents filed and the injunction order dated 25.05.2016, it passed a decree for permanent injunction as claimed by the Plaintiffs and costs of the suit from the Defendant No. 1.

The Plaintiffs, thereafter, filed its Bill of Costs as per the procedure enshrined under Chapter 23 of the Delhi High Court (Original Side) Rules, 2018 (“2018 Rules”), which came into effect on 01.03.2018. Interestingly, this was the first time that a party which was awarded costs had actually undergone the process of filing a Bill of Costs, presenting it before the Taxing Officer, leading evidence in support of such costs and arguing the same before the Taxing Officer (Joint Registrar of The Delhi High Court). In my opinion, this option of obtaining costs by filing a Bill of Costs wasn’t undertaken under the 1967 Rules (now replaced by 2018 Rules) solely due to the scale of charges prescribed in the Schedule appended to the Chapter 23 of the Rules. Therefore, it can reasonably be construed that the courts are conscious of the increasing docket explosion and have devised a mechanism to curb time consumed in litigation by imposing actual costs on the parties involved. Additionally, the 1967 Rules allowed for costs to be imposed only at the stage of passing of order and/or delivery of judgment, whereas the 2018 Rules allows for them to to be imposed at different stages of a suit. According to Rule 4 of Chapter 23:

“(a) Parties shall file their respective Bill of Costs at the following stages:-

(b) Notwithstanding Rule 4(a) of this Chapter, the Court may award costs at all or any stage of the case, as the facts and circumstances may warrant.”

In terms of Rule 5, the contents of the Bill of costs, include:- Court Fee, Process Fee Spent, Expenses of Witnesses, including the Actual Reasonable Expenses Incurred on Travel, Boarding and Lodging, if any, and other incidental expenses and Advocate‘s fee including the fee of a Senior Advocate, if any; along with expenses of typing, photocopying and expenses incurred for sending summons by Registered post, speed post, courier, fax, electronic mail service and by such other modes as may have been directed by Court and any other amounts as may be allowable under these Rules or as may be ordered by the Court as costs taking into account:-

Further, Rule 2 empowers the Court to additionally impose actual costs borne by the parties. It provides as follows: “In addition to imposition of costs, as provided in Rule 1 of this Chapter, the Court shall award costs guided by and upto actual costs as borne by the parties, even if the same has not been quantified by parties, at the time of decreeing or dismissing the suit. The Court will take into consideration all relevant factors including (but not restricted) the actual fees paid to the Advocates/ Senior Advocates; actual expenses for publication, citation etc.; actual costs incurred in prosecution and conduct of suit including but not limited to costs and expenses incurred for attending proceedings, procuring attendance of witnesses, experts etc.; execution of commissions; and all other legitimate expenses incurred by the party, which the Court orders to be paid to any party. In addition to the imposition of costs as above, the Court may also pass a decree for costs as provided in Sections 35-A and 35-B of the Code or under any applicable law.”

As per the aforementioned rules, the costs are to be determined by the Taxing Officer, which is the Joint Registrar, on the filing of a bill of costs by the party concerned. To arrive at the “actual cost”, the Taxing Officer has the power to appreciate the documentary evidence put forth by the party and entertain objections, if any, as well. In the present matter, vide an order dated 20.08.2018, the cost was awarded by Joint Registrar and taxed at Rs. 86,98,173.05 (Rupees Eighty-Six Lac Ninety Eight Thousand One Hundred and Seventy Three and Five Paise only). The cost, imposed in favour of Skechers, includes the amount paid by the American footwear brand towards expenses incurred by it on litigation, local commissioner and court fees.

This case is extremely important on two counts:

P.S. The author represented the Plaintiffs i.e. Skechers USA Inc. and its affiliate entities in the case.