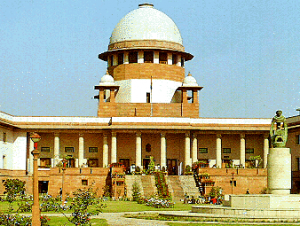 In a recent decision, Wockhardt Limited vs. Torrent Pharmaceuticals Ltd., a 2-Judge Bench of the Supreme Court clarified certain important principles of passing off of trademarks and delays and acquiescence.

Pharmaceutical company, Torrent (“Plaintiff/ Respondent”) owns branded drugs named “CHYMORAL” and “CHYMORAL FORTE”. These drugs are used to alleviate swellings and wounds which may occur post-surgery. Rival company, Wockhardt, (“Defendant/Appellant”) started selling products under the name of “CHYMTRAL FORTE”, thereby merely substituting the letter ‘T’ with that of ‘O in the Respondent’s trademark using a deceptively similar trademark. On being approached by the Plaintiffs, the single judge Bench of the Bombay High Court refused to grant an interim injunction in their favour on the ground that no case for passing off had been made. A Division Bench of the Court, however, reversed this decision and granted the required injunction to the Plaintiff, stating that a clear case of passing off was made out by the facts of the case. The matter was thereafter appealed to the Supreme Court.

Ingredients of Passing Off

In common law, passing off is the right to protection of goodwill in business against misrepresentation by another and preventing likelihood of damage arising from such misrepresentation. Apart from deceptive similarity of products, several other factors need to be looked into for constituting a passing off claim, some of which are mentioned here. The Classical Trinity test postulates that the following should be proven: (1) goodwill owned by the claimant (2) misrepresentation by defendant; and (3) the likelihood of damage to that goodwill.

Apart from the above, certain other factors need to be considered too. Proof of false representation (which may be intentional or unintentional) which led public to believe that trademark belongs to defendant needs to be given. The single judge Bench of the Bombay HC has also held that “it is never necessary to show fraud or fraudulent intent and the defendant’s state of mind is irrelevant.”

On Delays and Acquiescence

Acquiescence is a species of estoppel and consists of express or implied assent to invasion of one’s rights, done through certain “positive acts” i.e., by sitting by or by refusing or failing to act. Such acts cannot be constituted of mere silence or inaction.

The single judge Bench of the Bombay HC drew a sharp line of dsitinction between delay and acquiescence. For acquiescence, it held that “knowledge of the defendant’s mark and product” coupled with “a long period of inaction against the alleged invasion of a claim of exclusivity”, it is no answer to say ‘there is no positive act’, for acquiescence is also not explicit consent, but is silent assent. Mere inaction is not acquiescence either, but prolonged inaction coupled with the knowledge of an invasion of that right might well be. It held that Plaintiff’s acts amounted to acquiescence since they were lying by for a long duration and they had done positive action making defendant believe he could start his business. The Division Bench, however, held that it did not amount to acquiescence since the Plaintiffs had never created such false impressions through their “positive acts”. (For more clarity on the concept of delay, refer to Prof. Basheer’s post, where he explains when delays amount to laches.)

The SC adopted a similar approach as that of the single judge bench of the Bombay HC and stated that fraud was not required to prove passing off. Relying on a 2001 SC judgment, it held that “though passing off is, in essence, an action based on deceit, fraud is not a necessary element of a right of action, and that the defendant’s state of mind is wholly irrelevant to the existence of a cause of action for passing off, if otherwise the defendant has imitated or adopted the Plaintiff’s mark.” On the matter of delay and acquiescence, it merely concurred with the Division Bench and did not add any extra observations of its own.

This verdict helps in reaffirming principles which have previously expressed by the High Courts of Delhi, Bombay, etc. Certain questions remain unanswered, though. It is unclear whether the Court draws a distinction between the concepts of fraud and deceit. Although the Supreme Court clearly states that fraud is not a necessary element of passing off in its decision, it does not similarly express that deceit, too, is not necessary for the same since it states that passing off is “an action based on deceit”. Also, if we are to conclude that deceit is necessary for proving a passing off claim, what would constitute as deceit and does the same differ from ‘deception’?