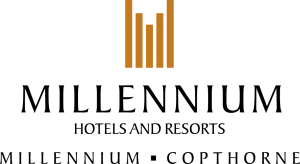 In Kokanratna Holiday Resorts vs. Millennium & Copthorne International Limited, the Bombay High Court recently passed an order that required the Defendant to give prior, written notice of 7 days to the Plaintiff before initiating any legal proceedings against them pertaining to the trademark ‘Hotel Millennium Park’. The order passed ex parte by Justice Kathawala, therefore precludes the Defendant from initiating ex parte proceedings to claim interim relief against the Plaintiff.

The Plaintiff is a hotel based in Maharashtra, while the Defendant is a multinational hospitality company, although, it does not have a hotel in India yet. The Plaintiff approached the court under Section 142 of the Trade Mark Act, 1999, which prohibits groundless threats of legal proceedings against holders of registered trademarks. The Plaintiff’s claim was that, the Defendant, through a series of letters threatened to sue the Plaintiff for using the trademark ‘Hotel Millennium Park’.

The Plaintiff, on a prima facie examination, were found to be using this trademark continuously since 2001, and were concerned that the Defendant could initiate legal proceedings against it anywhere within India, since the trademark was also used in the domain name of its website. It is to prevent this from happening that the Plaintiff approached the Bombay High Court.

In ruling for the Plaintiff, the Court found the prima facie finding pertaining to the validity of the Plaintiff’s trademark, along with the series of letters threatening legal action from the Defendant to be sufficient. In the order, Justice Kathwala also remarked that providing this relief to the Plaintiff would not cause much harm to the Defendant. Given that communication has been ongoing between the parties have been going on for 6 years, it would be fair to presume that depriving the Defendant the speedy relief of an ex parte order would not cause any harm.

The Scope of Section 142: Discussion

I look into two questions that arise for consideration:

(1) Where a person, by means of circulars, advertisements or otherwise, threatens a person with an action or proceeding for infringement of a trade mark which is registered, or alleged by the first-mentioned person to be registered, or with some other like proceeding, a person aggrieved may, whether the person making the threats is or is not the registered proprietor or the registered user of the trade mark, bring a suit against the first-mentioned person and may obtain a declaration to the effect that the threats are unjustifiable, and an injunction against the continuance of the threats and may recover such damages (if any) as he has sustained, unless the first-mentioned person satisfies the court that the trade mark is registered and that the acts in respect of which the proceedings were threatened, constitute, or, if done, would constitute, an infringement of the trade mark.

(3) Nothing in this section shall render a legal practitioner or a registered trade marks agent liable to an action under this section in respect of an act done by him in his professional capacity on behalf of a client.

(4) A suit under sub-section (1) shall not be instituted in any court inferior to a District Court.”

What Kind of Legal Proceedings fall within the ambit of Section 142?

Section 142 provides a remedy against groundless threats of “an action or proceeding for infringement of a trade mark […] or other like proceedings”. The scope of the threats, therefore, is limited. While it clearly includes trademark infringement suits, there is lesser clarity with respect to passing off actions.

However, in cases such as Dolphin Laboratories Pvt. Ltd. v. Kaptab Pharmaceuticals and Lakshmi PVC Products v. Lakshmi Polymers, courts have held that a passing off action is included in the phrase “other like proceedings”, and therefore, threats consisting of the same can be adjudicated under Section 142. Similarly, P. Narayanan argues that “other like proceedings” would also include criminal proceedings, since Section 142 is meant to protect businesses from any and all legal proceedings that affect it adversely.

Section 142 expressly states that in cases where there is a groundless threat, the plaintiff can obtain a declaration stating that the threats are unjustified, an injunction against further threats, and recover any damages sustained due to these threats. These remedies seem to be listed in an exhaustive manner, suggesting that the provision does not warrant any additional remedy.

However, in the present case, an order which effectively bars the Defendant from initiating ex parte proceedings in any situation has been passed. This is clearly outside the ambit of Section 142. It is also inconsistent with existing jurisprudence on the provision, which has consistently refused to pass an order that prohibits the Defendant from initiating legal proceedings of passing off, despite finding their threats to be groundless.

In Dolphin Laboratories (mentioned above), the manufacturer of a drug was threatened with legal proceedings by the defendant for using the concerned mark to sell drugs. One of the reliefs sought by the plaintiff was an injunction that restrained the defendant from filing a suit for passing off. The court emphatically denied this relief and further held that while restraining a person from making unjustified threats, it is not open to the court to restrain him from taking the matter to a court of law and from agitating his rights there. As per the court, this was not the intention behind the provision (Section 120 of the Trade and Merchandise Marks Act, 1958), which is clearly evinced from sub-section 2 of the provision.

Prohibiting the Defendant from obtaining ­ex parte ad interim reliefs clearly deprives them of an important mode to agitate their rights in court. Although the perils associated with ex parte orders are well-known (highlighted on the blog here, here and here), it would not be remiss to note that ex parte ad-interim reliefs are an important legal remedy, which allow for timely intervention in matters which may potentially cause irreparable harm. This order, therefore, clearly strikes a discordant note with existing jurisprudence, which firmly refrains from granting reliefs that prohibit the Defendant from pursuing legal remedies through means other than infringement suits.

The matter is still sub-judice, but it would be interesting to see if this particular order is challenged by the Defendant.