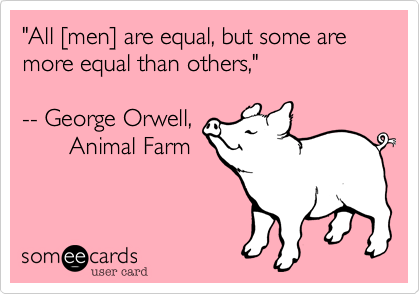 Last week, I was in for a bit of a shock! Spotted this piece on SSRN that touts the idea of an “investment protection regime” for new inventions.

I’d mooted the very same idea (an investment protection regime for inventions) in my PhD thesis more than 8 years ago. This was later published (around 6 years ago) in the Journal of World IP,  as below:

Shamnad Basheer, “The Invention of an Investment Incentive for Pharmaceutical Innovation”, 15 Journal of World Intellectual Property 1 (2012).

I’d put up a copy of the piece on SSRN as well. Also my PhD thesis itself was uploaded on the Oxford database of theses.

Apart from this, I’d also cited the investment protection model in later articles of mine (which I’ve listed in an addendum below this post). Several blog postings on SpicyIP also referred to this model.

And yet this recently released piece titled “Recoupment Patent” (authored by 3 academics from Universities in Israel) makes no reference at all to my piece and its central idea of an investment protection regime. Rather, it goes on to tout this “recoupment” of investment as a “novel” idea. Here is what the recoupment authors state:

Compare this with what I had stated (as the central thesis) in my piece:

“…patents offer a uniform period of protection to all inventions, without regard to the actual investment per drug or its consequent social value.

…I propose a comprehensive investment protection regime that helps recoup all investments incurred during the drug discovery and development process. …Unlike patents and data exclusivity, which offer uniform periods of protection, it rewards investments in a proportionate manner, wherein drug originators are entitled to protection against free riders only until such time as they recoup their specific investments and earn a rate of return on investment dependent inter alia on the health value of the drug.

The formulation of such a regime relieves the patent regime from the task of investment protection, a task for which it is ill-suited. Consequently, countries need not unduly lower their patentability thresholds in order to protect pharmaceutical investments.”

Of course, my idea of investment protection is centred around pharmaceutical drugs and I argue that we must have a separate legal regime for this. Particularly since its relatively easier to do so for drugs (given that they have to cross a “regulatory” filter in order to merit protection). The recoupment authors, on the other hand, propose the investment protection regime for all patentable inventions (as I understand). But does the mere extension of my idea to all patentable inventions give them the leeway to completely avoid referencing my piece?

Shocked and disappointed, to say the least! Are Indian academics (or any academics outside of the mainstream US/EU networks) not worth citing to? Or to paraphrase Orwell: Are some scholars more equal than others?  And this paves the way for yet another piece on the politics of scholarship and citations. Which I hope to do shortly.

Other pieces of mine that refer to the Investment Protection Model