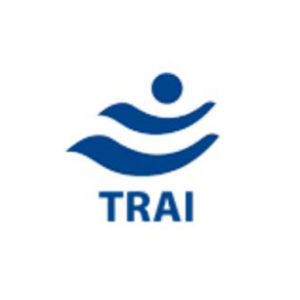 In this belated two-part post, I will try to unpack a judgment of the Supreme Court (available here) from October 2017, on the scope of TRAI’s regulatory power with respect to broadcasting services. It reached the Supreme Court in appeal after the Madras High Court dismissed the writ petition in a split decision.

The impugned provisions were introduced by TRAI due to the practices of service providers that harmed customers by limiting choice in the market for television channels. The practice involved charging disproportionately high prices for channels sold on a standalone basis, and low prices for the same channels when sold as part of bouquets. This practice resulted in a negligible subscription of channels on a standalone basis as opposed to bouquet subscriptions.

Furthermore, service providers also used bouquets to push unpopular channels on customers by clubbing them with popular channels. These practices not only limited customer choice but also resulted in the artificial occupation of the distributors’ network capacity, barring the entry of newer TV channels.

As a result, the Tariff Order and Interconnection Regulations were brought in, which inter alia, made the following changes –

The Supreme Court based its adjudication upon the following issues –

On the first issue, the court found that the impugned provisions did not regulate content. On the second issue, the court held that TRAI has the power to regulate the content of broadcasts in the interest of the public.

This question was important for the court to consider because it was the appellant’s argument that regulation of content fell within the exclusive domain of the Copyright Act, and therefore could not be regulated by TRAI.

The court, however, rejected that the impugned provisions regulate content –

“at no stage is content of a TV channel sought to be regulated, and that pricing relating to TV channels laid down in the [Interconnection] Regulation and Tariff Order is a balancing act between the rights of broadcasters and the interests of consumers, […] The Authority has shown that it does not encroach upon the freedom of broadcasters to arrange their business as they choose. Also, when such discounts are limited [to bouquets], a subscriber can then be free to choose a-la-carte channels of his choice. Thus, the flexibility of formation of a bouquet, i.e., the choice of channels to be included in the bouquet together with the content of such channels, is not touched by the Authority. It is only efforts aimed at thwarting competition and reducing a-lacarte choice that are, therefore, being interfered with.”

Hence, the court ruled in favour of TRAI. It noted that the price ceiling operates only on channels that are sold in the form of bouquets. Channels sold on a standalone basis may be priced freely by the service provider, and therefore, content for these channels would go unaffected. The court also noted that the ceiling price of INR 19 is an improvement on the earlier amount (INR 15.12), and may also be increased from time to time, subject to market conditions.

Although the court decided this issue in favour of TRAI on the ground that the impugned provisions do not indirectly regulate content, I would argue that the court could have also rejected the argument that indirect regulation of content affects rights granted under the Copyright Act.

Indirect regulation, as envisaged in this judgment, reflects the understanding that although TRAI has not directly regulated content (for example, by disallowing screening of religious dramas), it has affected content by reducing the viability of investing in content. However, the content that is being affected by such regulation is necessarily content that has not been created. To argue then, that the impugned provisions violate rights granted under the Copyright Act would be premature, since the broadcast reproduction right comes into existence only after the broadcast comes into existence (Section 37(2) of the Copyright Act). At a stage where content has not been created, therefore, no right may exist under the Copyright Act.

In Part II, I will discuss the second issue discussed in this case, on TRAI’s power to regulate content directly or indirectly.