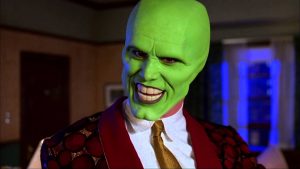 In Bata India v Chawla Boot House, a case concerning trademarking infringement and passing off, the Delhi High Court came down heavily on the practice of ‘defendant masking’. Plaintiffs use this strategy to avoid detection of the matter in cause lists and thereby obtain injunctions in initial hearings without the presence of the main defendant’s counsel. The court took notice of this strategy in this case, and directed stricter measures from the Registry to control it in all IPR suits.

This particular case involves a trademark infringement and passing off suit filed by Bata against the mark POWER FLEX and the tag line THE POWER OF REAL LEATHER used for footwear by the ‘main defendant’, Leayan Global Pvt Ltd. The court found trademark infringement for the mark POWER FLEX. Specifically, it rejected Leayan Global’s challenge to the distinctiveness of the mark POWER in relation to footwear, and further, found their use infringing. However, it did not find that the tagline THE POWER OF REAL LEATHER infringed any of Bata’s trademarks.

The court also gave consideration to a compromise suggested by Leayan Global, wherein they would undertake to use the POWER FLEX mark to market and sell only leather footwear, and not extend it to sportswear, the category for which Bata uses the mark POWER. However, the court rejected this compromise, suggesting that a distinction between these two sub-categories would be artificial, and may unfairly restrict Bata’s future plans of brand expansion.

Interestingly, this case also saw the likes of M.S. Dhoni and Virat Kohli being pitted against each other, with both personalities endorsing Bata and Leayan Global respectively. Their advertisements were used as evidence of bona fide use of the mark POWER by both parties. While the court eventually found that Kohli’s endorsement did not relate to the marks in question, and was therefore irrelevant to the matter, the court did have to listen to arguments suggesting that Virat Kohli was not a prominent personality in 2014!

It would be noticed that while the main defendant in this case is Leayan Global, the first defendant is Chawla Boot House, a retail outlet in Delhi. This represents an attempt by Bata to ‘mask’ the main defendant in this case. This makes detection in cause lists more difficult by hiding ‘Leayan Global’ under the mask of ‘Chawla Boot House & another’ or ‘others’ and increases the chances of obtaining the first hearing, generally on injunctions, ex parte.

The practice of ‘defendant masking’ is not new (Mr Sandeep Rathod had compiled a list of patent cases in which this strategy had been adopted in 2016). In addition to patent suits and trademark suits such as the present one, this strategy has also been identified in a copyright case. In Micolube, the court disparaged this practice, and likened it to coming to the court with unclean hands:

“It is not only in this case, but in several other cases that this Court has noticed this unhealthy trend on the part of the plaintiffs to array the main defendant as defendant No. 2 or defendant No. 3 while naming some innocuous dealer or retail outlet as defendant No. 1. The object is easily discernible. When the counsel for the main defendants scan the list of cases, they would not be able to know as to whether any case has been filed against them so as to enable them to appear on the very first date on which the case is listed before court. The very fact that the plaintiff has also indulged in this practice is also an indicator that it did not want the counsel for the defendant No. 2 to appear on the first date on which the matter was taken up for consideration of the grant or non-grant of ad interim injunction. This fact also disentitles the plaintiff to any equitable relief. I am of the view that the plaintiff has concealed and suppressed material facts from this Court.”

It is clear, therefore, that this practice has been considered improper for a while now. In order to combat its continued practice, the court directed the Registry to ensure strict compliance of the judgment in Micolube and additionally seek an undertaking from the Plaintiff in all IPR cases where there are multiple defendants that the Defendant No.1 being arraigned is the main contesting defendant in the suit. The same is also reflected in a circular issued by the Delhi High Court. However, it would be apt to exercise caution in this process, since defining the ‘main defendant’ may not be a simple task in all cases across IPRs.