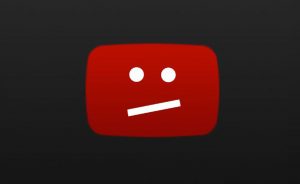 We’re pleased to bring to you a guest post by our fellowship applicant, Antony Moses. Antony is a 4th year student at NUALS, Kochi.

Do Not ‘Broadcast Yourself’ over Trivial Claims: Applying the De Minimis Standard to Copyright Claims on YouTube

Recently, YouTube made changes to its copyright enforcement policy. The new policy prevents copyright owners from making use of the “Manual Claims” tool to claim copyright infringement for:

The Manual Claiming tool enables copyright owners to manually place claims on videos containing their content when a claim is not otherwise registered by the Content ID system, YouTube’s automated infringement scanner. By the earlier policy, copyright owners freely used the Manual Claims tool to register claims and sue such YouTubers who made use of their content, irrespective of the extent of infringement. In such a contingency, any revenue made by such videos would be transferred by YouTube to such claimants, in part or in whole, depending on the size of the claim.

However, by the new policy, such frivolous claims will no longer be considered as a ground for a valid copyright claim.

This shift comes in the wake of aggressive copyright claims made by record labels during the course of this year. Several cases have been reported wherein YouTubers have lost all or most of their earnings to record labels over trivial claims. In worst cases, it has resulted in videos being taken offline. In one such instance, a guitar tutorial video featuring a two-second lick from the Eagles song, ‘Hotel California” was removed. Therefore, by introducing this new policy, YouTube hopes that the interests of both YouTubers and copyright owners will be adequately balanced.

However, the shift comes with a catch. Though copyright owners can no longer monetise such videos via a claim for infringement, they can choose to prevent the creator from monetizing the video or they can block the video entirely. Currently, the policy is effective only against audio claims and though it will result in more blocked videos in the short-run, YouTube expects the shift to be rewarding for YouTubers and for copyright owners in the long run. The online platform expects that copyright owners, instead of tracking down such videos, will just let them go, since the incentive to make money is lost.

Will the Shift Work?

But I opine that this shift is not a sustainable one. Firstly, YouTube’s strategy may not yield the expected results, since, copyright owners could still opt to block monetization or the video itself. Furthermore, what a “short song” would be is still open to debate. Apart from the reference point of the example provided by the Twitter post, a YouTuber is nothing but lost for guidance. Secondly, a majority of the infringing material is caught by the Content ID system. Therefore, if an audio clip is caught by the Content ID system, copyright owners would still be able to monetise such videos, regardless of how brief or unintentional the audio is. Hence, the shift is at best, a band-aid and at worst, a restraint over creativity.

Then, what is the alternative for YouTube? By the operation of Article 13 of the recently enacted European Union Directive on Copyright in the Digital Single Market, YouTube is obligated to take action on copyright violations, irrespective of the degree of infringement, lest their protection under the ‘safe harbour’ provision be taken away.

Furthermore, traditional fair use exceptions do not help in all circumstances.  For example, if we were to take a conservative approach to fair use, merely using 5 seconds of a guitar lick from a well-known song in a music tutorial video may constitute infringement, especially if the same is used for a commercial purpose and if the song is highly identifiable by the public at large. However, on the other hand, these parameters may become invalid in a case where 5 seconds is lifted from several copyrighted audio clips to create an entirely different work. In such a case, it would, arguably, fall under fair use since it falls within the parameters of a transformative work. Therefore, with regards to YouTube videos, the traditional tests of Fair Use may not always be successful.

I opine that the solution lies in distinguishing trivial or de minimis claims from serious cases of infringement. In the 2012 judgment of India TV Independent News Service v Yashraj Films, the High Court of Delhi recognised that the de minimis maxim must have application in copyright law as well.

The application of the de minimis principle will sufficiently assuage the interests of both creators and copyright owners, unlike the present injunction-based policy regime, which strips a YouTuber of his economic rights under Section 14 of the Copyright Act 1957.

But How Much is De Minimis?

There is no quantitative standard as to the amount of infringement that shall fall within the de minimis exception. The current YouTube policy provides an example for use of unintentional audio as 5 seconds. Does that mean that YouTubers are bridled by this declaration? It only seems invidious to assume the same.

There have been clear instances wherein the purported content has been used repetitively throughout the course of a song or atleast, for a period of thirty-five seconds and it was held to be non-infringing.  On the contrary, there have been case laws to the effect that usage of copyrighted content for a period of 16 seconds has been held to be a valid ground to enforce infringement.  Therefore, we may infer that the test for de minimis does not concern itself with the parameters of time.

As Professor Nimmer explains it, the doctrine is employed only, “if so much is taken that the value of the original is sensibly diminished, or the labours of the original author are substantially to an injurious extent appropriated by another, that is sufficient in point of law to constitute a piracy pro tanto[1]”.

The test for de minimis can be summed up by making use of the following questions,