As readers know by now, the Nobel Prize in Economics (officially known as “The Sveriges Riksbank Prize in Economic Sciences in Memory of Alfred Nobel”) went to Esther Duflo, Abhijit Banerjee and Michael Kremer for their work in development economics. All three have done remarkable work and several sites have discussed this in varying degrees of detail as a web search will show (for eg: do check the Marginal Revolution blog which has listed out the various papers done by all three economists). For the purposes of this blog post, I’d like to focus on some of the early work done by Michael Kremer in the area of patents and public health in developing countries – theoretical work that has since also been converted to practical action via what are called “Advanced Market Commitments” (AMCs) for vaccines. While not without their criticisms, AMCs have received billions of dollars in backing, with estimates that they will lead to the saving of millions of children’s lives in developing countries. (Do note: From the press release, the trio won the Nobel “for their experimental approach to alleviating global poverty”. Though they do mention vaccines as well as child-health, there is no direct reference to the work discussed here)

The drawbacks of the patent system, especially in sectors involving public goods (health, education, etc) have drawn the attention of a number of legal and economic scholars over the last few decades. These drawbacks include biasing research direction away from products that cater to uncertain or non-rich markets (eg: relative lack of treatments for tropical diseases), the tendency to avoid, or the inability to price discriminate which leads to ‘pricing out’ poorer consumers (eg, the extremely high prices of several life saving drugs), the incentive towards producing ‘me-too’ products, and so on. However, while the patent system has its drawbacks, the question that needs answering is – what is an alternative or better way of incentivising innovation? 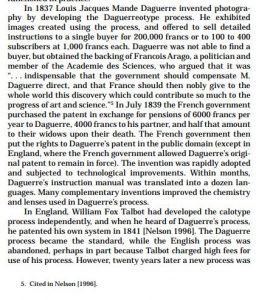 Kremer proposes an answer to this question by looking towards a prize system as a supplement, rather than an alternative, to the patent system. His basic idea is that since the full social value of patented ideas is not realised in the patent system, the patentees should be awarded a financial prize that approximates this value, and the patented product/process be placed in the public domain. As he describes it, “Such patent buyouts are attractive since they offer the opportunity to eliminate monopoly pricing distortions and incentives for duplicate research, while raising rewards for original research.” He gives the interesting example (along with relevant cautionary notes later) of the Daguerreotype process patent, which was bought by the French Government and put into the public domain. While the patent holder had earlier been unable to make money off of his patent, once it was put into the public domain, it was quickly adopted and led to rapid developments in photography. 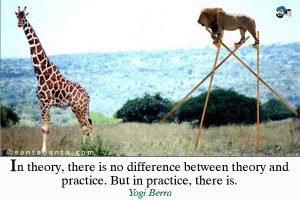 Image from here. Snopes article on mis-attribution of author of quote here.

However, while other scholars, most notably Michael Polanyi also looked at supplementary prize systems via patent buyouts conducted by the government (via his paper “Patent Reform – 1943 article but still behind a paywall link), Kremer differs by suggesting a market mechanism to determine the value of the patents. He also suggests that it be limited to the pharmaceutical industry, by a limited trial to determine how successful it can be. The market mechanism he suggests, is holding an open auction process for anyone to bid on the patent. This, he suggests, will help use the market’s knowledge to better estimate the patent’s value, rather than leaving it to the government to decide. Once the bids are received, 90% of the time, the government will buy it out via a process that utilises a combination of the bids to come up with a patent-value, and with the possibly of a small percentage increment when further incentives are required. To ensure that players are incentivised to bid, the private player will be able to successfully purchase the patent 10% of the time. There are further nuances that I won’t go into here, but Kremer does a reasonably thorough job at pre-empting potential issues. Nonetheless, to several other scholars, the idea still overall seemed theoretically elegant but practically impractical.

Fortunately however, those with power and deep pockets, thought otherwise. Kremer, along with co-authors, proposed a modified version of this in the form of “Advance Market Commitments” (AMCs) for neglected diseases. (2005 paper here, 2006a PDF paper here, 2006b PDF paper here). This involves an offer (which acts as a ‘floor’, in case of a bidding process) of a financial commitment made by donors for a drug not yet available. The AMCs thus look to substitute the expected lifetime revenues that a product would make on a profitable market, with an up front payment, so as to provide an incentive for the development of a product for diseases prevalent in low-income countries.

The year 2007 saw five countries (Canada, Italy, Norway, Russia, the United Kingdom) along with the Bill & Melinda Gates Foundation commit $1.5 billion towards a pilot AMC project for the development of a vaccine for pneumococcus based illnesses. (Check SpicyIP’s coverage of AMCs in 2007 here). The vaccines are being delivered through the Global Alliance for Vaccines and Immunizations (GAVI). According to their webpage, more than 143 million children across 60 countries have received this vaccine, thanks to the AMC financing so far!

It will certainly be worth watching how this idea continues to develop and effect change in the patent and public health world! If nothing else, I do hope that Kremer’s Nobel Prize now will lead to any re-invigoration of this idea / these types of ideas to address the systemic issues with the patent regime! For those generally interested in this area, we have a previous post comparing the trade-offs made by patents, vis-a-vis alternatives like prizes, and a commons-based approach.

P.S. Some context-relevant fun / random facts I discovered in the course of writing this post:
1. It looks like a typo back in 1943 has erased noted polymath Michael Polanyi’s contribution from patent law! His 1943 paper, “Patent Reform” seems to be the only paper he wrote directly on patents, and it was widely recognised for it’s novel contribution to the patent policy/theory discussions. However for unknown reasons (to me at least), his name was spelt as Michael Polanvyi (with a ‘v’) on that paper, and has been cited as such in all the various papers that have cited it! While the 1943 paper doesn’t mention his designation, the author “Polanvyi” does sign off as being in Manchester, and Polanyi was teaching at the University of Manchester at the time. Further, Polanyi (using this spelling) later defended Polanvyi’s idea, in first person, in this Nature article.

3. Esther Duflo (who, among all her various awards, incidentally, was also awarded the Infosys Prize the same year that Shamnad Basheer was awarded it) is now the youngest person to win the Economics Nobel Prize. The former holder of the distinction of being youngest economist to win the Nobel Prize, Kenneth Arrow, is also well regarded for his contribution towards the ‘alternatives to patent’ discourse due to his 1962 paper titled “Economic Welfare and the Allocation of Resources for Invention“. It looks like Nobel prize winning authors have been talking about this for a while. Might not be a bad idea for policy makers to start examining these ideas more seriously!