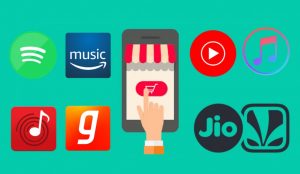 We’re pleased to bring to you an insightful guest post by Jagdish Sagar, an independent lawyer practicing largely in the field of copyright and entertainment law in Delhi, on the (in)applicability of the statutory licensing scheme under Section 31D of the Copyright Act to internet broadcasting. Mr. Sagar was formerly a partner at Anand and Anand till 2011. Prior to that he was a civil servant till 2004. During his service with the Central Government he served as the Joint Secretary of the Ministry of Human Resources & Development in the early 1990s and was closely involved with not only the drafting of the Copyright (Amendment) Act, 1994 but also India’s negotiations with the WTO prior to the signing of the Agreement on Trade Related Intellectual Property (TRIPs). Mr. Sagar has written guest posts for in the past as well, which can be viewed here and here.

Our previous posts on this issue can be viewed here.

Broadcasting, Internet and Section 31D of the Copyright Act

The Bombay High Court’s decision in the Tips v. Wynk case was correct as far as it went, but, in my respectful opinion, incomplete in that there are more compelling reasons to hold that the statutory licence under section 31D of the Copyright Act does not extend to the internet.

What Is a “Broadcasting Organisation”?

A broadcasting organisation is the organisation that enjoys rights under section 37 of the Copyright Act, not under section 14. The broadcast reproduction right that a broadcasting organisation enjoys has been provided essentially to protect its signals transmitted by electromagnetic waves. These very limited rights are classified as “neighbouring” or related rights, but not as copyright, both in our Act and in the international treaty system: broadcasters’ rights are protected under the Rome Convention of 1961, not under the Berne Convention; the TRIPS Agreement likewise distinguishes them from copyright. The Division Bench of the Delhi High Court distinguished this right from copyright in ESPN Star Sports v Global Broadcast News Ltd. & Ors. 2008 (38) PTC 477 (Del):  “We have found that the broadcast reproduction right in respect of telecast of live events like a Cricket match are separate and distinct right as from copyright and as such Section 61 [of the Copyright Act] is not applicable to broadcast reproduction right.”

The Nature of Broadcasting

In India, at any rate, broadcasting is a strictly regulated industry. Broadcasting organisations require two kinds of licences, viz. (i) a Grant of Permission Agreement (or similar regulatory approval) to offer broadcast services, which is granted by Central Government in exercise of its powers under the venerable Indian Telegraph Act, 1885; and (ii) a wireless operating licence under the Indian Wireless Telegraphy Act, 1933.

Thus a broadcasting organisation cannot communicate content to the public over the internet in its capacity as a broadcasting organisation in exercise of its broadcasting licence.  Any person, howsoever designated (i.e. even if he calls himself a broadcaster), who communicates any kind of content to the public via the internet (even if he calls it, say, “internet radio”)  merely does so on the same footing as any other person uploading content for downloading or streaming on the internet; no kind of licence is required for this activity (fortunately, at least not so far).

“Broadcast” and “Communication to the Public” under the Copyright Act

(i) by any means of wireless diffusion, whether in any one or more of the forms of signs, sounds or visual images; or

and includes a re-broadcast;

(ff) “communication to the public” means making any work or performance available for being seen or heard or otherwise enjoyed by the public directly or by any means of display or diffusion other than by issuing physical copies of it, whether simultaneously or at places and times chosen individually, regardless of whether any member of the public actually sees, hears or otherwise enjoys the work or performance so made available…” (NB: I have omitted the Explanation, not being relevant here.)

The pertinent law on statutory interpretation is trite, but is stated succinctly by a three-judge bench of the Supreme Court in J.K. Cotton Spinning and Weaving Mills Co. Ltd. v. State of U.P. & Anr. (AIR 1961 SC 1170):  “In the interpretation of statutes the courts always presume that the legislature inserted every part thereof for a purpose and the legislative intention is that every part of the statute should have effect.”

(ii) The intellectual property that broadcasting organisations enjoy under the Copyright Act is only (a) the neighbouring rights granted by section 37 of the Copyright Act and (b) the possibility of obtaining non-voluntary licences to transmit copyrighted content belonging to third parties, by means of electromagnetic signals (only within the technical parameters permitted under their particular broadcasting licences) by following the procedure laid down in sections 31(1)(b) or 31D.

(iv) Sections  31(1)(b) and 31D of the Copyright Act apply only to the communication of content to the public by broadcast in the sense described above. Neither these provisions nor broadcasting organisations have anything to do with the internet.

(v) It follows that no person who is not a broadcasting organisation, duly licensed as such under the laws regulating broadcasting, and enjoying the neighbouring rights granted by section 37, can possibly avail himself of the statutory licence under section 31D.

In its lucid and well-reasoned interlocutory judgement in the Tips v. Wynk case, the Bombay High Court rightly rejected several defences made in that case (“fair use”, transient use under sections 52(1)(b) and (c), reliance on the notorious OM dated 05.09.2016 etc) that are not germane to my argument here.

Besides rejecting weak defences, the Court based its conclusions on inferences of legislative intention from the proceedings of the Parliamentary Select Committee and from the wording of section 31D(3).  The Court also found Rules 29(3) and 29(4) to support its conclusions. It is submitted that this route to the same conclusion that I have reached, though correct, was perhaps more circuitous.