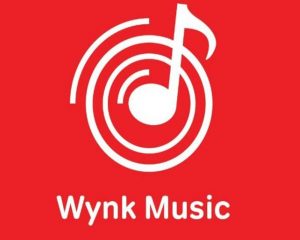 A recent judgement of the Bombay High Court may have finally put to rest the convoluted saga of the applicability of the statutory licensing scheme under the Copyright Act to online streaming services. In a blow to online music services in India (looking at you, Spotify), in Tips Industries v Wynk Music, Mr. Justice Kathawalla has comprehensively rejected the claim that online streaming services are eligible for being granted statutory licenses for broadcasting under Section 31D of the Copyright Act.

The plaintiff is Tips Industries Ltd., a music label in India, which controls copyright over a significant repository of popular music. In 2016, this repository was licensed to the defendant, Wynk Music Ltd., an online music streaming service launched by Airtel. After expiry of the license in 2017, both parties attempted to renegotiate licensing terms for allowing Wynk offer downloading and streaming of musical works owned by Tips.

After negotiations broke down, Wynk took refuge by invoking Section 31D of the Copyright Act. Section 31D of the Copyright provides for a statutory licensing scheme, as per which any ‘broadcasting organisation’ desirous of ‘communicating to the public’ any sound recording, may obtain a statutory license to do so, provided they pay the royalty rates to the copyright owners, at rates fixed by the Intellectual Property Law Board.

Section 31D has been a source of much antagonism between online music service providers and music publishers and labels. We recently noted the dispute between Spotify and Warner Music, wherein largely similar issues were raised, regarding the legality of Spotify invoking statutory licensing under Section 31D when they could not reach an agreement on licensing terms for Warner’s repertoire. We have covered the debate extensively here and here.

Wynk, Wynk, Nudged Out – Internet Broadcasting is not Covered by Section 31D

In accepting the plaintiff’s claims of infringement, the Bombay High Court clarified some niggling ambiguities regarding online streaming and the statutory licensing scheme under Section 31D:

1. Section 31D does not cover ‘downloading/purchase’ of works.

The court held that Wynk’s feature of allowing users to download songs and store for unlimited future use constituted ‘sale’ and not ‘communication to the public’, and therefore, did not constitute a ‘broadcast’ for the purpose of Section 31D. Therefore, Wynk cannot claim a statutory license for the use of such works.

The Court first had to grapple with the tricky question of classifying online music services. In its analysis, it came to the following conclusions for different forms of services:

The Court soundly rejected this interpretation.

The Court held that Section 31D was an exception to copyright, and must be strictly interpreted. Upon a strict reading of the statutory scheme – Section 31D(3), as well as the rules framed under it, – it is clear that statutory licensing was intended to cover only ‘radio’ and ‘television’ broadcasting, and not internet broadcasting. Finally, the Court examined the history of Section 31D, relying upon the Report of the Rajya Sabha Parliamentary Committee on the Copyright Amendment Act, 2012, and inferred that though the legislature was aware of internet streaming services, they intentionally chose to not include such forms of communication within the scheme of Section 31D. Therefore, the defendant could not claim that the legislature intended ‘radio’ broadcasts to subsume online broadcasts.

The Court also rejected the defendant’s reliance upon the Government of India Office Memorandum, stating that it was in the nature of ‘guidelines’ and lacked statutory authority, and therefore could not prevail over the statutory scheme under Section 31D.

Conclusion – “Section 31D contemplates only television and radio broadcasting and not internet broadcasting.

3. Section 31D can not be invoked without the prior fixation of rates by the IPAB.

This was also, unsurprisingly, answered in the negative. The Court held that, firstly, the IPAB did not have jurisdiction to fix rates for ‘internet broadcasting’. Further, the Court held that statutory scheme under Section 31D, including Rules 29, 30 and 31 of the Copyright Rules, clearly indicate that the prior fixation of royalty rates by the IPAB was essential for the invocation of a statutory license under Section 31D.

The defendant’s also attempted to argue that Rules 29, 30 and 31 were ultra vires the section as they provided for prior fixation of the royalty rate, but this contention was also rightly rejected by Justice Kathawalla, who noted that there is no inconsistency between the rules and the statute.

Finally, the Court held that the plaintiff was entitled to an interim injunction, considering that they had made a prima facie case, would suffer irreparable injury in the form of revenue lost, and that the balance of convenience was in the plaintiff’s favour.

Though the dispute has not been finally determined (the judgement relates to interim applications for injunction), it is comprehensively reasoned and it is likely that the final judgement will flow from it. While the judgement puts to rest the questions about Section 31D and internet streaming, and forecloses action like Spotify’s use of Warner Music’s works, it is also important to reflect on whether and how online streaming services need to be incorporated into our copyright law.

For example, the distinction between making ‘copies’ and ‘communicating to the public’ over the internet, technically speaking, is an artificial one, given that the data must necessarily be copied in any model. In large part, the service has to place technical restrictions (a la DRM), to prevent the users from automatically caching the songs.

The questions then arise about whether allowing such streams to be cached also falls foul of copyright law? This issue is particularly relevant with the download caching services of many online music providers, as well as ‘stream ripping’, i.e. creating downloads from purely streaming content. Concepts of ‘copies’, ‘communication’ and ‘sale’ are perhaps ill-fitting in this digital environment.

Further, some countries like the US have made a distinction between interactive and non-interactive online streaming, which preserves the purpose of statutory licensing for audio streaming, as long as it operates similar to terrestrial radio. Even for interactive performances, royalty rates for mechanical licenses (underlying musical works) are statutorily set through a judicial tribunal. However, Justice Kathawalla’s opinion, for now, forecloses this option in India. Admittedly, this is a matter for greater legislative deliberation, and maybe it is time for a more comprehensive settlement of issues arising from copyright on the internet than stretching the provisions which are inapplicable to internet business models.