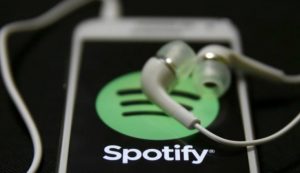 We’re pleased to bring to you a guest post by Swaroop Mamidipudi. Swaroop is an advocate practicing in copyright law at the Madras High Court. He has guest blogged for us in the past as well (see here and here).

Section 31D of the Copyright Act Does Not Cover Internet Broadcasting

The Spotify litigation (covered here) centres around the question that has been simmering around the Indian copyright scene for some time – does the statutory licensing regime under section 31D cover internet streaming services such as Spotify or Saavn?

While legal opinion seemed to be divided on the issue, the Central Government through the Department of Industrial Policy & Promotion released an ‘Office Memorandum’ (‘OM’) on September 5, 2016 regarding the inclusion of ‘Internet Broadcasting Organisations’ under the purview of statutory licensing as per s 31D of the Copyright Act, 1957 (‘the Act’).

The effect of this OM was that the owners of copyright would be bound by the rates of royalty as fixed by the Copyright Board for internet-based streaming rights of a particular work. Two issues arise out of the OM: Does the Central Government have the right to issue such an OM and is it binding? Is the OM legally sound?

On the other hand, the Copyright Board, set up under s 11 of the Act, is an independent body, and is not under the direction or supervision of the Central Government. It has been held to be a quasi-judicial body by the Supreme Court in the Super Cassettes judgment and by the Madras High Court in the South Indian Music Companies Association judgment. In fact, the Madras High Court held that in the selection committee and process of selection of members to the Copyright Board, primacy must be given to the judiciary. This shows that as far as the powers and functions given to the Copyright Board are concerned, it is meant to act as a body outside the control and supervision of the Central Government. There is, in other words, a separation of powers between the Copyright Office and the Copyright Board.

S 31D of the Act dealing with statutory licensing is administered by the Copyright Board and must be, as a corollary, interpreted only by the Copyright Board and the judiciary. The Central Government has no role in either administering or interpreting it. The Central Government has no right to issue any clarification, memorandum, notification or any other such note that ‘interprets’ or ‘clarifies’ s 31D.

The Government’s power is, in fact, much narrower. Unlike s 119 of the Income Tax Act, 1961 or similar such provisions in the other taxing statutes, there is no express provision in the Copyright Act, 1957 which empowers the Central Government to issue instructions or orders or clarifications regarding any statutory provision. Although the Act states that Registrar of Copyrights shall act under the “superintendence and direction” of the Central Government, it is clear that such “superintendence and direction” does not envisage the power to issue clarificatory statements.

Now, let us look at the merits of the OM.

The HRD Minister, at the time of passing the bill introducing section 31D in the Parliament in his speech had stated that:

“The Copyright Board, as a matter of law, under the statute will actually decide on the quantum of money that will be required to be paid by the TV companies to the music companies who have bought over those rights. Therefore, there was some debate as to whether it should be limited only to radio, and TV should be kept out of it. But ultimately, we decided that TV should be included in it.”

From a plain reading of the speech of the HRD Minister, it is very evident that the only debate was if the provisions of s 31D should be limited only to radio or should include the TV broadcasters and it was never the intention of the Legislature to include internet broadcasters within the ambit of this section. Any attempt to do so will be against the spirit of the amendment.

All these provisions further show that the intent of the legislature in introducing s 31D was to regulate the licence rates for radio and television broadcasting only and not any dissemination of music through the internet.

The meaning of the terms ‘broadcasting organisation’, ‘broadcast’ and ‘communication to the public’

The OM attempts to include internet broadcasting within the ambit of s 31D(1) by reading the section with the definition of ‘communication to the public’ which is defined under Section 2(ff) of the Act. This approach is inherently erroneous.

S 31D(1) refers to a ‘broadcasting organisation’. This expression has not been defined under the Act. However, s 2(dd) introduced in 2012, defines “broadcast” as follows:

“broadcast” means communication to the public—

‘(ff) “communication to the public” means making any work or performance available for being seen or heard or otherwise enjoyed by the public directly or by any means of display or diffusion other than by issuing physical copies of it, whether simultaneously or at places and times chosen individually, regardless of whether any member of the public actually sees, hears or otherwise enjoys the work or performance so made available.

Explanation.-For the purposes of this clause, communication through satellite or cable or any other means of simultaneous communication to more than one household or place of residence including residential rooms of any hotel or hostel shall be deemed to be communication to the public;’;”

The definition of “communication to the public” contains a phrase ‘whether simultaneously or at places and times chosen individually’. The question is – who makes this choice, the owner of the copyright or the member of the public? If the choice is that of the owner, then communication will exclude streaming. But if it implies the choice of the consumer, then it will include streaming.

The phrase immediately preceding this, being “making any work or performance available”, obviously refers to the owner of the copyright making it available. The phrase “whether simultaneously…” only qualifies this “making… available”. Further, every time a phrase refers to the “public”, the “public” is intentionally invoked by the definition. The person to whom no reference is made directly, is the person “making” the communication, i.e. the owner. Therefore, I submit that “chosen individually” intends to cover only the owner of the work and not the consumer. In other words, for an act to amount to communication to the public, the communication must be at times and places chosen by the owner.

This brings us to two questions:

These rights are covered under s 14(d)(i) and s 14(d)(ii). Communication of the work to the public is not invoked at all. For this reason also, the dissemination of music through an internet music streaming service provider is not a ‘communication to the public’, and is therefore not covered by the definition of ‘broadcast’ under s 2(ff). Such a reading is consistent with the entire scheme of the Act that deals with broadcasting, but only refers to radio and TV.

To answer the second question, “communication of the public” covers a broader spectrum than just broadcast. It includes theatrical distribution, public performance, narrowcasting – all these are cases where the owner chooses the times and places of communication. In fact, the Madras High Court in Thiagarajan Kumararaja v Capital Film Works, even found that dubbing and subtitling of films comes under the ambit of section 2(ff). This shows that the term “places and times chosen individually” will not become meaningless if internet streaming is excluded from its ambit.

What I attempt above is an internal reading of the Act and the Rules. Should statutory licensing include internet broadcasting? That is for policymakers to argue. The arguments above, I believe, are sound. But I would not be surprised if a judge leaned the other way on a reading of section 2(ff). Either way, Spotify’s action of invoking section 31D and playing the music without a licence is indefensible in law. That has already been covered on this blog before. Spotify, I think, is playing litigation strategy – try and get an interim order out of a judge and push Warner to a settlement.