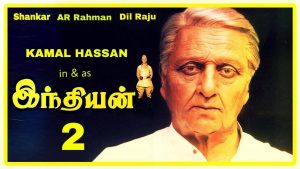 We are pleased to bring to you a guest post on sequel rights by Swaroop Mamidipudi. Swaroop is an advocate practicing in copyright law at the Madras High Court. He has guest blogged for us in the past as well (see here).

Should Shankar Pay Royalty for Making a Sequel to his Own Film?

In the last episode of the first season of Tamil Bigg Boss, Kamal Hassan and maverick Tamil director Shankar, who has a crazy cult following around the world, announced the production of Indian 2, a sequel to their 1995 mega-hit, Indian. It seemed perfectly logical that Kamal, who has been making overt political noises (even on Bigg Boss!), would now act as Senapathy, the retired INA freedom fighter, in the sequel to that vigilante anti-corruption, pop-patriotic movie. Dil Raju was named as the producer, and everything seemed to be going fine.

However, in the last week of October, reports surfaced that Dil Raju backed out of the film because the producer of the original Indian, AM Rathnam, was demanding “royalty” for the sequel, and Dil Raju did not have the budget. It was announced that Lyca Productions would take over the project. Of course, the official statement was vague, but many Kollywood websites carried this story anyway.

As one of those aforementioned fans of Shankar, I was happy. Lyca is a large production house with deep pockets, and they would be able to sufficiently bankroll Shankar’s over-the-top madness. But as a copyright lawyer, I was miffed. What gives AM Rathnam, the producer of Indian, the right to claim any royalties from makers of Indian 2?

As I have argued before on this very blog, section 14(1)(d) of the Indian Copyright Act, 1957 (and indeed copyright law in the UK) gives narrow rights to owners of copyrights in cinematograph films. They have the right to make copies of the film, give on sale or rent copies of the film, and to communicate the film to the public. Nothing more. They have no copyright over the story, the characters, or the character arcs. Jagdish Sagar, on this blog, wrote a forceful reply to my piece, stating, in summary, that there is a creative leap between the page (the screenplay) and the screen (the film) that Indian copyright law does protect. I have my reservations on that, but even assuming that to be true, it would be a stretch to say that the author of the film would own rights in a derivative work of the story or the screenplay.

Of course, the screenplay writers, in this case Shankar and Sujatha, own copyright in the story. And knowing how the film industry works, the producer could have “bought” the story or the screenplay from the writers. But does the copyright in a story or screenplay extend to a sequel? The story or screenplay is either a literary or dramatic work. The only right given to literary works under section 14(1)(a) that falls even vaguely within the realm of a sequel is “adaptation” rights. But even “adaptation” is defined so narrowly in section 2(a) that it cannot be brought within any of its arms. The term “derivative work” does not exist in Indian copyright law.

Moreover, the idea-expression doctrine means that the character or the story as such is not protected under copyright law at all. And the strong (and perhaps wrong) idea-expression doctrine under Indian law means that a lot more is covered under “idea” than is elsewhere in the world. In any case, characters and story arcs are covered under “idea” and only their treatment falls under “expression”.

In this context, it should have been obvious that Indian courts would have rejected “sequel rights” outright. But that has not happened. There is only one judgment that even goes into this question, Arbaaz Khan Production Pvt. Ltd. v. Northstar Entertainment Pvt. Ltd., where the issue was brushed aside with this dictum:

“But as to the general principle that the character is unique and the portrayal of that character, as also the “writing up” of that character in an underlying literary work is capable of protection is something that I think I can safely accept. It would be, I think, stretching it too far to say that such a fully developed and uniquely depicted character, because it is ‘merely a character’, falls wholly outside the realm of all protection.”

Now, there is no doubt that the “writing up” of a character is protected under copyright law. The question, really, is if that protection extends to works other than those for which that character was “written up”, unless the works themselves (and not merely the characters or the stories) were substantially similar.

Then, the question arises as to whether such protection can be found outside the realm of copyright law, perhaps within the law of “passing off”. The definition of “passing off” is inducing a consumer to believe that goods or services are those of another person. In the present case, the sequel is being directed by Shankar, who co-wrote and directed the original. The sequel is going to star Kamal Hassan, also the star of the original. Further, as Ian Eagles argues in his paper (“Copyright and the Sequel: What Happens Next?” in F MacMillan (ed), New Directions in Copyright Law, Vol 6, (Edward Elgar Publishing, UK, 2007) pp. 35-65.), it cannot be assumed that the public will always associate the characters and the story with a particular studio or producer. The reasonable Tamil film watcher has forgotten the producer of the film. If AM Rathnam tries to make a sequel with a different director and actor, perhaps Shankar would have a claim under passing off!

“Even more fatal to plaintiffs’ hopes is the prospect that disclaimer and dissociation will defeat a passing off action if big, bold and brassy enough. Armed with this foreknowledge, authors and film makers who loudly proclaim: “This is an unauthorised sequel by another author which is not licensed in any way by the publisher or producer of the original” have a reasonable chance of escaping liability.”

Therefore, in this case, even the threat of “passing off” is untenable.

However, no film producer, much less someone making a sequel of a film as huge as Indian, would want to take the risk of possible litigation and injunctions before unpredictable judges, especially in the light of a Bombay High Court judgment affirming “sequel rights” in Indian law. Lyca will probably pay (or has already paid) “royalty” to AM Rathnam, and Shankar will get to work on what he does best – constantly expand the realms of the term “larger than life”, and copyright lawyers will wait for a risk-taker to bring this question before the courts again.