This guest post has been written by MV Swaroop (with inputs from Shrey Patnaik). In this post, Swaroop and Patnaik analyse, in the context of the Raabta dispute, whether the producer of a film has the standing to sue for infringement, or if such action can only be brought by the scriptwriter. Our earlier posts on the Raabta dispute are available here and here. 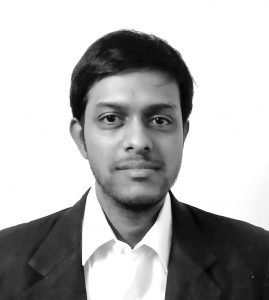 The Raabta-Magadheera controversy fizzled out a few days ago, with the producers of Magadheera withdrawing their suit. Then, Raabta opened to eggs and tomatoes from critics of all sizes and shapes. The film will probably fizzle out too (although I have my doubts on whether anyone who saw Sushant Singh’s hairstyle in the flashback could ever get it out of their nightmares). But for us killjoy copyright lawyers, a festering question still remains. Could the producers of Magadheera have sued the producers of Raabta for copyright infringement? Or should it have been done by the scriptwriter of Magadheera? In other words, what about that ‘physical copy’ doctrine?

Section 14 of the Copyright Act is the blood running through the Act’s veins. It both grants and restricts rights to different kinds of works. Section 16 then states that owners have no copyrights outside of what section 14 gives them, reiterating that copyrights are statutory rights. Now, the opening words of section 14 clarify that the rights are “exclusive”. This means that if you think of rights of each kind of work (musical, literary, computer programme, artistic or film and sound recordings) as circles in a Venn diagram, they wouldn’t intersect. Or, as a mathematician would pithily put it (we lawyers lack that skill – or have we deliberately given it up?) – A ∩ B = ∅.

There is still an apparent anomaly here. The producer of a film takes the financial risk for it, and he reaps the financial rewards. His copyright is protected. But the law, in other cases, does not protect the person who finances the creation, it protects only the creator. For instance, a publisher of a book takes the financial risk for its success or failure, but the Act gives him no copyrights. Since an unpublished manuscript and a published book are both in the same medium (words to be read off paper, or now, a screen), a published book is not a new ‘work’ deserving its own copyright protection.

However, in films and sound recordings, the underlying works can be published separately, and are distinct from the cinematograph incorporating them. The script of a film is a literary (or dramatic) work that can be published either as a book or on a website. It can be translated or adapted or communicated to the public as a script. Similarly, the music of a song can be represented as notations, qualifying it as a musical work under the Act. The lyrics of a song, being a lyrical work, can be published in a form other than a sound recording. In the cases of both sound recordings and cinematograph films, a new kind of work emerges from underlying works. This is the reason the law gives them a separate protection. This is also the reason why the law protects only what is new to that medium. In the case of a cinematograph film, it is the synchronizing of the image and the sound that is new. Therefore, protection is afforded to that. In the case of a sound recording, the recording of the performance of the musical and/or literary work is new, and a protection is afforded only to that. (So, even a book publisher has some IPR on what he brings to the table – the look of the book – through design rights.)

The Calcutta High Court, in the Shree Venkatesh case reached the opposite conclusion, for reasons not entirely satisfactory. It held that the object of the Copyright Act would be defeated if the producer could not sue for the copying of the content of the film (and not merely the images and sounds). As argued above, the object of the Copyright Act is to protect what is created in that particular work, and not all the works encompassed within that work. Underlying works have their own copyrights, and even made explicit in section 13(4) of the Act, which states that the copyright in a cinematograph film “shall not affect” the “separate copyright” in the underlying work on which it is based.

Shree Venkatesh relies on two previous judgments, neither of which support its case. In its RG Anand v Delux Films judgment, the Supreme Court decided that “if on a perusal of the copyrighted work the defendant’s work appears to be a transparent rephrasing; or a copy of a substantial and material part of the original, the charge of plagiarism must stand proved”, thus laying down the test of substantial similarity. Shree Venkatesh relies on this to hold that “[w]here there is an alleged substantial similarity in the film taken as a whole with another film, in the opinion of the said viewer there is infringement of the copyright in the film”.

While this test is also applicable in situations where the similarity between two cinematograph films is to be determined, it still has to operate within the context of what the object of copying is. In RG Anand, the object of copying was the expression of ideas in the play Hum Hindustani. Hence, the question was whether the cinematograph film New Delhi was “substantially similar” to the dramatic work. In Shree Venkatesh, the object is merely the synchronization of images and sounds as the film Namastey London, and not its expression of underlying ideas. So, what the court should have tested whether the sound and images of Poran Jaye Joliya Rae were “substantially similar” to that of Namastey London. As the Bombay High Court correctly points out in Star India v Leo Burnett, the mandate of courts in such cases is limited to determining whether the copycat film is “an actual copy of the first film”.

An earlier post raises an interesting point that the ‘physical copy’ doctrine must be rejected because cinematograph films are more than sum of their parts (in this case, the underlying works). While such a proposal may be tempting (for everyone agrees that films, in their direction and cinematography, add another layer on top of the underlying works), it would do a disservice to the text of the Copyright Act, which sufficiently clarifies the nature of a producer’s right over their cinematograph.

The next instalment of this series will explore the history of copyrights in a cinematograph, with a view of understanding why cinematographs only enjoy a narrow protection against plagiarism.

(MV Swaroop is an advocate practising in Chennai. He slyly calls himself a copyrights lawyer when people aren’t looking. Shrey Patnaik is a 4th year student at NLU, Delhi.)