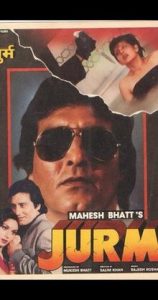 The battle for fair payments of royalties between artists and copyright societies is in the limelight again, and this time, it’s music labels in the eye of the storm. Various media outlets have reported that the Enforcement Directorate (“ED”) has conducted searches and enquiries in the premises of five music companies, including YRF Music, Saregama (which has since confirmed the news in a public statement), T-Series, Sony and Universal Music, India’s largest music labels, in at least 12 locations, in connection with allegations of misappropriation of artists royalties, perpetuated through their failure to renew the registration of IPRS and PPL as copyright societies. The sordid history of music companies’ and societies’ nefarious strategies to deprive artists of their fair rights has been adequately detailed on this blog, and you can read more about it here.

While there are conflicting reports about the investigation (one source reports the raids as being in connection with the earlier criminal complaints against IPRS, also under the PMLA, while another reports them to be in relation to a complaint made last December by artists, including Chitra Singh, alleging disparities in royalty payments by the record labels), the raids appear to be for offences under the Prevention of Money Laundering Act (“PMLA”). The Enforcement Case Information Report (similar to an FIR) was reportedly recorded last week. This is the first time (to my knowledge) that a criminal case has been registered against music labels in the long running dispute against IPRS and PPL for contravening the provisions of the Copyright Act and failing to share legal royalties with artists.

Facing the Music – Copyright Societies, Music Labels Have Long Needed to be Brought to Book

To briefly recap, copyright societies (IPRS for musical compositions and the PPL for sound recordings) are responsible for the administration of royalties for artists, whose work they are authorized to license under the Copyright Act. Between themselves, the two societies gradually started veering towards serving the interests of the major labels (who were members of PPL) instead of composers and lyricists, most egregiously demonstrated when the music companies took over control and functioning of IPRS, eventually resulting in the lop-sided revenue sharing agreements entered into between IPRS and PPL for royalties from song ringtones.

After the Copyright Amendment Act of 2012, which brought in provisions specifically to regulate the manner of functioning of copyright societies, IPRS and PPL have failed to re-register themselves as required under the Act, and subsequently claimed to not be regulated by the provisions of the law, while continuing to collect royalties on behalf of artists. Subsequently, the IPRS has been under the scanner by the Government as well as the Delhi and Bombay High Courts, with a commission set up to inquire into its workings, as well as orders for inducing more transparency into its functioning.

The Indian Express reports that the present dispute relates to non-release of royalty payments, which were being collected directly by music companies as a consequence of IPRS’s non-renewal. According to the Indian Express source, the non-renewal is being investigated as a deliberate attempt to avoid royalty sharing with composers and lyricists, as required under the amended Sections 18 and 19 of the Copyright Act, and the money withheld from artists is now being laundered by the companies. Given the history of the labels’ dealings with and the mismanagement of the copyright societies, this new development would not be too surprising, but is nonetheless another dismal example of the rot in the mainstream Indian music business.

Achille Forler, advisor of a renewed IPRS (tasked with reforming IPRS along with Javed Akhtar, who was electec as chairman to the board), had this to say about the weekend’s developments:

“Through such a spectacular display of its authority, the Government sends a message to the industry; and don’t expect it to lose interest any time soon, or fade away meekly or draw a blank. ED must now prove its allegations and any criminal past action must be accounted for. But the most sensible course for labels is to give asap to the Government what it wants: fair and transparent business practices, and restructure IPRS and PPL into world-class Societies. This should have been done many years ago, and certainly after the historic unanimous adoption of the Copyright Act Amendments by both Houses of Parliament.”

The PMLA empowers the ED to investigate money laundering offences, along with the power to search, seize and attach properties in appropriate cases. We had reported earlier on the attachment of IPRS’s properties in a separate complaint under the PMLA.

“Offence of money-laundering —Whosoever directly or indirectly attempts to indulge knowingly assists or knowingly is a party or is actually involved in any process or activity connected with the proceeds of crime including its concealment, possession, acquisition or use and projecting or Claiming it as untainted property shall be guilty of offence of money-laundering.”

The offence entails serious penal consequences, including imprisonment up to seven years and a fine (Section 4), including potential liability for the directors or executives of companies involved in the offence (Section 70).

Could the PMLA investigation be a turning point, where civil actions and governmental inquiries have failed to rein in the labels? One would hope that a serious criminal investigation could spur some serious action and overcome the stonewalling of investigations into IPRS’s affairs, finally prompting the industry to get in line with the Copyright Act and put an end to this sorry state of affairs.