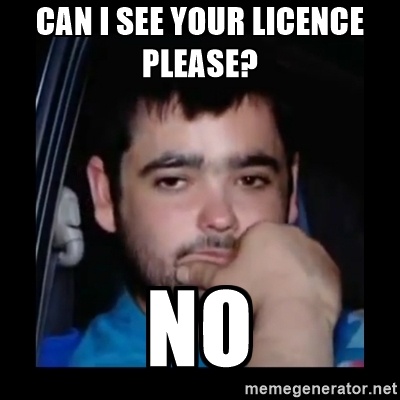 In a series of orders, the Delhi and Bombay High Courts have highlighted the need for greater transparency in collection of licence fee and directed the collecting societies (IPRS, PPL etc.) to publish proof of their right to collect license fee. In two separate orders of the Bombay High Court (see, here and here) and one by the Delhi High Court (see here), the Courts have provided for interim mechanisms by way of which the collecting societies can take licence fee from event organisers, subject to publishing the list of songs and corresponding assignment deeds/ authorisation on their websites.

Towards the end of last month, I had reported about an order passed by Justice Sanjeev Sachdeva of the Delhi High Court, restraining the collecting societies from granting/ issuing licences in violation of S.33 of the Copyright Act (“Act”). In the same post, I had also mentioned that one of the classic ploys of the copyright societies to wriggle out of the requirements of S.33 was to portray themselves as agents/ assignees of the copyright owners so as to qualify under the ambit of S.30.  A few days into the passing of the above order, a vacation bench of the Delhi High Court, presided  by Justice Najim Waziri, has passed another order in the same matter (W.P.(C) No.12076/2016) recording an agreement between the parties, which facilitates the payment of licence fee to the collecting societies as an interim measure.

There was much confusion as to the purport of this order and whether it dilutes the injunction granted by Justice Sachdeva earlier. My short answer is that the cumulative effect of these orders (including the ones passed by the Bombay HC) is to maintain the status quo as it existed prior to their passing. In fact, by requiring the collecting societies to publish the complete list of songs along with the assignment deeds, Courts have ensured that the Respondents have to adhere to the greatest standards of transparency.

Highlights of the orders

Justice Waziri places reliance on the decision in Leopold Café & Stores v. Novex Communications Pvt. Ltd. (see here, for our post on the decision) to observe that the right under S.30 is not obliterated by the prohibition in S.33 and both must exist harmoniously. Thus, a copyright owner or his “legitimate” agent/ assignee is well entitled under S.30 to issue licences and collect licence fees. Nevertheless, the Judge stops short of giving a carte blanche right to the collecting societies. Despite accepting in principle the alternate route available to collect licence fee, a number of safeguards have been laid down by the order to prevent the Respondents (IPRS, PPL et al) from preying on the licencees. As per these, Respondents had to publish on their website by 31.12.2016, the list of songs over which they have rights as assignees/agents as well as the corresponding assignment deeds. An even stronger protection was accorded to the Petitioners by making it obligatory for the Respondents to supply the Petitioners with a copy of the assignment deed if such a request is made. Respondents have also been directed to issue an invoice confirming that they are the owners/ assignees/authorised agents of the works against which the licence is issued.

“In matters of copyright enforcement, I believe it is necessary, especially in this digital age with its proliferation of material, and, as Mr Kadam himself points out, that ‘publication’ extends to publication on the Web, to ensure the maximum possible transparency. A person who needs a license must know for what he needs that license and from whom, and at what rate”.

Justice Patel though made it clear that event organisers and hosts cannot use copyrighted works without paying the licence fee to the owner, whosoever that may be. Nevertheless, he allowed the suggestion on behalf of the event organisers/ hosts to deposit the sum against licence fee in court rather than directly paying the collecting societies till the suit is disposed off.

The other order from the Bombay HC too reflected the arrangement arrived at in the order of Justice Patel. In the said order, hosting of an event called ‘sunburn’ was allowed subject to the event hosts giving an undertaking to secure the claims of the collecting societies.

As per the court directives, PPL has now uploaded a list of entities with which it has entered into assignment deeds along with the assignment deeds themselves. It has also uploaded the list of works over which it has rights. IPRS too has uploaded a similar list of its assignment deeds. This is a positive step and prospective licencees can go through these websites to ensure that they are indeed paying the right entity. Furthermore, Justice Waziri has asked the collecting societies to put in place a search mechanism on their websites within four weeks to enable licencees to search for the owners of the licences.

As to the long term implications of the above orders, one needs to keep in mind that all the orders are interim in nature. But, then again, Courts seem to be inclined to hold that in the event of collecting societies being able to produce evidence of assignment/ authorisation, they will be entitled to carry on the business of collecting licence fee. All the orders seem to toe the decision in Leopold Café and do not seem open to go into the question of whether collecting societies are surreptitiously using the S.30 route. It may be noted here that the collecting societies have claimed themselves to be assignees or agents (presumably depending from case to case). As we had already mentioned in one of our previous posts, by virtue of S.55, PPL, IPRS et al cannot sue or threaten to sue for infringement if they are acting in the capacity of agents. Nevertheless, the assertion that they are assignees would preclude them even from the S.55 prohibition.

The larger question that needs to be asked at this point is whether the intent of the Act is being defeated by allowing the collecting societies to escape the rigours of S.33. Since S.33 includes within its ambit any “person” or “association of persons” who is involved in the “business” of issuing or granting licences, should not even assignees who indulge in the business of licensing be covered under it? Given the far reaching implications of this issue, one can only hope that it is adjudicated upon at the earliest.