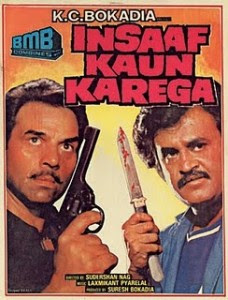 After 3 months of haggling with the Copyright Office for more information on the Copyright Societies – Indian Performing Rights Societies (IPRS) & Public Performance Ltd. (PPL) under the Right to Information Act, 2005 we have finally been given partial access to some of the information that we had initially asked for. As usual we had to request the Registrar of Copyrights Mr. Raghavender to intervene and explain to Mr. Saxena that the Right to Information Act, 2005 is a binding legislation and not a figment of SpicyIP’s imagination.

Some of our readers may remember that in February we had published on the blog a series of posts on the controversial happenings at the IPRS which were being investigated in the year 2009 by the Registrar of Copyrights, on the basis of a complaint filed by certain lyricists/composers who were members of IPRS.

The summary of these posts can be accessed over here.

The main controversy at that time was the non-payment of royalties by IPRS to 16 composers/lyricists. The 2009 investigation by the Registrar of Copyrights was derailed by the IPRS on the basis of a very questionable interim order by a civil court in Barasat district outside Kolkata. The timeline of that controversy can be accessed over here.

It now turns out that at the very time we were publishing information pertaining to the investigation of 2009, IPRS was under a second investigation by the Registrar of Copyright. The basis of the second investigation was a direct order from Cabinet Minister Mr. Kapil Sibal, who had received a delegation of composers/lyricists led by Mr. Javed Akhtar in December, 2010. Mr. Akhtar & Co. had levelled serious allegations of fraud against the management of IPRS. Unlike the previous time, Mr. Akhtar & Co. went for the ‘kill’ this time by asking Mr. Sibal to appoint an administrator under Section 33(5) of the Copyright Act, 1957 to take over the functions of IPRS as there was a reasonable apprehension that the present management of IPRS was taking steps detrimental to the well-being of the members of IPRS.

On the basis of the Order from Minister Sibal, the Registrar of Copyright issued a detailed questionnaire to IPRS on the 14th of January, 2011 with a return date of 21st January, 2011. IPRS initially tried postponing the investigation by claiming that the questionnaire had not been delivered to it in time but the Registrar called their bluff by reminding them that the letter had been faxed to them on the 14th itself and that the Copyright Office had received an oral confirmation of the same.

Finally on the 23rd of February, 2011 there was a file noting by the Registrar of Copyrights explaining that on that day Mr. Savio D’Souza, Secretary General of IMI, had met him and informed him that IPRS was ready to release all such amounts owed to the lyricists and composers without any of the earlier pre-conditions, that included signing an undertaking recognizing that the music companies owned all the rights to their music. Mr. Savio however also asked the Registrar of Copyright to organize a meeting with representatives from the music industry and the aggrieved lyricists/composers to discuss the matter across the table. The file noting also notes that Mr. Javed Akhtar had agreed to the meeting which was now scheduled for either the 4th or the 7th of March, 2011. The information in our possession ends at this stage. We are in the process of contacting the Registrar of Copyrights for more information on the 4th of March meeting.

The list of information that we have managed to procure under the RTI Act is listed below as per the relevant dates. We will be doing follow-on posts explaining the contents and implications of these letters.

(i) 8 December, 2010 (available over here): Letter from Mr. Hasan Kamal, Chairperson, IPRS to Registrar of Copyrights complaining about scathing remarks made by the Parliamentary Standing Committee against IPRS in its report on the Copyright Amendment Bill, 2010. The letter attempts to clarify that the allegations, of ‘non-payment of royalties’, against IPRS are baseless. The letter also requests that the adverse remarks against IPRS be expunged. Somebody should probably tell IPRS that the Central Government has absolutely no power to amend the reports of Parliament.

(ii) 24 December, 2010 – 26 December 2010 (available over here): A note is sent to the Copyright Office from Mr. Uma Shankar, Private Secretary to Mr. Kapil Sibal, Minister for Human Resources Development, informing them that a delegation of lyricists and composers led by Mr. Javed Akhtar have met the Minister with a complaint against non-distribution of royalties. The note asks the Copyright Office to take necessary action against IPRS.

• Enclosed with the note was a letter to Mr. Kapil Sibal, dated 20th December, 2010 by Javed Akhtar, Vishal Bharadwaj, Shankar Mahadevan & Jagjit Singh informing the Minister that IPRS was disbursing about Rs. 25 crores of royalties to the music companies in apprehension of the changes being brought in by the Copyright (Amendment) Bill of 2010. The letter also requests the Minister to appoint an administrator under Section 33(5) of the Copyright Act to take over the functions of IPRS.

• On the 26th of December, 2010 another letter, signed by 26 noted lyricists/composers, was delivered, by hand, to the Registrar of Copyrights. The letter made a series of very serious allegations against the management of IPRS. This included allegations about non-payment of royalties owed to the members as also allegations that several key rights, such as mobile ringtone rights were handed over to third parties like PPL without any prior approval from the IPRS members. Appended were two letters from IPRS to Universal Power & Phoneytunes.com informing them that IPRS had taken a decision to no longer administer ringtones and that all parties were required to negotiate ringtones with IMI which basically has the same membership as PPL.

• 20th January, 2011: IPRS writes to the Registrar of Copyrights requesting for an extension of the initial 21st January, 2011 deadline to respond to the 15 questions raised by the Registrar because it had received the letter only on the 20th of January and that it had to discuss the matter at a meeting of the Governing Council.

• 24th January, 2011: The Registrar of Copyrights curtly points out to IPRS that it is blatantly lying as to the actual date of receipt of the letter dated 14th January, 2011 and warns IPRS that the 3rd of February, 2011 would be the last and final date for it to respond to the 15 questions regarding the working of IPRS.

(iv) 3rd February – 18th February, 2011 (available over here): On the 3rd of February, 2011 Mr. Hasan Kamal the Chairperson of IPRS dispatched to the Registrar of Copyrights a supposedly ‘interim’ reply to the detailed questionnaire sent by the Registrar. It must be noted that IPRS had delayed this reply for more than 14 months on a variety of frivolous grounds. Attached to this detailed reply were two opinions by retired Justice Chandrachud & Justice Phukan as also a copy of the controversial 1993 MoU between IPRS, IPI & PPL.

(v) 23rd February, 2011 (available over here): A file noting by the Registrar of Copyrights explaining that the Mr. Savio D’Souza, a representative of the music industry had met him and informed him that IPRS was ready to release all pending royalties to Mr. Akhtar & Co. without any pre-conditions whatsoever. He also requested the Registrar of Copyrights to fix a meeting between the music industry, the government and the lyricists/composers to discuss the issue.