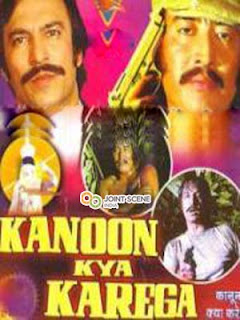 As explained in an earlier post the reason behind the on-going investigation into IPRS was a complaint by Javed Akhtar & Co. against the non-distribution of royalties by IPRS. Although the dispute does appear to be rather confusing, after spending the last few hours going through the papers, I think I may have understood the controversy to a limited extent.

(i) The complaint by Akhtar & the IPRS reply

The complaint by Mr. Akhtar & Co. (available over here) which sparked off the second investigation specifically alleges that IPRS is not honouring the terms of the tripartite 1993 MoU according to which IPRS was supposed to share revenues amongst composer members, author members & producer members in a ratio of 30:20:50. In its defence, (available over here) IPRS has claimed that royalties are paid to only those members who were owners of copyright or those had agreed to affirm the 1993 MoU by accepting that the record companies were owners of the copyright.

In its reply IPRS stated that if Javed Akhtar & Co. were owners of any music, they were required to provide documentary evidence of the same in order to collect royalties and if in case they were depending on the 1993 MoU they would be required to affirm the MoU before IPRS released any royalties to them. Therefore if Akhtar & Co. were owners of the music they just had to provide documentary evidence and collect royalties, failing which they have to depend on the 1993 MoU to collect the royalties and in order to depend on the 1993 MoU they have to atleast accept the MoU by affirming it because if they did not accept the 1993 MoU they had no legal basis to establish their claim over the royalties. This was the reasoning provided by IPRS.

Two questions arise in this context:
(i) Was the 1993 MoU legally valid?
(ii) Were authors/composers required to sign the 1993 MoU in order to be paid royalties by IPRS?

Before answering these questions it is first necessary to provide a basic background to this damned 1993 MoU.

As explained above the entire controversy therefore boils down to the tripartite MoU entered into by IPRS, the Indian Phonographic Industry (IPI) & the Phonographic Performance Ltd. (PPL). This MoU was made available earlier, over here. The MoU is dated 12th November, 1993 i.e. one year before the Copyright (Amendment) Act, 1994 under which IPRS and PPL were recognized as the only Copyright Societies for the music industry and I am guessing that this MoU was in preparation of the 1994 Amendments.

Until this MoU had been signed, the IPRS membership consisted of composers, authors, publishers and owners. The reason for signing this MoU was to bring on board record companies in their capacity as publishers of music. For reasons still not clear to me, the MoU required IPRS to eject the 184 film producers who were earlier admitted to the society. Now any sound-recording is a combination of the works of three authors – a lyricist, a composer and a producer. The lyricist, composer and producer can also be owners of their respective creations. However in the case of a sound-recording for a cinematograph work, the producer would be the first owner of not only the sound recording but also the lyrics and the composer (because of the 1977 SC judgment in the Eastern Motion Pictures case) unless of course there was a contract that was contrary to the same i.e. where the authors reserved the copyrights to themselves. I’ve been told that back in the day, written contracts were not very popular in Bollywood as a result of which the film producers would have owned copyrights not only to the sound-recording but also the lyrics and the underlying music of a particular song. Therefore the film producers would have owned the rights to most of the music from the movie industry. It is however also true that most of the film producers would routinely licence their copyrights to the record companies. These film producers had already been brought into IPRS and now record companies wanted them kicked out, probably because most of their rights had in any case been licensed to the record companies and they would collect their dues from the record companies if any. As an additional safeguard, the MoU also sought clarification from all parties that record companies would be recognized as the owners of sound recordings and the underlying music and lyrics. With film producers out of the picture, IPRS would now have three sets of players: composers, lyricists & record companies.

Apart from throwing out the film producers from IPRS, the MoU also established a royalty sharing mechanism that was to be followed by IPRS. As per Article 4 of the MoU all royalties collected by IPRS would be distributed in the following proportion: (i) 30% for composer-members (ii) 20% for author-members & (iii) 50% for music-publishers.

(iii) Back to the main questions:

The MoU itself has little legal validity because Article 10 of the MoU itself states that the MoU will not have binding effect until such time that it is approved by the Governing Council of IPRS. The question therefore is to what extent was the MoU accepted by IPRS. Regardless of Article 10 also, the only manner in which a certain arrangement can be made legally binding on the members of a company incorporated under the Companies Act, 1956 only if that ‘arrangement’ was incorporated into the ‘bye-laws’ of the Company. While I am not aware of any board resolution affirming the MoU, the fact of the matter is that on 21st September, 2000 the Annual General Meeting (AGM) passed a ‘special resolution’ incorporating a certain variation of the royalty sharing agreement laid out in the 1993 MoU. (The full text of this resolution was downloaded from the website of the Registrar of Companies and is available over here.) This ‘special resolution’ sought to amend the Rules of the Society. More specifically the ‘special resolution’ inserted a Rule 4(e) which stated, in pertinent part, that in absence of any Agreement or Contract in case of works composed and/or contained in cinematograph works the royalties shall be distributed in a ratio of 50:30:20 to publishers, composers and authors. The question therefore is whether this rule continues to exist in the IPRS rule book even after the very questionable 2008 amendments to the Articles of IPRS. Most surprisingly the IPRS reply to the Registrar of Copyrights does not make any reference to any of the Rules and instead depends on only the 1993 MoU.

(b) Were authors/composers required to sign the 1993 MoU in order to be paid royalties by IPRS?

A recurring theme in the reply sent by IPRS to the Registrar of Copyrights is that it would not release the royalties until such time that Javed Akhtar & Co. signed a document affirming the terms of the 1993 MoU. As already explained the only rules that can be imposed on Javed Akhtar & Co. are the IPRS rules. As explained above the pertinent Rule 4(e) did not require any members to sign any documents whatsoever. If IPRS wants to slam the rule book down on Akhtar & Co. it had better start citing the appropriate rules. Also surprising is the fact that Akhtar & Co. didn’t cite this Rule 4(e).

More pertinently however it is an undisputed fact that IPRS was paying Javed Akhtar & Co. the royalties due to them up until 2006-07. In fact the last set of 14 letters that we had published in February had a list of all the cheque numbers issued to Javed Akhtar & Co. before the royalty payments stopped in 2007-08. Why then was IPRS suddenly imposing extra conditions after 2008 for the release of the same royalties? Was there a change in the rules? If yes, then why is IPRS not citing these rules?

Conclusion: Going by the information we have so far, IPRS has no legal basis to continue withholding royalties from Akhtar & Co. Of course if the ‘rules’ of the Society have been changed by IPRS then in that case it would have a better case for withholding royalties. Only time will tell.