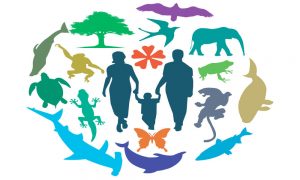 We’re pleased to bring to you a guest post by Alphonsa Jojan. Alphonsa teaches at Tamil Nadu National Law University, Trichy. She has written a guest post for us earlier as well.

On 21st December, 2018, the Uttarakhand High Court delivered its judgment (previously covered on the blog here) on a contentious issue under the Biological Diversity Act: whether  Indian companies, which have no foreign participation in terms of shareholding or management, need to share benefits with local communities under the Biological Diversity Act (BD Act). This question has been flooding various forums, including the Uttarakhand High Court, Nagpur Bench of Bombay High Court and the Central Bench of National Green Tribunal. Interpreting the law in this context for the first time, Justice Sudhanshu Dhulia held that Indian companies will come under the regulatory purview of State Biodiversity Boards (SBBs) under Section 7 read with Section 23 of the BD Act, as SBBs have the power and duty to collect the fair and equitable benefit sharing fee as indicated in the 2014 Guidelines on Access and Benefit Sharing Regulations (2014 ABS Regulation) notified by the Ministry of Environment, Forest and Climate Change. This ruling by the High Court is based on a purposive interpretation of the BD Act relying on India’s international obligations towards indigenous peoples and local communities when resources they conserve and knowledge they hold are accessed and used. These obligations applicable to all actors were introduced through the Convention on Biological Diversity (CBD) and crystallised by the later developments such as the Nagoya Protocol to which India is a signatory.

The judgment was passed in a writ petition filed by Divya Pharmacy, a trust which uses various herbs collected from Uttarakhand for manufacturing ayurvedic medicine and nutraceutical products. The petition challenged the notice served by the Uttarakhand Biodiversity Board directing the trust to deposit a benefit sharing fee with the Board.  The primary contention of the petitioner trust was that being a purely Indian company, the BD Act did not create any obligation on it to pay benefit sharing fee for using biological resources collected from India. In addition to this, the trust also argued that SBBs do not have powers to impose fair and equitable benefit sharing fee.

The Court rejected these arguments by anchoring its reasoning on the principles of conservation, sustainability and rights of indigenous peoples and local communities (IPLCs). Instead of following a literal reading of the provisions of the BD Act, the Court enquired into the purpose behind its enactment and considered BD Act as a beneficial legislation. It located the purpose in the Preamble of the BD Act, which links the Act to the Convention on Biological Diversity (CBD) and various other international treaties and commitments. The Court referred to these international commitments as movements encapsulating various struggles: such as the struggle of developing countries to conserve their biological resources from exploitation and extinction and the struggles of indigenous peoples to conserve their traditional knowledge and culture.  Unlike many other takes on the BD Act, which focus on bio-piracy as well as trade and intellectual property rights, the reasoning of this judgment is based on the inter-play of the three objectives of the Act–conservation, sustainability, and fair and equitable benefit sharing for providing access (ABS).

The third objective of the Act, Fair and Equitable Benefit Sharing (FEBS), is given meaning by the Court by placing reliance on India’s international commitments to give rights to indigenous peoples and local communities.  This becomes apparent as the Court cites Article 8(j) of CBD which encourages parties to the Convention to respect, maintain, apply the traditional knowledge, innovations and practices relevant for conservation and sustainable use; and encourage equitable sharing of the benefits arising from their use. The Nagoya Protocol on Access to Genetic Resources and Fair and Equitable Sharing of Benefits adopted under CBD, which elaborates on the ABS, is also relied on to reach the conclusion that indigenous peoples and local communities require protection not only from outside but also from within India. This interpretation of BD Act to impose benefit sharing obligation on Indian entities requires reading the BD Act beyond the black letters, taking into account the later international developments, including the Nagoya Protocol which entered into force in October 2014.

On this basis, the Court ruled that maintaining a distinction of a purely Indian commercial use and non-Indian commercial use is absurd, since for a meaningful recognition of indigenous peoples’ and local communities’ biodiversity stewardship, sharing of benefits arising from any commercial use of biological resources traditionally conserved by them is quintessential. In this context, it is apt to recall that one of the earliest examples of benefit-sharing of commercial utilisation of traditional knowledge and resources is by Indian entities- Kottakkal Arya Vaidya Sala and Tropical Botanical Garden and Research Institute- with the Kani tribes of Kerala.

In many ways, one can see the Court slowly developing an Indian jurisprudence on bio-cultural rights by establishing property rights for the communities over resources that have been traditionally conserved by them and/or have traditional knowledge over such resources.  It is not surprising to read such an affirmation of bio-cultural rights from a Court which has in the recent past (Lalit Miglani v. State of Uttarakhand, Mohammed Salim v. Uttarakhand) upheld rights of nature, river etc., drawing inspiration from international jurisprudence.

While this judgment can have ramifications on similar issues that are pending before different forums, it is more importantly a wake-up call for the National Biodiversity Authority (NBA) and the State Biodiversity Boards (SBBs) to address the long standing criticism of their failure to make mechanisms for identifying benefit claimers and sharing benefits with them. At present, the users while filling the application form are required to provide details of benefit claimers. The NBA or the SBB does not share the responsibility of identifying the benefit claimers. No protocols for following the cardinal principles of the CBD and the Nagoya Protocol such as seeking prior informed consent of IPLCs before access, and facilitating negotiations with them for developing mutually agreed terms of benefit sharing are elaborated in detail in the Indian biodiversity laws or policies. This is despite the fact that the NBA under Section 21 of the BD Act is entrusted with the responsibility to facilitate the negotiations of the terms and conditions of the access and utilisation of the accessed biological resource or knowledge associated.  The fact that applications under the BD Act are not publically accessible makes the process of access and benefit sharing opaque and immune to public scrutiny. Neither the Ministry of Environment nor the NBA speaks to these gaps in the 2014 ABS Regulation or in the recent Guidelines for processing ABS applications under Section 7. Similarly, there are no provisions for public hearings, like that in the Environmental Impact Assessment Notification, 2006, for voicing the concerns of the local communities with respect to access or benefit sharing terms. The 2014 ABS Regulation only provides that where benefit claimers are not identified, the funds will be used to support conservation, sustainable use of biological resources and to promote livelihoods of the local peoples from where the biological resources are accessed.

Unless explicit rules as well as demonstrable models and case studies for benefit sharing with communities are developed, there will be mounting attacks on the utility and effectiveness of the Act from all quarters, including from indigenous peoples and local communities.  Thus, it is imperative that the authorities take initiatives to show that the institutions under the BD Act are capable of identifying benefit claimers, facilitating ABS negotiations and sharing the benefits with the local communities and indigenous peoples for their role in stewardship. These efforts will strengthen the case for the expanded reach of Biological Diversity Act.