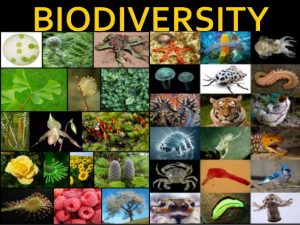 Continuing further on my comments on the new Draft ABS Guidelines, 2019.

Under draft Regulation 12(d), accessing biological resources for “conventional breeding or traditional practices in use in any agriculture, horticulture, poultry, dairy farming, animal husbandry or bee keeping”, is exempt from approval.  This exemption can perhaps be traced to the exclusion of the said activities in Section 2(f) of the BDA. However, the regulations now add a qualifier that such activities are exempt only if they are done “in India”. This territorial restriction is absent in Section 2(f) of the BDA. Please note that this territorial restriction is present in Regulation 17(d) of the currently active ABS, 2014 as well.

Further, for the first time, an explanatory note has been added to define the phrase “conventional breeding and traditional practices”, which reads as follows: –

Explanatory Note:  The conventional breeding and traditional practices for the purposes of these regulations shall be developing more genetic variability or improvement of animal and plant species by facilitating meiotic combination of genes expressing themselves in the subsequent generations that are practiced in agriculture, aquaculture, horticulture, sericulture, poultry, dairy farming, animal husbandry or bee keeping and animal husbandry etc. by the growers/ cultivators/ farmers/ individuals based  on their traditional knowledge passed on to them from their previous generations. However, when practiced for scaling up with a commercial intent will not be considered as conventional breeding and traditional practices” (Emphasis Supplied)

The first difficulty I see with this proposed definition is that even from the farmer’s perspective, the language limits it to only situations where their activity is “based on their traditional knowledge passed on to them from their previous generations”. Is it the intent that farmers should not move along with developments in technology and science, and always limits themselves to “traditional knowledge”? Is it the intent that farmers who thus move practice something in addition to “traditional knowledge” are not intended to be exempt? It would be absurd to suggest so, but that is the effect of the definition.

The question that remains is whether this was anyway the legislative intent. This is undoubtedly a vexed question. The background, including the Convention on Biodiversity pursuant to which the BDA was enacted, and the context, including the positive definition of ‘commercial utilization’ in Section 2(f) of the BDA, suggests to me that the legislative intent was to regulate access of resources for non-agricultural purposes. Conventional Breeding has been practiced for several hundred years (even thousands as some suggest) to improve genetic variability, and whether small scale or large scale, whether with commercial intent or otherwise, it contributes to the preserving and/or increasing diversity. If the avowed intent of the BDA is to preserve and increase biodiversity, it makes little sense to place such artificial limitations on the scope of “conventional breeding”.

The issue is not just limited to ‘conventional breeding’ and this is the third difficulty. The proposed explanatory note attempts to define both ‘conventional breeding’ and “traditional practices”. Section 2(f), inter alia, exempts “traditional practices” in agriculture, horticulture, poultry, dairy farming, animal husbandry or bee keeping. The references to “developing more genetic variability or improvement” and to “facilitating meiotic combination of genes” in the proposed definition are clearly geared towards defining “breeding” (and consequently, “conventional breeding”). “Traditional practices” need not necessarily be about breeding or improving genetic variability.  This leaves persons involved in poultry, dairy farming, animal husbandry or bee keeping (many of whom are obviously doing it on large scale and with commercial intent), high and dry.

The issue of exemption to “conventional breeding and traditional practices” has been a troublesome issue since the inception. And mind, this goes back for more than a decade. From that perspective, whichever camp one belongs to, the attempt to define the term is a welcome move. But I don’t think the NBA has got the definition right. However, if the NBA proceeds with the same definition in the final version, would the industry bell the cat?

The draft regulation 12(g) lists the few items as being exempt under Section 40 of the BDA. These items are couched as “normally trade as commodities”. Ex facie, this is not permissible because the power under Section 40 is conferred only on the Central Government and not the NBA.

A value-added product is defined under BDA in Section 2 (p) as “products containing portions or extracts of plants and animals in unrecognizable and physically inseparable form”.

The draft regulations, however, add a new explanatory note stating that when such value-added products are themselves used as raw materials for the manufacturing of another product, the exemption will not apply. This explanatory note attached to draft regulation 12 (f) is unwarranted and ultra vires.  This is because the exemption to access of value-added products is agnostic to the purpose of such access under the BDA.

NBA to Act as Check Point for Nagoya Protocol

Under draft regulation 13, in the event a person seeking IPR in India has obtained biological resource from a member country of Nagoya Protocol, a new obligation has been placed to seek a No Objection Certificate from the NBA.  This is to be issued, inter alia, upon producing the proof of source of origin of the biological resource.  A similar obligation is placed even for access from non-member countries, though, the documentation requirement is different.

While such a mechanism may be required, for the NBA to confer itself this power, is unwarranted because the BDA did not intend for the NBA to perform this function. The Nagoya Protocol did not even exist at that that time. The entire purpose of the BDA is for the conservation of Indian biological resources/associated knowledge and is not a regulatory mechanism to verify the legitimacy of access of biological resource from other countries. No doubt, the Central Government may need an authority to perform this function, but the NBA cannot confer this power onto itself.

Hopefully, my two posts contained some food for thought for those interested in this area – a subject that is starved of rigorous commentary or jurisprudence.