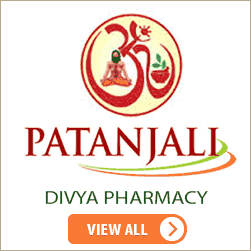 In a judgment delivered on December 21, 2018 a judge of the Uttarakhand High Court ruled that Divya Pharmacy, an Indian company that manufactures Ayurvedic medicines, will be subject to the benefit sharing obligations under the Biological Diversity Act. As a result, Divya Pharmacy will be required to make payments to the Uttarakhand State Biodiversity Board as per the rates laid down in the Access and Benefit Sharing Guidelines, 2014.

The Uttarakhand High Court concedes that on a literal reading of the statute, Divya Pharmacy has a strong case but then claims that this would lead to an absurd legal outcome where only foreign companies would have to pay for accessing Indian biological resources. If a court can establish that a literal interpretation leads to an absurd outcome it can give the legislation a purposive interpretation, meaning an interpretation that honors the legislative intent of Parliament rather than the text of a particular clause. It is often a convenient device for activist judges to ignore the parliamentary mandate.

The problem with this line of argument that is accepted by the Uttarakhand High Court, is that there is nothing absurd about an Indian legislation discriminating between foreign and domestic company. Indian economic policy has always been protectionist and Indian companies have been given protections and privileges by the Indian Parliament which have not been made available to foreigner competitors. The debate behind the Convention on Biological Diversity and the subsequent enactment of the Biological Diversity Act was very much on nationalistic lines. Developing countries who were being forced to adopt America’s TRIPS agenda basically attempted to strike back by signing the Convention on Biological Diversity (CBD) which for the first time recognized the national sovereignty of nations over their biological resources. I”ve explained a bit of history in an earlier post here. It was therefore no surprise that Parliament exercised its sovereignty to treat foreign and Indian companies very differently when it came to accessing Indian biological resources. On other issues such as potential patenting activity for research conducted on biological resources, the law treats both foreign and Indian companies equally. Section 6 is crystal clear that no person shall apply for any IP rights in India or abroad without the permission of the NBA. This means that Indian companies have to get permission in the same manner as their foreign counterparts. If Parliament was smart enough to treat foreign and Indian companies on the same plane for IP rights, it follows that Parliament was aware it was treating Indian and foreign companies differently when it used the phrase ‘approval’ in Section 3 and ‘intimation’ in Section 7. There are several other provisions in the legislation which support this interpretation.

The Uttarakhand High Court’s decision has predictably attracted very favorable press because it puts Baba Ramdev’s companies in the dock. Most of India’s self-labeled liberals do not like Baba Ramdev. The fact however is that this judgment is going to apply across the board to a number of small and medium Indian companies who carry out similar businesses and who will now have their business models impacted.

Both, the judgment and the favourable reportage around it appear to be under the impression that the money collected from Divya Pharmacy will go to the tribals of Uttarakhand. That is not necessarily true since the money collected under the ABS guidelines goes into a fund that is supposed to be used for conservation activities. Only if the company is using traditional knowledge associated with the biological resources can the NBA, not the SBB, make a determination of equitable benefit sharing after a claim is presented to it. The tribals do not get any money otherwise.

With reference to the right of tribals, the Uttarakhand High Court makes the following grand statement:

“The local and the indigenous communities in Uttarakhand, who reside in the high Himalayas and are mainly tribals, are the traditional “pickers” of this biological resource. Through ages, this knowledge is preserved and passed on to the next generation. The knowledge as to when, and in which season to find the herb, its character, the distinct qualities, the smell, the colour, are all part of this traditional knowledge. This knowledge, may not strictly qualify as an intellectual property right of these communities, but nevertheless is a “property right”, now recognised for the first time by the 2002 Act, as FEBS.”

FEBS or fair & equitable benefit sharing is not a property right. The Biological Diversity does not create a property right in favour of any communities. Rather it treats the NBA as the benevolent parens patriae which can dole out money to the communities claiming to assert some ambiguous right under equity related to their traditional knowledge. Even presuming there is a property right in the traditional knowledge. Is the “property” owned by an entire community? What if one of the members of a tribe or community wants to share the knowledge without the consent of the other members of the community? What happens then?

This judgment of the Uttarakhand High Court is unlikely to stand scrutiny on appeal and is going to attract a fierce backlash from Indian industry.