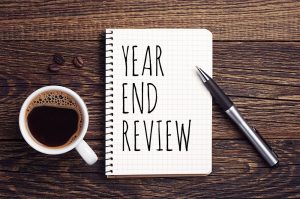 Here’s wishing all our readers a Happy New Year! We hope 2018 lived up to your expectations. If it didn’t, forget about it. It’s in the past now – best leave it there as 2019 beckons!

As always, we take this time to reflect upon the year gone by – taking a walk down memory lane to recount all the exciting developments that took place in 2018, and reshaped the Indian IP landscape.

This year, we’ve divided the developments into three broad categories:

The decisions in the first category, i.e., Top IP Cases/Judgments based on Topicality/Impact reflect those that we thought were important from a topical point of view and were covered by the media in some way owing to the importance of parties litigating or the issue being considered or for impact on industry and innovation/creativity ecosystem etc. We’ve tried to represent a diversity of subject matter also in this list, so we have a fair sprinkling of cases dealing with patents, trademarks, copyright etc.

And the decisions in the second category, i.e., Top IP Cases/Judgments based on Jurisprudence/Legal Lucidity reflect those that we thought reflected a fair bit of jurisprudential rigour and/or legal lucidity. However, the two categories are not mutually exclusive. The second category contains judgments which we feel have done a fairly good job in reiterating, laying down or rejecting legal principles. These judgments have also been included for their lucidity and sound legal reasoning. Please note here that both these categories are not mutually exclusive.

The third category lists out notable developments in the legislative and policy sectors and includes important amendments, proposals for amendments, releases of policy notes and reports. We’ve also highlighted important developments in other sectors that have had a significant impact on the IP landscape.

Following on the heels of various other jurisdictions, Indian IPR administrative offices have taken several steps to introduce new, exciting technologies! We reported about two important developments: (1) Introduction of Video-Conferencing by the Copyright Office for Hearing Applicants (2) Proposal by the Controller General of Patents, Designs and Trademarks to Introduce AI, Blockchain and Internet of Things in IP Enforcement.

In a welcome move, The Centre for IPR Promotion and Management (CIPAM) released two well-researched documents summarizing various aspects of the Indian IPR regime.  One of these documents, in particular, lists institutional reforms by the Government over the past few years and also provides a helpful summary of filing and enforcement statistics.

The Union Cabinet approved a proposal to accede to the WIPO Copyright Treaty, 1996 (‘WCT’) and the WIPO Performance and Phonograms Treaty, 1996 (‘WPPT’). WCT specifically sets out a framework for the protection of authors’ rights in the digital environment and also makes the protection of computer programs and databases mandatory. The WPPT pertains to the rights of performers and producers of phonograms. It protects, specifically in a digital environment, the rights of actors, musicians, singers and producers of soundtracks. While this move will benefit copyright owners, but may result in diplomatic pressure provisions that are uniquely applied in India, such as those pertaining to ‘Technology Protection Measures’.

In a highly welcome move, the Central Government recently amended the Intellectual Property Rights (Imported Goods) Enforcement Rules, thereby revoking the power of customs officers to seize imports on the basis of mere complaints of patent infringement. This amendment will, presumably, render the Ericcson judgment (wherein they had held that customs officers could suspend clearance of good if they had “reason to believe” patent infringement claims) invalid.

The government has been actively trying to increase access to our favourite sport channels and has even proposed to amend the Sports Broadcasting Signals (Mandatory Sharing with Prasar Bharti) Act (“SBS Act”), an Act which requires all private broadcasters to share sporting events of national importance with Prasar Bharti. The Cable Television Networks Act (“CTN Act”) mandates that all cable operators are required to re-transmit all DD channels to their users. Back in 2017 though, a SC judgment held that the signal shared with DD could not be re-transmitted over cable networks under the SBS Act, notwithstanding the mandate under the CTN Act. The government has now proposed an amendment to the SBS Act that will allow such re-transmission. If this measure is carried out successfully, it would imply that people would only need a cable TV or DTH network to view sporting events and would not have to subscribe to costly sports channels for the same.

In light of the current government’s efforts to repeal redundant laws, the Parliament repealed the Copyright (Amendment) Act, 1999, Copyright (Amendment) Act, 2012 and the Competition (Amendment) Act, 2007. While one interpretation of this action may result in the conclusion that the substantive provisions of these amendments have been repealed, another suggests that post-amendment, the original statute exists only as amended, and therefore repealing the amending act would not affect it. This latter interpretation is backed by precedent from the Supreme Court of India.

A petition that challenges the constitutional validity of Sections 31(1)(b) and 30D is currently being heard by the Supreme Court. Sec. 31(1)(b), which creates a compulsory licensing regime, and Sec. 31D, which allows for mandatory licensing to broadcasting organisations on terms decided by the IPAB, were brought in through amendments to ensure broader dissemination and address the unfair power balance that reflects in grossly unbalanced contracts. These provisions are being challenges because of alleged arbitrariness, unfair impediment on the rights of the copyright holder and creating and unfairly favourable position for broadcasters.

The Recorded Music Performance Limited (“RMPL”) applied for registration as a copyright society. Its application again raised the debate regarding value deprivation caused to authors due to flaws in the model of these societies and the  influence of big music companies. In light of Phonographic Performance Limited’s (“PPL”) pending application for registration as copyright society, the question of whether both these entities should be allowed to register arises. In our answer to this issue, we responded by stating that plural societies would have an adverse impact by creating unnecessary competition and a lot of confusion. We further opined that choosing RMPL over PPL would not be a wise decision since the latter has a wider membership and has collected and delivered huge royalties in previous instances.

We first reported about a suit filed against the Controller General of Patents in the Madras HC. The Petitioner contended that they were qualified to appear before the Patent Office without clearing the Patent Agent Examination since the Advocates Act gives them the right to practise in all forums. The Petitioner based his argument on the Chockalingam ruling, which declared an amendment (which deleted a provision that allowed advocates with degrees in science and technology to enrol as patent agents, without taking the patent examination) as unconstitutional. Later, we also reported two more petitions on similar points lying before the Delhi HC and the Madras HC.

The All India Council for Technical Education (AICTE) released a circular announcing the ‘Intellectual Property Talent Search Examination 2018’. Launched jointly by the Associated Chambers of Commerce and Industry (ASSOCHAM) and Ericsson, the talent search will reward high school students (Class 9-12) and undergraduate students who score well on the online examination. This is in furtherance of the objectives laid down in the National IPR Policy 2016, one of which is “IPR Awareness: Outreach and Promotion”. However, indoctrinating school children with a formalistic one-sided IP view may do more harm that good. Rather, focussing on encouraging innovation and creativity may serve the purpose of the national policy better.

(This post has been put together by Prarthana Patnaik and Rishabh Mohnot with inputs from Pankhuri Agarwal and Prof. Shamnad Basheer)