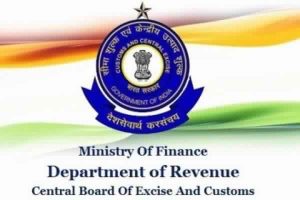 The IP-customs linkage has always been a contentious one. Particularly so in the case of patents, an area of law which is difficult enough to decipher for trained judges, much less customs officials (more often than not generalist bureaucrats appointed by the Government of India).

Given this problematic linkage, it is heartening to note that vide a recent notification dated 22nd June, 2018, issued by the Central Government, the linkage between patents and customs has effectively been broken (a bit). In other words, the new Intellectual Property Rights (Imported Goods) Enforcement Amendment Rules, 2018 (“IPR Amendment Rules”) revokes the power of custom authorities to seize imports upon receiving mere complaints of patent infringement. For the benefit of our readers, I will briefly recap the events and cases where this issue repeatedly arose. I will then proceed to analyse the implications of this amendment.

In 2009, Samsung filed a writ petition, challenging the decision of the Customs Officer to bar imports of dual-SIM phones under the Intellectual Property Rights (Imported Goods) Enforcement Rules, 2007 (“IPR Rules”) and the Indian Customs Act, 1962. Ramkumar, a Madurai-based scientist and partner of Vikar Kumar Systems, had a patent on dual-SIM phones. In his post on this issue, Prof. Basheer stated that the IPR Rules were likely to be deemed unconstitutional since they allowed custom authorities to determine patent legality of imports on mere representations of the patent owner without consulting the importer. He raised a pertinent question regarding the competence of these authorities in dealing with such cases. He also went on to analyse and apply Article 51 of the TRIPS, which deals with suspension of release by custom authorities. The Article requires member nations to provide border control measures only with respect to “counterfeit trademark or pirated copyright goods”. In other words, Prof. Basheer concludes that the Article does not impose any border control obligation with respect to patented goods and that India should come up with fairer measures with respect to this. It was later reported that Samsung withdrew its writ petition and Ramkumar obtained an ex-parte decree from the Madras High Court restraining other manufacturers of dual-SIM phones. Since Ramkumar claimed rights over all dual-SIM phones, Indian custom authorities of Mumbai, Chennai and Delhi held against him. (The Ramkumar saga has received a lot of bad publicity since it involved the murder of a partner of Vikas Kumar Systems and a defamation threat against Prof. Basheer, but I won’t delve into those details since it does not form the direct concern of this post.)

In the 2012 decision of the Delhi High Court in L. G. Electronics Pvt. Ltd. v. Bharat Bhogilal Patel (“Bhogilal Patel”), Mr. Patel had been granted two patents by Patent Examiners on behalf of Controller of Patent Office and he filed a complaint against L.G. Electronics and various other importers for infringing his patent rights. A Circular, providing instructions for implementation of the IPR Rules, was issued by the Central Government in 2009. The Court relied on Clause 4 of this Circular which stated that it was not easy for custom authorities to determine Patents, Designs and GI infringements unlike those of copyright and trademark and that for such infringements, the offences must have already been judicially pronounced and the custom authority would merely be required to implement such order. In his post on this judgement, Prashant questioned this decision on various grounds, one of them being that the circular merely stated that “extreme caution” was to be taken in examination of the 3 identified IP areas and that the circular did not explicitly state that custom authorities did not have the power to examine patent eligibility. He stated that the decision clearly went against the IPR Rules and it could only stand if the Rules were amended.

Later, this decision was overruled by the same Court (and on the same date!) in the case of Telefonaktiebolaget Lm Ericsson Torshamsgatan v. Union of India and Ors (“Ericsson”) They held that Section 7 gave the power to Deputy Commissioner of Customs or Assistant Commissioner of Customs to suspend clearance of such goods as long as they had specific and clear “reason to believe” that the goods in question infringed the patents claimed. In case the alleged infringer claims that the matter is too complex for the custom authorities to decide and the custom authority does not give proper “reason to believe”, the Court held that it can direct him to approach the competent court to assert his patent rights.

In addition to the above, there were also two petitions filed against the IPR Rules in the Delhi High Court (Saral Communication v. Union of India [2014] and Sumeet Kumar v. Ministry of Finance [2015]), which are currently pending.

Implications of the Amendment

Under Section 6 of the IPR Rules, goods which allegedly infringe intellectual property rights are deemed to be “prohibited” under Section 11 of the Customs Act, 1962. The IPR Amendment Rules omitted the terms “patent as defined in the Patents Act, 1970” and “the Patents Act, 1970” from the definitions of “intellectual property” (Clause 2(a)) and “intellectual property law” (Clause 2(b)). Such an amendment was much required since it is clear that custom authorities should not be tasked with examining patent infringement claims. As pointed out in Bhogilal Patel, neither the IPR Rules nor the Circular provide the custom authorities a mechanism for determining patent infringement.

Presumably, in the face of this amendment, the Ericsson judgement will no longer be enforceable i.e, custom authorities can no longer determine patent eligibility of the imports. We cannot clearly conclude, however, that the Bhogilal Patel ratio will be applied since the Amendment merely removes patent examination from the scope of custom authorities’ powers and does not give any guidance about the determining authority in case of patent infringement claims. Hence, it remains unclear if the relevant High Court will be the authority to pass the order for suspension of clearance of goods which allegedly infringe patent rights of rightholder. Hopefully, the Courts will clarify this in the future.

H/T: I would like to thank Mr. Rajiv Kumar Choudhry for notifying the SpicyIP Team about this amendment and its implications.