Earlier this year on the 3rd of August the Bombay High Court disposed a writ petition filed by one Bharat Bhogilal Patel, inventor who had been granted two patents by the Patent Office, Mumbai for the following inventions: (i) ‘A process of manufacturing engraved, design articles on metal or non-metal’ and (ii) ‘An improved engraving and marking machine with laser technology’. Apparently Mr. Patel had approached the Customs Commissioner to have his patent rights enforced under the IPR Enforcement Rules, 2007. It appears he requested the Customs Commissioner to seize all imports that allegedly infringed his patents.

Our frequent readers maybe aware of the infamous Ramkumar case last year wherein a small inventor had successfully enforced his patent rights under the IPR Enforcement Rules, 2007 to seize cellphone imports of huge companies like Micromax & Samsung on the grounds that they were violating his patents. Ultimately Customs Authorities released the consingments after it was sucessfully argued that Ramkumar’s patents were of dubious quality.

We managed to access the file wrappers of both patents. The first patent bearing application no: MUM/610/1998 was granted as patent no: 189207. The second application bearing no: MUM/611/1998 was granted as patent no: 188787. For all those of you who are interested in having a look at a pure Indian patent specification which cites zero prior art, we have loaded both file-wrappers on to our website – spicyip.com. It is also interesting to note the examination procedure itself wherein the examiner had to plead with the patentee to file the basic documentation such as title deeds etc. Please click on the following links to download the file-wrappers – Patent No: 189207 – Part I/Part II & Patent No. 188787.

Anyway getting to the main point of this post, I noticed that both patents were in fact granted by Patent Examiners on behalf of the Controller. Every letter from the patent offic 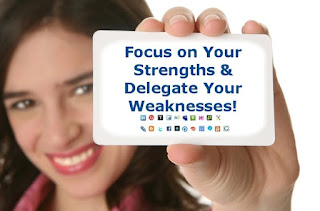 e to the applicant/patentee, in both file wrappers, is signed by the Examiner on behalf of the Controller. This includes the letter informing the applicant that his patent has been in order for grant. Not a single communication from the Patent Office is signed by the Controller. I’ve seen this happening in other patents granted by the Patent Office, Mumbai. The two main issues that arise in this context are as follows:
Image from here.

I. Which is the authority that can grant a patent under the Patent Act?

Moreover as per the scheme of the Patent Act under Chapter IV, the examination and grant of patents is a two-tiered structure i.e. under Sections 12 and 13 it is the Examiner who examines the intial patent application for obviousness and anticipation before submitting a report of the same to the Controller under Section 14. After the Examiner submits the report to the Controller under Section 14 the Act vests the power to grant or deny a patent under Section 15, 42 etc. lies only with the Controller and not the Examiner. The fact that the Controller may have signed the Patent Certificates is insignificant in the overall analysis since as clarified by the Delhi High Court in the case of Dr. Snehalata v. Union of India a patent is effectively granted when the patent office communicated the same to the patentee through a letter. Therefore subsequent acts such as the patent certificate and the entry into the registry of patents are only administrative functions. The main decisions pertaining to the grant of a patent have already been communicated through the letters signed by the examiners.

II. Can the Controller further sub-delegate his power to an Examiner?

A fundamental maxim of administrative law is delegates non potest delegare. This basically means ‘one to whom power is delegated, cannot himself further delegate that power’. There are several Supreme Court precedents upholding this very fundamental principle.

By now it is almost settled that the legislature can permit any statutory authority to delegate its power to any other authority, of course, after the policy has been indicated in the statute itself within the framework of which such delegatee is to exercise the power. The real problem or the controversy arises when there is a sub-delegation. It is said that when Parliament has specifically appointed authority to discharge a function, it cannot be readily presumed that it had intended that its delegate should be free to empower another person or body to act in its place.

It is therefore implied that while delegation of powers under Section 73 by the Controller General of Patents is valid, the same cannot be further delegated by the designated controller to the examiner. Both patents therefore suffer from a gross error in law and should be set aside in case a writ petition is filed against them by the importers.

Most importantly however I would request the experienced patent practitioners to comment on whether examiners granting patents is a normal practise of the Indian Patent Office, in which case thousands of invalid patents may have been granted. A fit case for the Controller General to exercise his powers under Section 66 of the Patents Act?