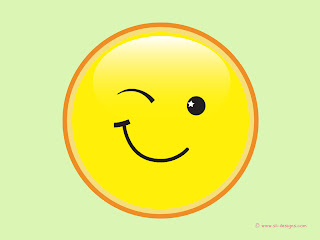 Mathews last week had carried this post, summarizing an ex-parte order by Justice Manmohan Singh in the case of L.G. Electronics Pvt. Ltd. v. BharatBhogilal Patel & Othrs. Image from here.
In this post I would like to critically analyse the order and its implications for future cases. Before proceeding any further, I would like to briefly point our readers to the Ramkumar case, where Customs Authorities had seized consignments of imported mobile phones which were allegedly infringing Ramkumar’s patents. Those seizures had taken place on the basis of the Intellectual Property Rights (Imported Goods) Enforcement Rules,2007. These Rules define ‘intellectual property rights’ as copyrights, trademarks, patents & designs and allow for right-holders to move the customs authorities for the seizure of any imports which may be infringing the designated IP Rights.
In this specific case, the Customs Authority had merely issued a show-cause notice to L.G., under the IPR Import Rules, on the basis of a complaint made by the patentee – Bharat Bhogilal Patel. The ex-parte order by Justice Manmohan Singh stayed the operation of the complaint filed by the patentee until further orders from the court. This order of Justice Singh order is disturbing for the following reasons:
(i)      Justice Manmohan Singh, the presiding judge, was hearing the present case as a civil court and not a writ court. A civil court, hearing a civil suit, cannot stay the operation of a complaint filed under a statutory rule. Only a writ court can stay the operation of such a complaint. Simply put, the presiding judge did not have the power or authority to stay the operation of a complaint under the IPR Import Rules.
(ii)  The judge passed an ex-parte order despite the fact that the defendant’s counsel was present and had raised serious issues challenging the jurisdiction of the Delhi High Court to admit and decide the present civil suit.
(iii) Under S. 80 of the CPC, a civil court cannot pass any order against the Central Government in a civil suit without first hearing the Central Government. This requirement can be waived in certain urgent cases. The present judge however has waived this requirement completely without providing a single line in reasoning as to the urgency of the matter.
(iv)  The most worrying aspect of the judgment however is its willingness to completely ignore an entire aspect of the IPR Import Rules on the basis of a subsequent circularissued by the Central Government. In itself, the IPR Import Rules, 2007 does not distinguish between patents, trademarks, copyrights, designs & G.I.s. and applies equally to all classes of IPRs. While notifying the rules, the CBEC also issued a ‘Circular’ with instructions on the implementation of the Rules. In pertinent part the circular stated the following “While it is not difficult for Customs officers to determine Copyright and Trade Marks infringements at the border based on available data/inputs, it may not be so in the case of the other three violations, unless the offences have already been established by a judicial pronouncement in India and the Customs is called upon or required to merely implement such order. In other words, extreme caution needs to be exercised at the time of determination of infringement of these three intellectual property rights.” The Delhi High Court used this one para to rule that Customs did not have the authority to decide infringement and that only a Civil Court could decide questions of infringement. Such an interpretation is extremely doubtful for the following reasons:
Firstly: it is doubtful whether a ‘circular’ can be used to interpret Statutory Rules that derive their legality from a statute.
Secondly: the circular does not prohibit the Customs Authorities from determining infringement. It merely states that it is difficult to determine patent infringement unless there is already a judicial pronouncement on the point. It however does not prohibit the Customs authorities from determining cases of patent infringements. It merely states that ‘extreme caution’ needs to be exercised while determining patent rights. How then does a judge come to the following conclusions: “Mere reading of clause 4 makes it clear that as far as three violations, i.e., Patents, Design and Geographical Indications, are concerned, the defendants 2 and 3 are merely implementing agencies to enforce the orders, if passed by the Court in favour of the party pertaining to above mentioned three subjects and the custom department would be entitled to enforce the same.”
Thirdly: the Delhi HC’s interpretation of the circular completely negates the effect of the IPR Import Rules, 2007. The golden rule of statutory interpretation requires a judge to allow for a literal interpretation unless compelling circumstances force a purposive interpretation. In this case a literal interpretation of the IPR Import Rules allows for the Customs Authorities to decide the question of patent infringement. There is no reason to go for a purposive interpretation.
If it is bad policy to allow for Customs to decide patent infringement, the Govt. should amend the IPR Import Rules. Judges cannot ignore the most obvious literal interpretation just because they disagree with it. If this order is used as a precedent, the Delhi HC would have effectively amended the IPR Import Rules, 2007 to exempt patents from these rules.