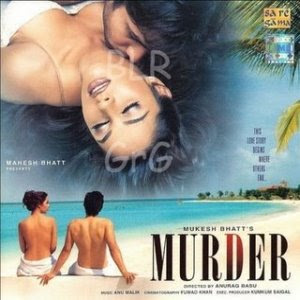 This question, often posed in the context of pharmaceuticals may have found its answer in a case involving an electronics patent.A number of papers report that a death in Chennai could be connected with the ongoing Ramkumar vs Samsung (and others) patent litigation, a litigation that we have been tracking on this blog.

The last update we carried was that of a ridiculously cryptic ex parte injunction by the Madras High Court on the 13th of March. Apparently, at the date of last hearing (29th of April), the judge ordered that his ridiculous ex parte interim order against several cell phone manufacturers continue. The matter will now be heard on June 9th.

In the meantime, CH Unnikrishnan of the Mint carried two news items documenting two further developments on this case:

i) Samsung filed a petition at the IPAB, asking that Ramkumar’s patent be revoked, since it does not meet with patentability criteria.

ii) Ramkumar shot off a letter to the excise authorities asking that Samsungs’ manufacturing license be suspended. An excise authority to enforce patents? Indian bureaucrats (IAS cadre) are generally for their ability to master several trades; but isn’t this a bit too much? First it was the Drug Controller…. then the Customs Authorities. And now the Excise Department!

One wonders where overzealous patentees like Ramkumar will turn to next -perhaps the Election Commission? After all, if Samsung is guilty of patent infringement, how can its India MD be permitted to vote in these elections?

Anyway, back to the rather horrifying death and it potential link to the patent dispute:

“The daring murder of business executive Divakaran Sankaran from Kotturpuram in full public view has probably unveiled an ugly patent war between the proprietors of Vikas Technologies and importers of mobile phones with dual SIM cards into India over a dual SIM card patent that has been issued to Chennai-based engineer Somasundaram Ramkumar, who is also one of the partners of the firm.

Since several international mobile phone companies like Samsung Electronics, Spice Mobile, etc., import thousands of dual SIM mobile phones into India, Mr Ramkumar and his company filed a petition in the Madras high court claiming that the companies were using his patented technology without paying him royalties.

The daylight murder of one of the senior partners of the firm that is fighting the case along with Mr Ramkumar within two days after the HC extended its interim order is being probed in all angles, including a fight over the inventor’s patent rights, the police said.”

“In a suspected case of business rivalry, a 60-year-old CEO of a patent rights company was hacked to death by a three-member gang on motorcycles in broad daylight at K K Nagar on Friday.

Sankar, the CEO of Vikas Systems, a company that monitors the import of ‘double SIM card inserting technology’, was coming out of the house of the company’s lawyer, Durai Manikumar, along with two others, at 11.30 am when the gang struck, V Sethu, Assistant Commissioner of Police, Ashok Nagar, said.

Vikas Systems was started by Ram Kumar of Madurai, a scientist who invented the double SIM card inserting technology in 2002. The firm holds the patent rights for the technology. The company has filed cases against manufacturing companies that have brought in the technology illegally and has got court orders in its favour. It was in connection with one such case that Sankar had gone to Manikumar’s house.”

The Times of India interestingly suggests that the deceased had a shady past:

“Divakaran was running several businesses in various names, including shoe exports. He was caught by CBI once for sending goods abroad without disclosing proper facts. The goods were seized by the directorate of revenue officials who transferred the case to CBI,” a senior police officer said. When TOI tried to contact CBI officials for their response, they refused to comment.”

The insinuation in almost all these news reports is that cell phone manufacturers/importers (who are pitted against Ramkumar in the aforesaid patent disputes) may have been responsible for this murder. Only time (and loads of further investigation into this murky business) will reveal the truth!