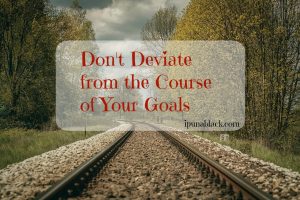 It’s been a while since we updated you on the patent working PIL matter  at the Delhi High Court. On 23rd April, 2018, the Delhi High Court disposed of the matter, directing the Government to complete all steps towards effecting necessary amendments in the patent working provisions, strictly within the timelines proposed by it. It has also asked the Government to place a report before it upon completion of this exercise.

As our readers may recall, the Court, in an order passed on 15th March, had directed the Government to file an affidavit stating a reasonable timeline within which it would complete the then ongoing consultation with the stakeholders on the patent working issues, examine the comments it receives and effectuate the necessary amendments under the Patents Act/Rules. Pursuant to this order, the Government had filed an affidavit (dated 20th April) proposing the timelines to be as follows:

In the judgment (dated April 23), the court has accepted these timelines and directed the Government to complete the remaining steps in accordance with them.

Here’re the relevant paragraphs of the judgment:

“We accept the timelines suggested by the respondent no.1 who shall remain bound by the same. Every effort shall be made to ensure that there is no deviation and the matter is treated in right earnest and given the seriousness which it deserves to be accorded to it.

The respondents shall place a report before this court upon completion of the aforesaid noticed exercise.

In view of the above, this writ petition and application which sought the strict implementation of the law need not detain this court any further and are hereby disposed of.”

One now hopes that the Government will come up with a more optimal working disclosure format and implement it more rigorously in the years to come. The Government has already completed the process of stakeholder consultation in this regard. A total of 73 stakeholders, from India as well as abroad, had submitted their comments to the Patent Office in late March. Selected stakeholders were then invited by the Patent Office for a consultation meeting which was held in New Delhi on 6th April. Representations were made by 43 stakeholders (both Indian and foreign) at the meeting, which included 19 law firms, 7 industry associations, 6 companies, 3 non-profit organisations, 3 academicians, 1 R&D organisation, 1 in-house lawyers’ group, 1 patent agent, 1 patent attorney and 1 government body (The US Patent and Trademark Office).

Among law firms, almost all top IP law firms (Anand & Anand, Remfry & Sagar, K&S Partners etc.) presented their views. From the industry, 2 pharma companies (Mylan and Natco) and 4 other companies, namely, Samsung, Huawei, HUL and Erricson made representations. Apart from these individual companies, feedback was also given by 7 industry associations such as BSA, CII, FICCI, JIPI, JIPG, OPPI and ASSOCHAM. Indian academics who participated included Prof. Basheer (represented by his counsel, Mr. Sai Vinod), Dr. Raj Dave from GNLU and Prof. Yogesh Pai from NLU Delhi. From non-profit organizations, we had the Lawyers Collective, MSF (Doctors without Borders) and the Center for Internet and Society (CIS). A gist of the major issues raised and the suggestions made during the meeting, as provided by the Government in the affidavit submitted to the court, can be viewed here.

The Government is now in the process of examining the stakeholders’ feedback and preparing a draft of necessary amendments to the Patents Rules/Form 27. As per the proposed timelines, the draft amendment will be notified in the gazette for stakeholders’ comments by July this year.