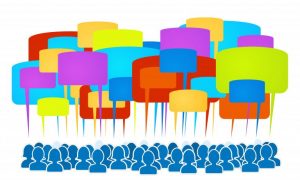 In compliance of the order passed by the Delhi High Court on 15th March in Prof. Basheer’s Patent Working PIL, the Patent Office has published on its website the comments received by it from stakeholders on issues relating to patent working provisions (including Form 27). This is a very welcome move and the speed of the Indian Patent Office needs to be appreciated.

The full text of the comments can be viewed here and a brief summary of each of them (in a table format) here.

The Patent Office had invited comments from stakeholders last month following a Delhi High Court order (dated 7th February) directing it to file an affidavit stating the timeline and the manner in which it proposes to modify Form 27. It had also proposed a consultation meeting with selected stakeholders, which was held yesterday.

Number and Diversity of Stakeholders

A diverse set of stakeholders, totaling 73 in number, have participated in the consultation process and submitted their comments. The diversity is apparent from the fact that out of the 73 stakeholders, there are 24 law firms, 11 companies, 14 industry associations, 5 advocates, 5 academicians, 4 non-profit organizations, 3 patent professionals’ firms/associations, 2 patent agents, 1 patent analyst, 1 government body, 1 former patent official and 1 former army officer. Interestingly, the submissions have been made not only by stakeholders in India but also by those from abroad. They include, most notably, the US Patents and Trademarks Office; 3 industry associations (US Chambers of Commerce, PhRMA and IPO), 1 IP attorney and 1 academician (Prof. Srividya Raghavan) from the US; 2 industry associations and 2 companies (Mitsubishi and Canon) from Japan; 1 IP law firm from China; 1 patent attorneys’ association (CIPA) from UK and 2 international pharma industry associations (IFMPA and INTERPAT) based in Switzerland.

Among the stakeholders from India, almost all top IP law firms (Anand & Anand, Remfry & Sagar, K&S Partners etc.) have put forward their suggestions. From the industry, 2 pharma companies (Mylan and Natco) and 7 other companies, namely, Samsung, Huawei, Siemens, HUL, Bosch, Saint-Gobain and NSL have submitted their comments. Apart from these individual companies, feedback has also been given by industry associations such as IPA, OPPI, CII, FICCI, JIPG, BSA and ASSOCHAM.

Indian academics who submitted comments include Prof. Basheer, Dr. Raj Dave along with Justice (Retd.) Ashok Ganguly from GNLU, Prof. Prabuddha Ganguly and Prof. Yogesh Pai from NLU Delhi. From non-profit organizations, we have the Lawyers Collective along with MSF (Doctors without Borders) and Delhi Network of Positive People, who made a powerful intervention and CIS (Center for Internet and Society).

In Support of a Stronger Form 27 or a Weaker One?

As expected, there is a wide diversity of views on Form 27s. Not too surprisingly, the US Government (USPTO) and various multinationals (Samsung, Mitsubishi  etc) and industry groups that represent their interests (FICCI, BSA, US Chambers of Commerce, Japan IP Association, Japanese IP Group of India, OPPI, IFPMA, PhRMA, INTERPAT and JPMA ) have effectively advocated for the abolition of the patent working disclosure requirement! Little realizing that this cannot be done without Parliamentary amendment of the statute. Various other patent law firms and industry groups have argued for a dilution of the Form 27 patent working disclosure standards.  Funnily enough, an Indian law firm has suggested that there should be no deadline itself for filing Form 27! Seems like a not so subtle way of eliminating the patent working disclosure requirement altogether!

Others have, however, largely supported the strengthening of Form 27 and the disclosure mandate, including Prof. Srividya Raghavan, Natco, MSF, Lawyers Collective, Centre for Internet and Society etc.

We also have a fair dash of humour, with one Chinese law firm, GE Cheng & Co. Ltd. going way off the mark and suggesting that new use of known pharmaceutical compounds should be patentable! When this consultation has nothing to do with new use patents and was meant to solicit comments on patent working!

We’ll bring to you a separate post highlighting and analysing all the key suggestions made by the stakeholders soon. Stay tuned!

P.S. In the latest development in the Patent Working PIL, a telecom industry association TEMA (Telecom Equipment Manufacturers Association of India) (represented by Adv. Rajiv Kr. Choudhry) filed an intervention supporting the petition and seeking strict enforcement of the patent working disclosure mandate and constitution of an expert committee to suggest necessary reforms. TEMA highlights the role of Form 27 in promoting transparency and the reasons why patent owners resist disclosing the details required therein. For instance, it submits that patentees use the excuse of portfolio licensing for not disclosing patent specific details only to hide cases where there has been a ruling on the validity and/or infringement of a patent in another jurisdiction. Another reason it highlights for patentees’ reluctance to disclose licensing data is the avoidance of taxation and transfer pricing issues. Further, according to TEMA, a properly filled-up Form 27 could reduce litigation by giving the public and prospective licensees complete information on the working of the patent and its uses. Lastly, it argues that a license under FRAND terms must not be kept outside the purview of the law and the patentees must be required to provide its information to the public as hiding it would skew the market in favour of the patentees.