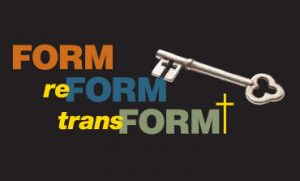 Last week, we brought to you news of yet another well reasoned and lucid order from a Division Bench of the Delhi High Court (comprising Acting Chief Justice Gita Mittal and Justice Hari Shankar) in our Patent Working PIL (see here and here).

This order (dated February 7, 2018) is now available on the Delhi High Court website here. The order again reiterates the importance of the patent working disclosure requirement and expresses dismay at the fact that the petition had been filed way back in 2015 and nothing had been done as yet. Here is what the court says:

“Given the fact that this writ petition complaining of several pitfalls, illegalities as well as the admitted position on the part of the respondents that Section 146 of the Patents Act, 1970 has not been effectively worked, was filed as back as in the year 2015, this matter ought to have engaged the attention of the respondents long ago.”

“It is also astonishing that the matter has proceeded in this manner for a long period of 45 years since the statute was enacted. Be that as it may, expeditious steps regarding the working of the statutory provisions as well as the changes, if any, are required in the statute, rules and prescribed forms deserve to be taken.”

The order then goes on to provide some clarity in terms of what aspects of a patent licence need to be disclosed to comply with Section 146 (the statutory provision containing the patent working disclosure requirement), without unduly compromising confidential business information. As we’d noted in our earlier post, Ericsson took issue with the court’s observation in para 13 of its January 10 order that “the details of licensees, licenses and sub-licenses” are not confidential and are required to be submitted by the patentees while submitting Form 27. It argued that it may not always be possible for the patentee to disclose all the terms of the license. The court therefore clarified as below:

“It is, therefore, made clear that the reference in para 13 of the order dated 10th January, 2018 to “details of licensees, licenses and sub-licensees” is only the specification with regard to number, date and particulars of the licensees and sub-licensees. In case, any party has reservation of any kind in furnishing details, it would have to disclose the reasons for such reservation and the patent office would be required to take a view in the matter so far as its satisfaction regarding compliance with the requirements of Section 146 is concerned.”

To quote from the courts’ ruling in this regard: “In this regard, Mr. Bhandari has drawn our attention to Section 67 of the Patents Act which requires a register of patents to be maintained which contains the names and particulars of licensees. The information which is required to be furnished must comport to the requirements of Section 67 of the Patents Act as well.”

As noted in our earlier post, Natco objected to the petitioner’s contention that it had not filed the relevant working information over its sales of the generic version of Nexavar, a patented drug over which it had been granted a compulsory license. In an earlier post, we’d noted that our assertion in this regard was backed up by two RTI responses from the patent office, which affirmed that Natco had not submitted this information.

If indeed Natco had submitted this information, then clearly the Patent Office’s answer to our RTIs was incorrect. Further, Natco’s own admission in its intervention application suggests that it is yet to comply with this mandate in full, since it has not yet submitted Form 27 format information for the years 2013 and 2014. As we’d noted in an earlier post:

“Has Natco complied with the mandate to submit working information under Form 27?  Not so! In their intervention application filed before court, they’ve attached Form 27 filings in this regard for 2015 and 16, but not for the previous years (2013 and 2014). They admit that they hadn’t filed this for some years. So clearly, by their own admission, they are not in full compliance. And yet they have the temerity to allege that I made false allegations against them for personal private gain! While they are “bonafide”! Here again, something appears to be amiss, since when we checked the patent office website as late as 2016, we didn’t see any Form 27 filings from Natco for the year 2015.”

The judges however were careful to not make any factual determination in this regard, for this public interest petition is not about whether individual patentees have complied or not with the patent working requirement. And the court can hardly be expected to make individual determinations in this regard. Rather this petition is about systemic non-compliance and inaction by the Government and the court’s response thus far has been to treat it as such. Here is what the court said in this regard:

A key part of the order also agrees with the representations by the various counsels/parties to this litigation (petitioner and intervenors etc.) that Form 27 should be amended in order to make for a better working disclosure format. Here is what the court says in this regard:

“During the course of hearing, all the learned counsels have pointed out that one of the major difficulties in ensuring compliance with the provision of Section 146 of the Patents Act, 1970 is the manner in which Form-27 has been worded. It is submitted that this form was notified in the year 1970, and though amended in the year 2003, has failed to take into consideration the several scientific and technological requirements as well as the confidentiality issues relating to some of the patents. We are informed by Mr. Amit Mahajan, learned CGSC that he has been instructed that the matter needs a relook.”

The Delhi High Court then goes on to direct the Government as below:

“In view thereof, the respondent no.1 shall place before this court, within two weeks from today, the timeline regarding the manner in which the steps required for effecting the necessary modification to the prescribed forms would be undertaken. The same shall be placed on affidavit before us within this period with advance copy to all parties through counsels who are represented before us.”

In short, the Government is to file an affidavit within two weeks spelling out how it will reform Form 27 and also how it proposes to put in place an enforcement mechanism against errant patentees. The matter has now been listed for 1st March.

In the next post we’ll bring you a more detailed analysis on the need to reform Form 27, a point we raise significantly in our petition.