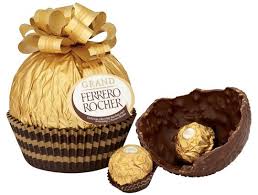 Earlier this week, Mr Justice Khanna of the Delhi High Court issued ex parte judgment for the Claimants in Ferrero Rocher v. Ruchi International. This was accompanied by a staggering damages award of ₹10 lakhs. On an otherwise straightforward trade dress-based cause of action, it is the damages payout – delivered in this instance on for “infringing the [Claimants’] registered marks, trade dress, and violating [a 2014] interim order” – that, once again, invites attention. (I wrote in January about Ferrero Rocher’s extraordinary success rate before the Delhi High Court in recent years, available here.)

The case made out by Ferrero Rocher is for trade dress infringement by the Defendants, who ran a business of importing chocolates out of China under the name ‘Golden Passion’. These chocolates are at issue since their packaging blends almost entirely with the Claimants’ signature ‘Ferrero Rocher’ packaging. The Chinese manufacturer also appears to be in contempt of the High Court’s ex parte interim order against the Defendants in 2014, by continuing to sell products under other trade names but using the same trade dress.

Though not directly at issue here, it is also notable that Mr Justice Khanna’s exercise of jurisdiction over the Defendants is based on the Claimants’ place of business being in Delhi, under Section 134(2) of the Trade Marks Act. In fact, he expressly rules out the relevance of the Chinese Defendant’s physical location to determining jurisdiction. This is perfectly acceptable, except for the reason that the Claimants’ claim is over the use of its trade dress, not over its registered trademark.

Mr Justice Khanna also insists that “the acts of the Defendants in adopting and using the identical/deceptively similar impugned mark and dress in respect of identical goods has caused and will continue to cause irreparable damage and loss [and] further, the impugned mark, which forms a part of their trading name, infringes the [Claimants’] rights under Section 29(5) of the [Trade Marks Act], though it is not apparent why this is true. This bleeds into subsequent paragraphs as well, with slightly against-the-grain references to Durga Dutt Sharma, Mex Switchgears, and Bloomberg Finance. Only the latter of these is in service of the finding here – that passing off actions can be constructed on trade dress similarities.

This leaves only for the trade dress finding to be supported by evidence, of which the Claimants do an extremely thorough task. However, the framing of the permanent injunction granted here confirms that the Claimants’ action is founded on the Defendants’ trade dress, and that infringement of the Claimants’ registered trademarks is not principally involved. The judge also sanctions a well-known mark determination, though that appears to be more a confirmation of a 2014 judgment for the same Claimants than a de novo finding of any value.

From the Claimants’ evidence, Mr Justice Khanna locates a series of November 2012 invoices issued by the Chinese Defendant that total ₹4.54 lakhs. “A subsequent search on the internet for export / import activities undertaken by [the Chinese] Defendant” yields another ₹5.14 lakhs, taking this sub-category to ₹9.68 lakhs in total. Evidently cobbled together from whatever information about this Defendant hands can be laid on, it is unlikely that this represents the true scale of the Defendants’ operations.

This point is not lost on the Claimants, who press Mr Justice Khanna for punitive damages for the Defendants’ failure to contest the proceedings and their violation of the 2014 interim injunction. Mr Justice Khanna agrees, concluding that the Claimants are entitled to punitive damages in addition to compensatory damages, owing to “immense loss of goodwill and reputation”. The Claimants extend their claim to the full amount of ₹9.68 lakhs, though these are mislabelled illegal profits, though they are evidently revenues.

The Claimants also rely on May 2014’s damages award in Jockey International v. Mohan, where a punitive damages claim was green-flagged against ex parte Defendants for motivations rooted in deterrence and public interest. It relied almost entirely on Mr Justice Chopra’s opinion in January 2003’s Time v. Srivastava, a decision which, as I had noted on these pages in December, has been put out to pasture by the Delhi High Court in several cases since October 2017’s Super Cassettes v. HRCN Cable Network.

The basis for this has much to do with the January 2014 Delhi appeals court decision in HUL v. Reckitt Benckiser. Its rejection of Time’s reliance on deterrence and public interest-style justifications for large damages payouts is total. It also overrules, in as many words, decisions that adopt “the reasoning and formulation of law enabling courts to determine punitive damages, based on the ruling in [Time]”.

It is curious, therefore, that Mr Justice Khanna here should reach for Jockey International – a case that supports the Time position – instead of any of the numerous decisions following Super Cassettes that resurrect the HUL position. It is more curious still since Mr Justice Khanna is evidently aware of HUL – he refers to it while recanting the Claimants’ submissions at paragraph 19 here – but chooses not to apply it.

In the event, he returns to the deterrence-oriented line of thinking to conclude that an award of ₹10 lakhs in damages with 10% annual interest until realization is the appropriate payout for Ferrero Rocher.

The HUL-shaped Fork in the Road

This abandons almost entirely his initial conclusion that Ferrero Rocher’s losses merit punitive damages, since, by hypothesis, ₹9.68 lakhs of the ₹10 lakhs award is compensatory in nature. (The compensatory limb of the award, of course, raises the completeness and profits versus revenues objections in itself.)

It fails to explain why, under HUL, the compensatory amount is insufficient to compensate the Claimants. It is insensitive to how the present finding that Defendants “cannot be permitted to enjoy the benefits of evasion or covert priorities” is part of the same punitive spectrum endorsed by Time that had been so thoroughly excoriated in HUL. Finally, it offers a standard of supporting reasoning that, by any measure, fails to cross the threshold of “ad hoc judge-centric award of damages without discussion of the extent of harm or injury suffered by the [Claimant]”, which the HUL Court had warned, could prompt “casual and unprincipled and eventually disproportionate awards”.

While the damages discussion in this instance is more thorough than in some of these previous instances, it is still some way short of the standard demanded by HUL. It represents an odd holding pattern for damages jurisprudence in trademark cases at the Delhi High Court, one that can be fruitfully envisioned as an HUL-shaped fork in the road – there are findings that have taken the HUL side, while there are others, typified by this decision in Ferrero Rocher, that may yet have to reverse direction and catch back up.