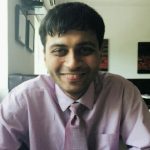 In these posts, Eashan systematically analyses the contours of Sections 29(1) and 29(2) of Trademarks Act, 1999. It is quite an interesting read as it entails both logic and coherence. Eashan was in the news when the Delhi High Court boldly admitted (inadvertent) plagiarism of his co-authored article in Queen Mary Journal of Intellectual Property and initiated ‘corrective actions’. SpicyIP had covered it here and here.

Last month, an order by Justice Patel of the Bombay High Court in Ajanta Pharma v. Theon Pharmaceuticals dismissed an application for interim relief in a trademark infringement suit. The case was written about on these pages.

Given how central these provisions are to any trademark infringement inquiry under Indian law, it is a distinction well worth considering. I proceed to do so now. References to authority will be integrated.

(1) A registered trade mark is infringed by a person who, not being a registered proprietor or a person using by way of permitted use, uses in the course of trade, a mark which is identical with, or deceptively similar to, the trade mark in relation to goods or services in respect of which the trade mark is registered and in such manner as to render the use of the mark likely to be taken as being used as a trade mark.

(2) A registered trade mark is infringed by a person who, not being a registered proprietor or a person using by way of permitted use, uses in the course of trade, a mark which because of:

is likely to cause confusion on the part of the public, or which is likely to have an association with the registered trade mark.

(3) In any case falling under clause (c) of sub-section (2), the court shall presume that it is likely to cause confusion on the part of the public.

To this extent, the distinction argued by the defence in Ajanta is accurate. However, Section 29(1) is not just mark-centric. It specifies an activity (“use in the course of trade”), a specific point of comparison (“identical or deceptively similar in respect of the goods or services for which the trademark is registered”) and a further condition / effect (“in such manner as to render the use of the mark likely to be taken as being used as a trademark”). The activity, point of comparison and further condition / effect are, evidently, cumulative conditions. Break the activity-comparison-condition chain, and the Section 29(1) case for infringement falls apart.

Similarly, Section 29(2) requires the rights holder to establish the same activity (“use in the course of trade”),one of a wider range of comparisons[sub-sections (a), (b) and (c)] and one of two effects (“likely to cause confusion in the minds of the public or likely to have an association with the registered trademark”). The activity-comparison-effect chain is more unwieldy with Section 29(2) but one option from each category would still set up a Section 29(2) case for infringement. Section 29(3), meanwhile, says that the effect of the likelihood of public confusion is to be presumed where the comparison under Section 29(2) is between identical trademarks for identical goods or services.

In practice, this type of activity-comparison-effect breakdown has been difficult to isolate. Serviceable distinctions between Sections 29(1) and (2) have been attempted by Indian Courts (RanaSteels v. Ran India Steels, 2008; Montblanc v. New Delhi Stationery Mart, 2008; Raymond v. Raymond Pharmaceuticals2010; Cipla v. Cipla Industries2017). There have also been murmurs about possibly splitting the effects in Section 29(1) into a subjective component, judged from the standpoint of the trademark user’s intention, and an objective component, judged from the standpoint of how likely the use would be to cause consumer confusion (Federal Brands v. Levi Strauss India, 2016). Overall, though, the impression is one of confusion as numerous instances predominate, both before and after the 1999 Act, of:

Reduced into tabular form, however, the permutations emerging from Sections 29(1) and (2) look something like this:

There are a few things to say here.

First, all ten outcomes rest on the impugned use of the mark being “use in the course of trade”. What constitutes infringing use of a registered trademark is defined, almost to vanishing point, by the rest of Section 29, and sub-clauses (5) and (6) in particular. “Use in the course of trade” is, thus, not a point of distinction between Sections 29(1) and (2).

Second, in terms of points of comparison alone, outcomes 3 to 10 above emerge from Section 29(2). These outcomes are exhaustive of the possible permutations involving identity and similarity between the rival trademarks, and the goods or services to which they are applied.

Indian Courts have argued that the term “deceptively similar”, being unique to Section 29(1),retains some value (Balkrishna Hatcheries v. Nandos International, 2007; Marico v. Pratik Goyal, 2014), even as they have started to admit that most similarity inquiries in infringement cases are likely to fall under Section 29(2) (Banana Brand Works v. KavanAntani, 2016).Taken at its best, this contention says that, on the spectrum of actionable similarity, “deceptively similar” is closer to “identical” [also found in Section 29(1)] than it is to “similar” [found in Section 29(2)]. Therefore, the threshold to trigger a finding of infringement under Section 29(1) is lower than the threshold for returning the same finding under Section 29(2).

While there is some appeal to this characterization, it immediately runs into trouble, for at least three reasons.

First, the word “identical” finds mention in Section 29(2) as well. In fact, Section 29(2)(c) and Section 29(1) (Outcomes 1 and 6 above) appear to cover the exact same scenario on the points of comparison alone.

Second, Section 29(1) does not so much prescribe a threshold as it prescribes a further condition on the type of use complained of(Outcomes 1 and 2 above). By contrast, Section 29(2) certainly requires one of two thresholds to be met by the comparison in question.

It could be said in defence of this characterization that perhaps the absence of a threshold is what distinguishes Section 29(1) actions from those under Section 29(2). However, in respect of identical marks applied to identical goods or services, this still returns us to the first objection (Outcome 1 vs Outcome 6). In respect of deceptively similar marks,it is of interest to see that the expression “deceptively similar” defined by Section 2(1)(h) and used in Section 29(1) is framed in terms of the effect of the likelihood of generating public confusion, which is a threshold required under Section 29(2), not Section 29(1).