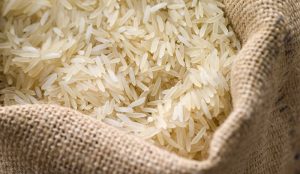 We are pleased to bring to you a guest post by our Fellowship applicant, Rishabh Mohnot. Rishabh is a 3rd year student at National University of Juridical Sciences (NUJS), Kolkata. This is his first submission for the Fellowship. Rishabh had also written a post for us last year during his internship.

Basmati Wars: Peril for Madhya Pradesh and GI Issue with Hybrids of Basmati

On March 15, 2018, the Geographical Indications (GI) Registry passed an order rejecting Madhya Pradesh’s claim for the ‘basmati’ GI tag for rice grown in 13 of its districts. This bid aimed to add 13 districts of MP to the region that has been designated for the cultivation of basmati rice, which currently includes seven states, namely, Punjab, Haryana, Himachal Pradesh, Delhi, Uttarakhand, Uttar Pradesh (West) and Jammu & Kashmir (two districts).

Basmati rice, treated as a luxury good, is highly coveted for the high length-breadth ratio of its kernels, its texture and distinct aroma. Obtaining the basmati GI tag for its rice will enable MP’s farmers to sell the rice grown by them at higher prices. However, this attempt has been mired in litigation for a few years now. The challenge in this regard has been led by Agricultural and Processed Food Products Export Development Authority (APEDA) and other states that currently have the GI tag, which believe that the rice grown in MP does not qualify for protection under the basmati tag.

In this post, I will dwell on the reasons mentioned in the order for rejection of MP’s claims, and additionally examine whether the use of hybrids of basmati affects its claim to protection as a GI.

APEDA had filed an application for GI tag on basmati rice in 2009. As the application covered only the aforementioned 7 states, it was opposed by the State of MP and 5 other parties in 2010 on the ground that there was no rational basis for excluding MP from the list of basmati growing regions. These oppositions were allowed by the Registry in 2013 and APEDA was directed to amend its application to include certain areas of MP as basmati growing areas. APEDA, along with two other parties, appealed against this order before the IPAB on the ground that it was issued in violation of the principles of natural justice. In 2016, IPAB set aside the Registry’s order and directed it to reconsider MP’s claim of inclusion in the list of basmati cultivation areas afresh. As for the areas that were already covered in the application, it ordered the Registry to grant APEDA a GI tag for basmati rice in respect of them. Following this, MP filed a writ petition before the Madras High Court challenging IPAB’s order. The High Court passed an interim order prohibiting APEDA from interfering with MP’s basmati production until the writ petition is decided. While the matter is still pending before the High Court, the GI Registry, upon considering MP’s claim de novo as directed by IPAB, has come to a conclusion that MP is not entitled to the basmati GI tag for its rice and has thus issued an order rejecting its claim.

While rejecting MP’s representation, Assistant Registrar Chinnaraja G. Naidu notes in his order – “The documents and evidence filed by Madhya Pradesh show the importance, special characters of rice cultivated in Madhya Pradesh but not the basmati cultivation in the traditional growing area. It has, therefore, failed to satisfy the fundamental requirement of ‘popular public perception’ of basmati-cultivation in Madhya Pradesh.”

The reason behind Basmati’s most treasured trait, its aroma, is the formation of a compound called 2-Acetyl-1-Pyrroline. The formation of this compound is largely dependent on cool climatic conditions (temperatures below 30°C during the day and around 20°C at night). These weather conditions are only prevalent in the traditional GI belt, and not in MP.

It is important to note, however, that this rejection is not due to a failure of establishing a quality that is attributable to the geographical origin, but rather due to a lack of alignment with the qualities of basmati rice grown in the protected regions. Technically, therefore, it would still be possible for the rice grown in MP to receive a GI tag that is distinct from basmati.

The second reason points to the requirement of ‘reputation’ for obtaining a basmati GI tag. While there is a long and well-known tradition of growing basmati in the protected regions, MP has started growing ‘basmati’ rice only recently. Neither does it have a known tradition of growing basmati rice, nor has it been able to establish a reputation or ‘popular public perception’ for basmati rice. Without a ‘reputation’ or ‘quality’ that does not match those of basmati, the rice grown in MP, according to the Registry, cannot obtain the basmati GI tag.

In addition to its unique qualities, a large factor behind the high value of basmati rice was its limited supply, which was due to the limited areas in which basmati rice could be grown. This was because traditional basmati varieties (such as Taraori) had special constraints for growth. For instance, these varieties were highly photoperiod-sensitive, meaning that they needed short days (lesser than 12 hours) in order to flower. This climatic condition of short days, in the month of September, was only prevalent in protected GI belt. During the month of September, Central and Southern India still faced days longer than 12 hours at this time. As a result, basmati rice could not be grown in these regions.

However, the 1980s saw the government actively develop hybrid varieties of basmati, resulting in several hybrids that reduced the photoperiod-sensitivity of this crop (such as Pusa Basmati-1, Pusa-112 and Pusa-1509) through techniques such as cross-cultivation. As a consequence, regions with longer days during September, such as MP, could also grow basmati rice.

While this resulted in a dilution of the value of basmati rice itself, with the EU initially denying recognition to hybrid basmati varieties, this also warrants the consideration of an important question of law. If the growth of a particular crop in a region relies on technological interventions, then can the qualities and reputation of the resultant crop be “essentially” attributable to the region, as the definition of ‘geographical indications’ requires?

It would seem that Section 2(e) of the Geographical Indications of Goods Act, 1999, requires a relatively high threshold to be met for establishing an ‘essential’ connection with the region itself. Given the role of technology in enabling the possibility of growing a basmati variety in MP, it would be difficult to argue that its qualities and reputation are essentially attributable to the region, rather than the technology. This is especially so since technology has the potential of allowing for the growth of basmati varieties in a range of different regions, emphasising the importance of the technology over the region.

Farmers have expressed concerns along similar lines, stating that the grant of the GI tag to the rice grown in Madhya Pradesh could lead to a slippery slope, resulting in similar protection for similarly disposed regions such as Maharashtra and the Deccan.

Challenge before the Madras HC

MP has filed a writ petition before the Madras High Court challenging the Registry’s decision on two grounds – the usage of ‘popular public perception’ as a ground for exclusion and the definition of basmati rice which requires cultivation in the Indo-Gangetic Plains. They are also considering filing an appeal against the Registry’s decision before the IPAB. It would be interesting to see how these judicial bodies deal with these issues, including the issue of the ‘essentially attributable’ requirement under Section 2(e) and the impact this has on the breadth of GI protection.