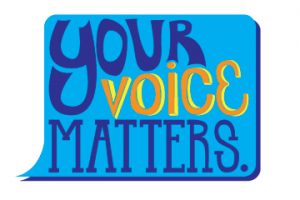 [Edit: The deadline for submission of comments has been extended to March 23, 2018]

As reported last month, in our Patent Working PIL, the Delhi High Court asked the Government to submit an affidavit outlining the proposed framework and timeline for enforcing the patent working disclosure mandate. The court also asked the office to consider reviewing/revising the Form 27 format to make it more optimal. To this end, the Patent Office has now issued a public notice seeking feedback from stakeholders. The text of the notice reads thus:

“In view of certain issues being raised regarding the provisions of working of patents in the Patents Act 1970 (as amended), it has been decided to have consultation meeting with stakeholders to receive feedback and further streamline procedures in this regard.

Accordingly, stakeholders are requested to submit comments on the issues relating to working of Patents i.e. Section 146 of the Patents Act 1970 (as amended) read with Rule 131 of Patent Rules 2003 including Form 27, and penal provisions provided in Section 122…”

Once comments are submitted, selected stakeholders will be invited for a consultation meeting to be held on March 21, 2018.

This is a great opportunity and we encourage as many of our readers to submit comments. For some ideas on how Form 27 format might be bettered, see our writ petition here which makes some suggestions. Illustratively, we highlight the following:

i) Paragraph 3(i)(b) of Form 27 requires patentees to state the “quantum” and “value” of the patented product manufactured in India or imported from other countries. The terms “value” and “quantum” ought to be spelt out with greater precision and specificity. This issue cropped up in an erroneous Form 27 submission involving Wyeth as highlighted by Prashant in an earlier post. The question is: should value be the price at which the patented invention is sold/distributed by the patentee to distributors or the final price at which the drug is sold to the consumer? Ideally the Form should call for both prices, but more so the price at which the drug is ultimately sold, as this helps determine whether the patented invention is worked to the best extent and the reasonable requirements of the public are being met. As Prashant notes: “If the policy goal of Section 146 is to provide adequate data to the Patent Office and competitors on whether the drug is being made adequately available to the people of India at a reasonable price, it follows that the Form 27 should reflect the end price of the drug that the patient is charged.”.

The “quantum” of product should also be indicated in clear terms. Lack of precision on this count has meant that patentees such as Bayer have used conflicting and confusing terminology to indicate quantum (packs vs boxes etc). See our report here.

Further, where there are patient assistance programmes, quantity and price (if any) must again be clearly indicated in Form 27. Here again the various gaps in the Form 27 filings by Bayer in relation to the Nexavar patent are telling.

ii) Paragraph 3(ii)(b) requires patentees to disclose licensing information. However, here again, there must be more specificity. The revised Form must begin by asking: whether the patent has been licenced in the first place. If so, it must then ask for more details, such as the names of licensees, broad terms of licence, whether products are being manufactured under the licence, whether such licenses are exclusive or not, etc. In all, the patentee should demonstrate how it has worked the patent through the license. As we’d indicated in an earlier post, not all aspects of a license can be hidden away under the guise of confidentiality. Rather particulars such as the name of licensee must compulsorily be disclosed under section 67-69 of the Patents Act. Other details can be disclosed only to the extent necessary to demonstrate that the patent has been worked. Confidential licensing terms can be redacted at the option of the Patent Office and the statutory framework does provide leeway for this.

iii) Instead of requiring the patentees to merely self-attest whether or not the reasonable requirement of the invention to the public have been met, the Form ought to call for more particular information as would help the Patent Office make this assessment. In particular, the patentee ought to be asked to submit the following: i) estimated demand of the patented invention or product; ii) extent to which the demand has been met (i.e., availability); iii) details of any special schemes or steps undertaken by the patentee to satisfy the demand.

iv) Patentees in the high technology sector ought to disclose all technologies, applications and products (that they are aware of), where the same patent is deployed/used.

v) All patentees who hold multiple patents covering a single product ought to disclose other “related” patents for each such patent.

These suggestions are also made in this law review piece.

Lastly, some IP attorneys queried us on how high tech companies with multiple patents and products can ever hope to comply with the current Form 27 format. The answer is simple: you comply as best as you can. Illustratively, see these Form 27s submitted by Qualcomm, where they have mentioned the names of licensees and broadly indicated how they have worked their patent through the licensees.

That’s all that is required under the present format—to simply tell the patent office how you’ve worked the patented invention as a patentee. Of course that format can be bettered and one hopes that after the Patent Office’s consultation and the Court’s ruling, we get a better Form.

It also bears noting that minor slip ups in Form 27 submissions will not attract criminal penalties. In other words, so long as there is good faith compliance, the patentee need not worry. Remember that the provisions that criminalise wrong submission of Form 27 information are criminal provisions i.e. they require proof of bad faith/intent. Unless this is proved, there can be no penalty. Illustratively, in the Wyeth Form 27 case, Wyeth’s version is that it missed out on a couple of zeros while filling in its revenues for patent working. Unless it is shown that Wyeth did this deliberately (i.e. intentionally misreporting their revenues from the patented drug), they cannot be penalized for a fraudulent/wrongful Form 27 entry under the terms of the Indian Patents Act.