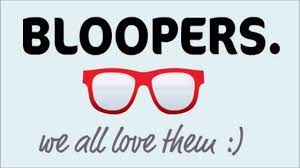 As the Delhi High Court continues with the hearings over the Patent Office’s implementation of Section 146 of the Patents Act, we came across an interesting tidbit of information on how exactly pharmaceutical companies calculate the values disclosed in the Form 27s that are filed before the Patent Office. The background to this particular piece of information is a tip that we received from a reader regarding an erroneous Form 27 filed by Wyeth with regard to its patent IN 268331 for the drug Tygacil. The patent is currently being litigated before the Delhi High Court and the defendants realized a difference in the sales figures quoted in the pleadings before court and the Form 27. Apparently, the Form 27 claimed the sales figures to be only Rs. 82,554 while the plaint claimed sales of Rs. 9,00,00,000. When the defendant’s patent agent complained to the Patent Office about the inaccurate figures and sought action against Wyeth, the latter responded by filing an affidavit explaining that there was a human error while compiling the figures. Apparently, the figures for the year were Rs. 8,25,54,000 but the employee compiling the data omitted the last three zeros.

This seems like a plausible explanation, though one would have to wait and see the patent office/court ruling in this regard. It bears noting that the patents act penalizes fraud or intentional misreporting of figures in Form 27. But the standard for this is high, given that it is a criminal sanction. One must necessarily show that Pfizer and its affilates deliberately inserted wrong figures and misled the patent office

The more interesting revelation in my opinion is the manner in which Wyeth calculates the value of sales for the purpose of Form 27. This is an issue that has evaded public scrutiny for some time as pointed out by Shamnad in his report on Form 27  as also in his PIL. Since the Form 27 does not lay down any specific valuation guidelines, it is up to different patentees to decide how to describe their sales. Should a patentee add taxes and import duties or does it suffice to disclose the value of sales minus all the taxes and sales margins of intermediaries?

The affidavit filed by Wyeth gives us interesting information on how this company calculates its Form 27 information. In pertinent part, the affidavit states the following:

“That I have been informed the accounting team of Pfizer Inc., that the sales figures reported i.e. Rs. 8,25,54,000 – (Rupees eight crore, twenty five lakh, and fifty four thousand only) is the net realization as per the books of account from the sale of Tygacil ® in India. The net realization amount as accounted in the books of account is calculated by discounting the Excise Duty, average VAT/Sales, Tax/Central Sales Tax (As applicable), Retailers’ margins, Wholesalers’ Margin and the average discount offered to institution and nursing homes, from the Maximum Retail Price of Tygail ®.”

The internal email thread that is attached to the affidavit is equally interesting. The in-house team while coordinating across offices starts to discuss the number of units donated under the Patient Assistance Program (PAP). At one point, one of the employees claims they don’t have the PAP figures because they are donations and hence are not tracked. By the end of the email thread though it becomes clear that Pfizer does not have a PAP program for the drug. From information available online it appears that an injection of the drug costs Rs. 3,142. I find this internal discussion on PAP programs quite interesting because it lends credence to the criticism that PAP programs are lacking in transparency. I’ve had personal experience with one of these PAP programs and the company in question simply disgraced itself with its behavior. But I’ve heard of other programs that work quite generously in India.

But returning to the discussion, the affidavit and email chain give us one example of how one of the largest pharmaceutical companies in the world calculates information for the purposes of Form 27 and I have to say I don’t quite agree with their methodology. In a country like India, retailer and wholesaler margins can be huge for simple generic drugs – I presume these margins can be stupendous for patented medicine. If the policy goal of Section 146 is to provide adequate data to the Patent Office and competitors on whether the drug is being made adequately available to the people of India at a reasonable price, it follows that the Form 27 should reflect the end price of the drug that the patient is charged. Ultimately as the patentee, companies like Wyeth can control the price through the entire supply chain. As for PAP programs, and equivalent donations, it is absolutely necessary that companies disclose those transactions separately so as not to mix the numbers and hopefully shed more light on the efficacy of their PAP programs.

This affidavit is a reminder of why the Patent Office and DIPP need to completely rethink Form 27 – this is valuable data that serves a valuable public purpose by giving policy makers and judges a deep insight into the effect of the patent system on the market for a certain product. It would be a pity to see the provision blunted because of bureaucratic disinterest in the issue.