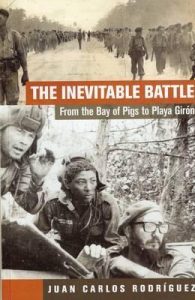 Last week, Gulveen Aulakh of the Economic Times broke the news that the recently re-registered copyright society Indian Performing Rights Society (IPRS) has written to Indian telecom companies and platforms such as Apple and YouTube, demanding that they pay up for the use of IPRS’s repertoire, either by way of streaming or downloads. The recipients of these notices reportedly also include Bharti Airtel, Vodafone India, Idea Cellular and Reliance Jio.

Apparently, some of these telecos have told the ET that they aren’t too bothered about the notices because they licence their music from aggregators like Saregama, Hungama, Hotstar etc. I am not aware of the content of those licenses but given the history of the music industry and lack of clarity on ownership it is entirely possible that we will see potential litigation erupting between IPRS and the platforms/telcos.

What are the rights assigned to IPRS?

The first and most contentious issue is going to be the issue of ownership. What are the rights that IPRS has been authorized to administer? That is easier asked than answered. Sometime ago IPRS had made available a list of works that it claims to be administering but that list is currently not available on its website – instead a beta search facility for its catalogue has been made available on its website. This search facility is not working right now, putting IPRS in breach of Rule 66 of the Copyright Rules, 2013. But even presuming that the search facility gets back online, the question is whether the music labels are going to challenge IPRS’s claim of being authorized to deal with the songs in question. The fact of the matter is that the entire catalogue of Indian music is already available on all the platforms mentioned above. This means that somebody is already licensing this music to the platforms like YouTube – why then are these platforms now going to start paying even IPRS? And are the people currently making money of these licensing deals going to sit back and let IPRS take away their money?

As we have discussed a number of times on this blog, the music labels claim ownership of most of the pre-2012 music on the grounds that the composers and lyricists who wrote the lyrics and songs were employees of the production houses who ended up being the first owners of copyrights under Section 17 and who then transferred the copyright to the music label. So, one line of argument has always been that the authors do not own the copyright in any works and as a result they can’t really assign any rights to IPRS. Thus, for IPRS to administer these rights, it would require all the music labels to join IPRS but as we know, several music companies like Zee Music, Shemaroo, Yash Raj Music and T-Series aren’t members of IPRS. And I seriously doubt if they are going to join IPRS.

To complicate the issue, it remains to be seen if the authors and production houses raise any disputes with music labels on the issue of ‘digital works’ because a lot of the pre-digital contracts were drafted around the concept of ‘records’. Some of our older readers may remember that seven years ago, there was a dispute on this issue between Sholay Media & Entertainment and Universal and Vodafone. While Sholay Media wanted royalties from Vodafone for ringtones and music downloads, it first needed to trump Universal’s claims to owning the music in the movie Sholay. The dispute revolved around certain phrases in the contracts between Sholay and Universal. For example, did the phrase ‘record’ also cover digital works and streaming? The definition of the phrase in the contract was as follows:

“(ii) Record‟ shall mean and include disc, tapes, including magnetic tape (whether reel to reel, endless loop in cassette or cartridge form, or otherwise howsoever) or any other device of whatsoever nature in which sounds are embodied so as to be capable of being reproduced therefrom and all such devices as presently known or that may hereafter be developed and known but excluding the sound track associated with a Cinematograph Film.”

This is of course only the surface of the dispute. There are several more complicated issues that were to be settled in this case.

The Delhi High Court had denied an interim injunction in 2011 and sent the matter for trial – I tracked the lawsuit till 2016 on the HC’s website after which records aren’t available. It appears that no judgment has been rendered in this case as of 2018.

The question remains as to how many more production houses and authors raise similar issues?

Things get even more complicated post the enactment of the Copyright (Amendment) Act, 2012. Amongst other things, the law created a mandatory royalty sharing provision and this right to collect royalties could be assigned by authors only to copyright societies and nobody else. Linked to this clause is the mandatory requirement that only copyright societies could be in the business of issuing licenses for music.

From the rumours that have been flying about, it appears that music labels and production houses have been trying to circumvent these clauses with creative and potentially illegal contracts. Theoretically those authors can simply go to IPRS and get it to demand a share of royalties from the exploitation of their compositions.

Retrospective application of the 2012 law?

Most of the issues I mention above are not new and have been festering for a long time. The parties in question have been stalling inevitable litigation with half-measures and compromises. If this time around, a dispute does break out, it would be in everybody’s best interests that the matter is litigated before a court of law and a judgment rendered.

Of course, that’s only my view and I’m quite certain that exactly the opposite will happen – the interested parties will enter into the typical ‘na tera na mera’ Indian style compromise.

In any event if the music industry embarks on this fresh round of litigation, I do hope they also scout the market for new legal talent rather than stick to the old firms which are simply not delivering the goods. There has been a silent exodus, over the last year, of youngish lawyers from IP law firms who I am sure will be able to provide competent and creative legal representation. A dose of competition in IP litigation is seriously required and this is as good a time as any for the industry to tap fresh talent.