This judgment helps to us to have a quick revision of settled legal principles vis-a-vis interim relief in trademark infringement suits. Firstly, in case of interim reliefs, the extent of interference by Appellate forums in the discretion exercised by trial courts is limited. Secondly, in judging confusion, the test to be applied is that of a person of average intelligence and imperfect recollection. 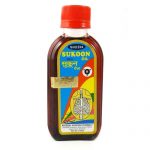 The Division Bench of the Bombay High Court decided on an appeal filed against the order passed by Single Bench (Justice G.S. Patel) in Notice of Motion (L) No. 2311 of 2016 in Suit (L) No.810 of 2016 dated 26th October, 2016, concerning infringement of registered trademarks. The Plaintiff-Respondent filed a trademark infringement suit concerning  “SUKOON OIL” [bearing registration nos.1421905 (class 03) and 1377947 (class 05)] and “NAGEENA” (registration No.1838403 in class 03)]. As per the Plaintiff, in the year 1993, his father independently created distinctive labels viz., “SUKOON OIL” and “NAGEENA SUKOON OIL”. The business was carried out under M/s. Nageena Ayurvedic Pharmacy. The Plaintiff applied for the aforesaid registrations in 1994 and 2005. The Plaintiff had also applied for word mark “SUKOON” separately in class 05 and the said application is pending registration.

In 2016, the Plaintiff- Respondent came to realize that a product under the mark “SUKOON” was sold by the Defendant – Appellant. The Defendant was engaged in the business of manufacturing, marketing and selling Ayurvedic/Unani medicine under the Trade Mark “SUKOON” and using the deceptively similar label bearing the word “HEENA”, allegedly written and depicted like “NAGEENA”, the plaintiff’s label. The Appellant-defendant inter alia argued that the calligraphy used by Defendant-Appellant is different from that of the Plaintiff.

Accepting the contentions of Plaintiff-Defendant including pertaining to the statement of year-wise purchases and sales from the year 2002-2003 to 2014-2015, the Single Judge granted interim relief. An appeal was filed against this Single Bench Order.

The Division Bench also referred to the Apex Court judgment in Laxmikant V.Patel vs Chetanbhat Shah & Anr 2002 (24) PTC 1 (SC) where it held that where there is probability of confusion in business, an injunction will be granted even though the defendants adopted the name innocently.

The Division bench clarified that the test to be applied is of “a person of average intelligence and imperfect recollection. The device, label mark has to be seen in its entirety and after taking into consideration the facts of the case, a decision has to be arrived at as to whether the mark of the defendant is deceptively similar to the plaintiff’s one.”

The Division Bench concluded that a strong prima-facie case of passing off has been made out by the Plaintiff. Further, the Division Bench did not notice any arbitrariness in the Single Bench Order. As Appellant-defendant has not made out a case for interference, appeal was dismissed.