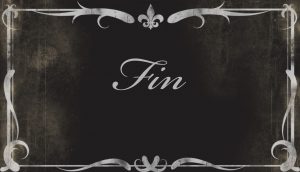 A division bench of the Madras High Court, in its judgement in M/s Lyca Productions v J. Manimaran and Ors, delivered on the 22nd of February, overturned a single bench decision which upheld copyright protection to the title of a film. The judgement is significant not only for its analysis of the scope of copyright protection of film titles, but also for its sound rejection of the original plaintiffs argument that the rules of a trade association should be binding on non-members.

The original plaintiff (“plaintiff”) is the sole proprietor of a small production house, and producer of a forthcoming film, titled “KARU”, which forms the focal point of the dispute. The original plaintiff is also a member of a filmmakers association – the Filmmakers and Television Producers Guild of Tamil Nadu (“Guild”), which is a registered society under the Societies Act (and the third defendant in the original suit).

The plaintiff applied for the registration of the title “KARU” with the Guild in 2011, which was subsequently approved. As per the internal rules and regulations of the Guild, once the title of a film is registered, no other member may reuse the title, or a part of the title. The members are contractually bound to follow the rules of the Guild.

Subsequently, the plaintiff learnt that another film with the title “LYCAVIN KARU” was being advertised in hoardings and in advertorials. The producer of LYCAVIN KARU, Lyca Productions, the original defendant, (“defendant”) is also a member of a similar society of producers, the Tamil Film Producer Council, (“Council”/ “second defendant”) whose rules bind its members. The original defendant has also registered the title of his film with the Council.

The plaintiff’s case rested on two arguments – firstly, that the title of the film was protected under the Copyright Act, and secondly, that the rules of the film producer’s associations including the Guild and the Council prohibited the defendant from registering or producing a film with any title similar to the plaintiff’s earlier registered title. As the defendant and plaintiff were both members of such associations, they were bound by such rules, by way of established trade practice.

On the same grounds, the plaintiff sought an interim injunction against the defendants, which was granted by the single judge. This order of single judge was challenged by the defendant before the division bench.

The Division Bench’s Analysis and Decision

The Court considered both of the plaintiff’s arguments in turn.

On the issue of whether copyright could subsist in the title of a film, the Court held that the title alone is not a protectable work under Section 13 of the Copyright Act. Under Section 13, copyright subsists, among other things, in original literary works and cinematographic films. The Court held that the reference to cinematographic films under Section 13 is to the entirety of the film, including the visual and sound recordings and the title alone is not protected. Further, the Court relied upon the precedent established by the Supreme Court in the case of Krishika Lulla and others v. Shyam Vithalrao Devkatta and another (which we have covered here), which held that, unless there was some element of originality in the title of the work, sufficient to ascribe it the status of an original literary work, there could not be a claim for copyright protection for such a title

In the present case, the Madras High Court held that the word KARU was a commonly used, descriptive term in tamil, and the plaintiff could not claim a monopoly over its use as a title. The Court also soundly reprimanded the single judge from dissenting with the prior judgement of a concurrent bench. The specific precedent being referred to was the case of R. Radhakrishnan v. A.R.Murugadoss and the Film and Television Producers Guild of South India, in which the Madras High Court held that there can be no claim for copyright over the title of a film or a literary work.

While the single judge had sought to differentiate the case of R. Radhakrishnan from the present case on facts, the division bench held that minor factual differences did not overturn the general proposition that there can not be copyright in the title of a film.

The second issue was whether the defendant was bound by the ‘trade practice’ that once a film is registered by either of the industry associations. The court concluded that such schemes for registration of titles, under the rules and bye-laws of these societies were only binding on its members, and moreover, in the present case, the title registration scheme was purely on a self-regulatory basis which stated that it would not have legal effect. The court also held that registration of titles with film associations was not a ‘trade practice’ which could grant the titles legal protection in court.

While the ruling on copyrightability of titles is fairly straightforward, the court’s analysis on the second issue is worth exploring. There exists a widespread practice in India, of producers’ institutions creating registration processes and dispute resolution procedures for regulating the use of titles. The Indian Motion Pictures Producers Association and the Film & Television Producers of Guild of India have such title registration schemes. These associations also are in the practice of verifying whether such title is registered with another association and if so, refrain from granting multiple registrations. However, neither this trade practice, nor the formal registration, has any effect in a court of law, even though some title registration documents suggest that it grants exclusive use or facilitates ‘mutual arrangements’ between the film fraternity.

The practice evolved because there is no particularly ‘secure’ legal framework for protection of a film title as an intellectual property right. As already noted, they do not usually qualify as protectable subject matter of copyright law (something we have covered in the past). Under trademark law, the threshold to meet for protection is higher than most movie titles or producers can meet – the title must have acquired secondary meaning among the public. Only in such a case could the likelihood of confusion and the rationale for protecting against deceptive similarity could arise, as courts have previously observed. Clearly, many movie titles cannot surpass this barrier – giving rise to the aforesaid ‘title registration schemes’.

However, with the multiplicity of such schemes and associations, it’s pertinent to ask whether they are serving any purpose and whether the industry or the law should have a different mechanism for the protection of film titles. As this case shows, such registrations and reliance on ‘trade practice’ can be unreliable and possibly misleading to members of such associations.

One way to counter this phenomenon may be for the law to recognize certain such associations as valid associations for the purpose of title registrations, and lay down a procedure to be followed for ensuring coherence among them, similar to the regulation of copyright societies under the Copyright Act.