We are pleased to bring you a guest post by Kedar Ganesh Dhargalkar, analysing the copyrightability of unique sports celebrations. Kedar is a fourth year BLS LLB student at the Adv. Balasaheb Apte College of Law in Mumbai. His previous guest post on the blog can be viewed here.

Tracing The Contours of Copyrightability of ‘Unique Sports Celebrations’ 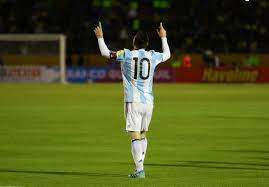 Be it the triumphant chronicles of the Argentinian legend at Copa America or the ultimately underwhelming yet individually rewarding saga of the Portuguese Talisman at the Euro Cup, the tales of these top scorers are periodically remarked with their signature goal-celebrations. Be it the pointing of finger on each hand towards the sky for Messi or the ‘siiiiiii’ celebration of Ronaldo where he jumps, turns while being mid-air and lands in a wide legged power stance, those flourishes are unique to these players and reflect their creative expressions.

Since the commercialization of sporting events, the paradigm of fan-following has shifted towards individual players, instead of clubs or countries, which can be seen throughout the realm of different sports. This change is based not only on the extensive media coverage or marketing, but also on, the on-field charisma and success of individual players. These factors make the players marketable, since the fans are highly motivated to splurge on the memorabilia or merchandise of their favourite player or other commodities which are or endorsed by those players.

A celebratory gesture proves as an identifier of this charisma and serves as a medium of concretizing one’s singular exclusivity in a crowded sport. Therefore, those moves go a long way in enabling the player to channelize their persona towards an unshared capitalization of their on-field performances.

The need for copyrightability of sports celebrations

Cumulatively, all this has created a unique opportunity for athletes to attain both merchandisable popularity and fiscal stability during their otherwise short-lived careers. Even an achromatic silhouette or etching of these moves, if imprinted upon an ordinary apparel, can transform it into a branded sports-product.

In the backdrop of these considerations, it is crucially necessitating, that every athlete possesses a litigative or compensational recourse of copyright preservation, for preventing other adversaries from exploiting or claiming rights to, or watering down the uniqueness of their celebratory move.

Copyright safeguards also encourage the top-flight playmakers or shot-stoppers to inject an innovative originality within their victory dances thereby increasing the thrill of the sport and advancing the enthusiastic involvement of the spectators, all of which furthers the broader vision of the copyright law, i.e., of public welfare.

The illustrations for this need of copyrightability can be found not just in football, but in the victorious golf-moments of Tiger Woods, tennis triumphs of Nadal and we also have the well-known ‘silencer’ celebration of Lebron James which he performs after scoring a basket. Even the gold bagging Chinese Olympic Divers, always celebrate by bowing down to the judges and the crowd. The widespread use of unique celebrations across a broad and varied spectrum of sports, warrants the immediate need of interpretively recognizing their copyrightability.

Should the jurisprudence swim with the tide or is this a square peg in a round hole?

As explained earlier, considering the impact of such celebrations on their marketability, even the Indian Olympians can extend the use of such celebrations in their respective sports. So, now the questions arise, can a supposed celebration of a cricketing-phenom, be awarded copyright safeguards under the statutory umbrella of India’s Copyright Act, 1957? Can the dynamic and transformative nature of the adjudication regarding scope of IP protection encapsulate this new creative expression or should its comprehensiveness remain stagnant and exclude such ‘creatively-presented’ manifestations of player’s victorious mood?

At the outset, the required element of originality is inherently embedded into such celebratory moves since they’re essentially a self-expression of the player, chosen by his own volition. This independently chosen, show of unverbalized emotions, is therefore, an inherently a unique demonstration, which is designed by the players for themselves, and is therefore copyrightable.

Further, it must be noted that these celebratory moves are quite different than regular sports moves, like for instance, Woods swinging his putter, Jordan jumping towards a basket or Neymar curving  a freekick. The importance of this difference, is ‘two-fold’.

Firstly, such sports moves are crucial to the game and are an inherent or embedded part of the sport. Therefore, such moves cannot be protected by a single player for his personal use and unlike them, a celebration is specifically tailored to the player’s personality instead of being just a trivial variation to an action, imbibed in and important to, the performance of the sport itself.

Secondly, these passes, putts, shots or bowling actions can be generic but the celebratory moves in question, are generally custom-made by the players, thereby lending them an element of creativity which makes them a candidate for receiving copyright security under its ambit over personally formulated ‘complex-choreographies’.

Choreography of celebrations – A dramatic work

It is well-settled in the copyright jurisprudence that choreographic pieces are guaranteed shelter under the laws. This principle is statutorily entrenched in the Copyright Act, by the provision encapsulated under section 2(h) which provides a definition for dramatic works which are protected by copyrights and which exclusively includes into its wide compass, only those choreographic tasks which are not a part of ‘cinematographic films’. Here, it can be arguably conceded that if the celebration is choreographed with just a single step then it may be too insignificant to be copyrighted, but if it is a combination of steps, then in the author’s opinion, such an interlinked system of moves is liable to be copyrighted.

Also, the celebratory move needs to be concretized into a literary format to be qualifiable for being registered as a dramatic performance. This principle was expounded in the case of Academy of General Edu., Manipal and Ors. v. B. Malini Mallya, wherein the Supreme Court explicated that, a new and unique form of a ballet dance that is reproduced in a literary format can be considered as a ‘dramatic work’.

The support for this premise can be further persuasively bolstered, by taking note of some US Supreme Court decisions. In Baltimore Orioles Inc. v. Major League Baseball Players Association case, it was argued that player performances didn’t possess enough artistic merit but the Court disagreed by referring to its decision in Gilles-Widmer Co. v. Milton Bradley Co., and remarked that, “Only a modicum of creativity is required for a work to be copyrightable”. This ‘modicum of creativity’ is firmly established in the choreographic representation of sports celebrations and therefore, they can be categorized as dramatic endeavours, under the Copyrights Code.

Furthermore, it might be found that some choreographed displays may command the interest of the general public and possess tremendous commercial value but it might be conspicuous to determine their educationally aesthetic or general academic value. Therefore, it may be contended that the fans and not the courts, be the decisive factor in determining the case of such dramatic productions which are based on public appeal.

This principle resonated throughout the judgement passed by the sagacious Justice Holmes in  Bleistein v. Donaldson Lithographing Co, wherein he had observed that, “It would be a dangerous undertaking for persons trained only to the law to constitute themselves final judges of the worth of pictorial illustrations, outside of the narrowest and most obvious limits.” Therefore, the value of such celebratory expressions might not be readily apparent to a person trained in law and rather an amicus curae having expertise in the matter might be liable for a recommendation in the adjudication of copyrightability of such celebrations.

Since the celebratory moves of a sports player are essentially a dance sequence, which are inherently original and adequately confirm their ownership, they’re liable to be afforded copyright protection. The reasons for granting such assuring insurance are elucidated at the outset of this article, by highlighting that the big-names in sports can be taken advantage of by the newcomers, if their unique celebrations are not copyrighted.

Also, once concretized into the IP jurisprudence for their uniqueness, it can argued further that these celebrations should be recognized as a profit-making feature which is unequivocally attributable to specific players. So, when such a celebration becomes so well-known that it can be considered as an identifiable feature of the player, a case can also be made out to protect the well-known victory celebrations by trademarking them. Therefore, to summarize, in the modern copyright jurisprudence, original and monetizable assets like sports celebrations are liable for a statutory protection provided by the Indian IP statutes, especially India’s Copyright Act.