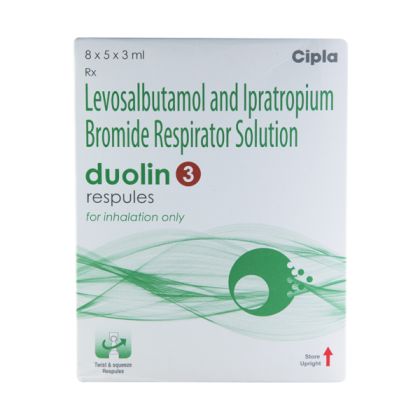 We are pleased to bring you a guest post by Kedar Ganesh Dhargalkar. Kedar is a fourth year BLS LLB student at the Adv. Balasaheb Apte College of Law in Mumbai.

In the recent case of Sun Pharmaceuticals Industries Ltd. v. Cipla Ltd., the ever-evolving path of trademark jurisprudence witnessed a modernistic turn, which put its discourse on an intriguing juristic boulevard. This case is a saga of socio-legal opportunism which is set in the backdrop of the ongoing global pandemic. The Defendant Sun Pharmaceuticals Industries Ltd. allegedly infringed the Plaintiff Cipla Ltd.’s copyright and registered trademark. This it did by thrusting its deceptively similar goods and flooding the high-in-demand but low-in-knowhow market, with its imitation products.

Background of the Suit

A suit was filed in the Madras High Court praying for a permanent injunction against the Defendants, and all persons acting by or under the direction of Defendants, for the impugned infringement. The suit further claimed that the Defendant must be constrained from producing, packaging, trading or transacting, or lastly advertising, while dealing in medicative commodities or other products of any description, which bear the mark ‘RESPULE’, because the said mark is owned by the Plaintiff.

Moreover, it was also contended that the use of a packaging which was identical, or deceptively similar to the trade dress by the Plaintiff for ‘Duolin Respules’ and ‘Budesonide Respules’, either alone or in combination with the mark, would culminate into the Defendant passing off  their products as those of the Plaintiff.

Chronology of the Factual Matrix

When this matter for permanent injunction was filed against the actions of the Defendant, three applications were filed on behalf of the Plaintiff, which prayed for granting an interim relief. A prima facie case was made out and thereby an interim injunction was granted to the Plaintiff on 30th April, 2021. This order also constrained the Defendant from marketing the goods in question for a stipulated time, i.e. till 02nd June, 2021.

In response to these applications and to the order of the court, three counter-applications were filed by Sun Pharma to quash the interim order passed by the Court. Sun Pharma contended that the company had stocked up a large amount of the goods under consideration and since these were medicinal supplies, which on an average, had an expiration period of just one year, they were prayed to be excused from the litigation and to be made available for commercial supply in the market.

Public Interest as an Excuse – Validity and Morality

It was highlighted in the pleading of the Defendant that in the backdrop of pandemic, the medicines produced by the Company were in high demand due to their medicinal characteristic of relieving some of the major symptoms exhibited by the patients who had contracted the fatal Covid-19 virus. They were directed to report to the office of Union Health Ministry about the status of their stockpile with its relevant statistical analysis.

Furthermore, it was also prayed that the Court should allow Sun Pharma to market its current hoard of pharmaceutical drugs and medicinal supplies which were supposedly infringing the mark of Cipla with a different trade dress or packaging. This was argued on the ground that considering the grave ground realities and the relief of these medicines for the patients of this particular widespread virus, the Court should allow the sale of these medicaments in the wider interest of the general public. It was further argued that their sale should also be allowed on the grounds of urgency, considering not only the situation, but also the expiry dates of these ‘deemed-to-be socially necessary’ products. The Court explicitly commented upon this issue by asserting that, “…no prejudice or harm would be caused to the defendant if the interim order is allowed to continue till the disposal of the above suit. On the other hand, if the defendant is allowed to release the products in the market, it will result in incalculable damage to the proprietary rights of the plaintiff and by permitting the defendant to sell the good it will be allowing dilution of the proprietary rights of the plaintiff.”

Analysis of the Court’s Verdict

The bone of contention thus was whether or not the interim order previously granted by the Court should be rescinded on the grounds of urgency and public interest. The Court held that the ad-interim injunction would continue to remain in force, subject to the final decision of the suit and quashed the applications which were filed for vacating the previous order of the Court. It also opined that the Plaintiff had made out a prima facie case in support of continuance of the order for interim injunction passed by the Court, as the balance of convenience continued to be in their favour.

The argument of urgency and public interest was held to not have a bearing on the adjudicatory question before the Court.  This argument shifted the Court’s focus from reviewing the validity of its order granting injunction, to judging whether the Defendant is innocent considering the circumstances.  The Court perused pleadings from both sides and ruled that the Defendant’s plea for public interest and urgency could not be granted because it would violate the Plaintiff’s rights and result in their unfair dissolution. It went on to observe that, “the interim order granted by the court on 30.4.2021 still continues in favour of the plaintiff notwithstanding the fact that an attempt has been made by the dependent [sic defendant] to nix [sic mix] the public interest due to the medical emergency in the country and world over with the rights of the plaintiff.” As a consequence, the Court effectively reiterated its previous order and dismissed the applications filed by the Defendants.

The terrain of Indian pharmaceutical market is particularly known for less customer-knowhow and the fact that companies develop their credibility over years of gradual accumulation of goodwill and reputation. The background of the pandemic has enhanced the panic amongst customers when it comes to the purchase of medicines. This fright combined with the goodwill accrued by Cipla, lends a greater possibility to the Defendant’s goods getting passed off as medicines of Cipla. Irrespective of the fact that medicines manufactured by both companies could be beneficial to meet the increased patient demand, the Court refused to excuse this trade-dress imitation on the grounds of public interest. It remarked emphatically that, “notwithstanding fact that the country is facing unprecedented medical emergency and possibly the patients suffering from covid systems may require the drugs manufactured both by the plaintiff and the defendant for treating patients them with respiratory ailments during these tough times [extracted verbatim, containing the mistakes found in the original] The court cannot allow a party to violate another person’s intellectual property rights viz copyright and trademark and remain a mute spectator, where there also is an attempt to pass-off the goods.”

To ensure the broad vision of its judgement is realized, the Court denied the Defendant the concessional chance to recall and repack their products for a resale in the market. This decision has significantly reduced the possibility of [what prima facie appears to the author as] opportunistically motivated contentions being pleaded by parties in other contemporary cases during the ongoing pandemic. The Court set a much-needed precedent, by settling that even a medical necessity induced by COVID cannot be a free-pass for the pharma-companies to blatantly infringe IP rights and later play victim by justifying their act under the pretext of public emergency. Therefore, the author submits that this judgement has redefined the grounds of condonable infringement available for the adjudication of future cases, especially those connected with trade dress infringement during the pandemic.