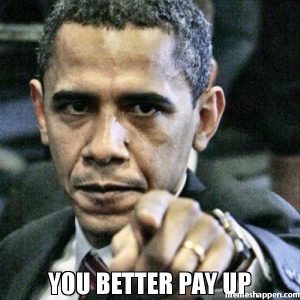 Last month, the Delhi High Court’s Division Bench delivered a rather interesting decision on trademark renewals in the case of Epsilon Publishing House v. UOI & Ors. In September of last year, Epsilon (petitioners/appellants) filed a writ petition before the Delhi High Court challenging the renewal of the respondent’s trademark “LOKPRIYA EASY NOTES” bearing application number 1006905. Back then, the court via Justice Bakhru dismissed the writ petition, holding that the renewal was good in law. The petitioners (/appellants) appealed this decision before the Division Bench. The bench subsequently upheld Justice Bakhru’s decision and dismissed the present appeal.

At the heart of the dispute are two trademarks: the first being “LOKPRIYA EASY NOTES”, belonging to the respondent, and the second, “EASY NOTES” belonging to the petitioner/appellants. Both the marks were registered under Class 16.

Enter: the appellants, who contended that the renewal should never have been granted by the registry because there was a deficiency in the renewal request. They submitted that, under section 25(3) of the Trademarks Act, in case an application for renewal of a mark is made, after the expiration of registration of the mark, then such application must be accompanied by a surcharge. This application complete with the surcharge, has to be filed within six months from the date of expiration of the previous registration – in order to prevent the mark from being removed from the register.

The appellants pointed out that in the present case, this surcharge had not been paid by the respondents. They then argued that, in the absence of that payment, the renewal application filed in 2011, could not have been processed.

To counter this argument, the respondents claimed that when the deficiency in terms of non-payment of surcharge was brought to light in 2017, the registry demanded the payment of the surcharge which was accordingly made by the respondents. Once that was done, the application for renewal was duly processed.

Deficiencies in Form: Duties of the Registrar

Both Justice Bakhru and the Division Bench (I have tried to cumulatively follow the reasoning of both the forums before which the case came up, for the purpose of this post) agreed squarely with the Respondents. Their Lordships also opined that the application, which was duly and lawfully made in 2011, cannot be held to be affected by the failure of the registry to detect the deficiency in form (in terms of non-payment) and the subsequent delay (almost 6 years!) in notifying the same to the appellant.

This, I believe, prompts some reflection. According to the courts, thus, the onus was on the registry, to notify the appellant about the deficiency i.e. about the requirement of payment of surcharge to complete the filing of the renewal application. Absent this notification, the respondent would have no chance of knowing that there was a deficiency that needed curing in the first place – and could not subsequently be punished for the same.

Now, the question is: what exactly does the statute say?

Section 25(3) r/w Rule 58 of the 2017 Rules, provides that the registry is burdened with the duty of notifying the proprietor about the upcoming renewal and the conditions to be fulfilled for the same. Notably, Rule 59 states that once an application for renewal is made after the expiration of previous registration, if the prescribed fees are not paid, the registrar may remove the mark from the register and advertise the same in the journal.

Clearly, aside from a practice followed by the registry, of alerting the proprietor in case of any deficiencies, the Rules themselves do not mandate notification of the same. Can it then be argued that, if the registry had duly notified the respondents about the upcoming renewal and the conditions to be met for the same (including prescribed fees and potential surcharge, et al) – then the burden lies on the respondent to ensure their application was in due adherence to form?

What saves the respondent here is the language of the subsequent rules – which appear to provide proprietors with several opportunities to redeem their rights. As noted above, Rule 59 provides that if the registry decides to remove the mark for non-payment of prescribed fees, then this removal has to be advertised. Therefore providing (as Justice Bakhru also correctly observed) to the proprietor an additional opportunity to save the mark from removal, by subsequently filing for restoration.

Most importantly, as stated above, in the present case, the mark in question was never “advertised” for removal (due to non-payment of fees/non-adherence to form) because the renewal application was never scrutinised by the registry at all.  To that end, the courts opined that since the deficiency was never brought to light, the application was kept “pending” over the years.

But, what does this do to third party rights? Especially, for instance, the appellants in the present case – whose interests are affected by this slip-up on the part of the registry that led to such a dated application being processed?

This finds some explanation in the language of Rule 60 r/w Section 25(4) of the Act – which states that when an application for restoration is made by a proprietor, then third party interests should be considered. The Rules as well as the Act, in all other provisions relating to renewal, keep the proceedings strictly between the registry and the proprietor. This would apply to the present case, where there was no possibility of restoration of a “removed” mark requiring consideration of third party interests.

The appellants tried one last (and perhaps the most notable) trick up their sleeve to challenge the renewal of the mark.

This argument was not made before Justice Bakhru. Unfortunately, the appellate court also did not dwell on the date of filing and whether or not it can be said that this date of filing actually ended up falling on the day the surcharge had been successfully paid.

Perhaps all that remains of this argument, is Justice Bakhru’s observation on the appellant’s reliance on Rule 11 (5) of the 2002 Rules to argue that the filing cannot be said to have been complete if the requisite fees are not paid, “that does not mean that such filing is required to be ignored completely and does not preclude the respondents from pointing out any defect in order for the party filing such document to cure the same.”

I find myself in agreement with Justice Bakhru and the Division Bench. However, as I do so, I also reserve my sympathies for the appellants. As Eashan Ghosh aptly puts it in his post on the judgment here, “It is hard to overwrite this provision (section 150) with language cleaner than that. Therefore, the feeling that Epsilon has been hard done by here must persist.”