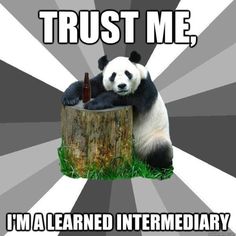 On August 13, the Madras High Court ruled in favour of coaching institute, ‘Fermat Education’ holding that there had been infringement of copyright in the 2IIM CAT questions authored by them. The case presents an interesting factual matrix, and before moving on to the more compelling legal issues, it would be helpful to go over the same.

Fermat Education (the plaintiff) has been engaged in providing coaching to students for competitive exams, since 2014. Of particular interest to our case, is the  ‘2IIM-CAT’ coaching they provide to graduates in order to train them to take the Common Admission Test (CAT). A part of their course materials – dispensed both in literary and video form – is the CAT question bank, which includes a series of questions along with their solutions to further help students prepare for the CAT examination.

In February, 2018, the plaintiff claims to have discovered that about 200 of the above-mentioned questions had been reproduced as is, both in literary and video form, on the website, ‘Unacademy’. As a quick aside, Unacademy is also an e-learning platform operated by ‘Sorting Hat Technologies Pvt. Ltd.’ (the defendant). It is slightly different from the plaintiff in its functioning – it connects educators and students. As an educator, one may provide/upload materials on unacademy, which are then utilised by the students accessing the website. Both the students and tutors are deemed ‘Users’ of the Unacademy website, and materials uploaded/used by them are referred to as ‘User Content’.

It is pertinent to mention that the unauthorised reproduction of the literary works was not challenged before the Court. There was also enough undisputed evidence to the effect that the said literary works had been authored by the plaintiffs. As a consequence, the deliberations came to rest on the issues underpinning the broader question of whether or not the defendants had infringed upon the plaintiff’s copyright.

Is Unacademy an ‘Intermediary’?

Perhaps one of the most crucial aspects of the case was the examination of the facts from the IT Act perspective. The defendants argued that they were an “intermediary” within meaning of section 2(1)(w) of the IT Act, 2000. As a consequence, they were entitled to the exemption granted to intermediaries under the IT Act, under section 79. Interestingly, the Court disagreed with the defendants and observed that Unacademy cannot be considered as an “intermediary.” This is interesting because it takes us to an important piece of deliberation: Who is an intermediary? What qualifiers are essential to classify a particular internet platform as an intermediary?

The Court perused the “Terms & Conditions” of the Unacademy website against this provision. It observed that although Unacademy hosts User Content on behalf of educators, for utilization by other users, it could not be called an “intermediary”. This was because, according to Unacademy’s T&Cs: (a) User Content so published could be created by the use of the software/services provided by Unacademy itself; (b) a User could only publish User Content on the website, after being approved by Unacademy. Such approvals would be based on a ‘demo video’ to be submitted by a User; (c) Unacademy had the power to review, approve, reject, edit or modify any User Content (albeit, not all) so uploaded; (d) there was to be payment of consideration to Users by Unacademy for submitting User Content; (e) exclusivity provisions restricting Users from uploading/publishing any User Content uploaded/published on Unacademy, elsewhere.

Exemption from liability of an intermediary

The Hon’ble Court may have kept this in perspective. Despite holding that the defendant’s T&Cs as adduced above, “take it further away from the definition of an intermediary” – and ideally, if so, the deliberation on intermediary liability should have ended there – it went on to opine that “it would have to be examined whether Section 79 of the Information Technology Act, 2000, would give protection to the first defendant.”

While the defendants relied heavily on the Myspace judgment to claim exemption from liability, the Court correctly held that the facts of the instant case were entirely different from that of Myspace. Unlike in Myspace, and contrary to the exemption laid out under section 79, the defendants of the instant case exercise(d) editorial control over the materials uploaded and pay consideration for the same, to the educators who upload them. It could not be said that the material was uploaded as is. Further, the infringing material were literary works, (as opposed to the musical works in Myspace) which would have been simpler to scour for any infringement, upon being brought to the (actual) knowledge of the defendants and, should then have been duly taken down by them in accordance with the provisions of Act, guidelines and rules, and their own take-down policy. The Myspace Court had also considered the myriad issues flowing from ownership of copyright and authorisation of the works in question by T-Series, which were not applicable to the present case. (see our coverage of the Myspace judgment here) As a result, the Court held that the defendants were not exempted from liability for infringement in the present case.

The Court also briefly delved into a fair use deliberation with regard to the works. The defendants argued that due to an operation of section 52(1)(i) of the Copyright Act, which exempts from infringement liability, any reproduction of copyright material, “by a teacher to a pupil, in the course of instruction; as part of questions to be answered in an examination; or in answers to such questions” The Court held, that in the instant case, the defendants through Unacademy, paid consideration to educators, for the materials uploaded on their website. This essentially makes them a business venture, with an obligation to ensure that there is no infringement of any works. As such, the Court held that section 52(1)(i) will not be applicable to the present case.

The Terms & Conditions of Unacademy as they exist at present and accessible here, are different from those extracted before the Court. As it stands, Unacademy still pays consideration to certain “eligible” content uploaded on the website/submitted to Unacademy for being uploaded by Users. Registrants of courses on unacademy will also essentially be making some amount of payments to Unacademy in order to make use of their e-platform. The remaining details about services carried out by Unacademy in relation to User Content and their extent (at present) such as editing, modifications, approvals, etc remain unclear, due to their current absence from the T&Cs. As such, the questions of the qualification of Unacademy or e-platforms like it, as “intermediaries” and the scope of their liability for infringement remain open.

I chanced upon a report published by the Centre for Internet & Society, accessible here, which makes a case for the classification under Indian law, of different types of intermediaries, and imposition of a separate set of liabilities for each such class. I recommend it as suggested reading, against the backdrop of the present case. In the meanwhile, as always, I invite readers’ thoughts and comments.