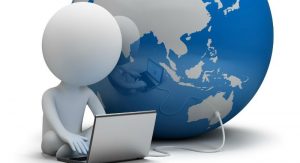 We are pleased to bring you a guest post by our Fellowship applicant Arth Nagpal. Arth is a 3rd year student at NLS, Bangalore. This is his first submission for the Fellowship.

This piece intends to draw a comparison between Internet Service Provider (ISP) liability on parties for copyright infringement in the United States and India. The former has in place a system of ISP liability through the mechanism of graduated responses, as has been restated in the recent judgment of BMG v. Cox Communications. However, in India, John Doe ord­ers are issued against websites, resulting in frequent victimization of innocent websites hosting content. ISP liability in its true sense does not exist in India. The liabilities for copyright infringement are laid down in such a manner that the true infringers might be in a position to escape liability. Since ISPs are users’ gateways to the World Wide Web, it is only logical to break the chain at the initial level. This necessitates a change in Indian copyright law to limit ISP immunity under Section 52(1)(b) of the Indian Copyright Act, 1957 (Act) for a more efficacious curtailment of copyright infringement. Hence, this post tries to analyze the standard of responsibility and the mechanism of apprehending copyright infringers followed in the United States, and also attempts to examine the provisions of the Act and the Information Technology Act, 2000 to gain a clearer understanding of the law in place and the need for transformation therein.

Legal Developments in US

Recently, a US-based ISP, Grande Communications, was sued by the Recording Industry Association of America for various copyright infringements perpetrated by its customer base, constituted by more than 160,000 customers. It has been reported that Grande is merely one of the many service providers that are guilty of providing internet services to customers who choose to illegally download data which ranges from music, video files, books and so on. Although U.S. Magistrate Judge Andrew Austin acknowledged the fact that the “availability of copyrighted music lures customers”, as well as Grande’s actions to alert its customers regarding infringing copyrights, he denied the motion to dismiss the contributory infringement claim against Grande.

This suit takes its cue after the recent appeal decided by a United States Circuit Court in the case of BMG v. Cox Communications, wherein the respondent, an ISP, appealed the lower court’s judgment on being found guilty of contributory infringement  for not taking sufficient measures to curb copyright infringement by its customer base. In fact, the appellant, a management company that owns copyrights in musical compositions, contended that the service provider sheltered repeat infringers by reactivating their accounts after terminating them, to give an appearance of compliance. The judgment delivered on February 1, 2018 diluted the standard for contributory infringement of copyright. Rather than a negligence or ‘should have known’ standard, a ‘willful blindness’ standard has been prescribed, or rather, reinforced. Willful blindness is defined as a situation in which it is evident from the facts that the accused has deliberately shut his eyes to the obvious. In effect, the person will be considered to have actual knowledge of those facts. This differs from actual knowledge which encompasses a belief that a certain fact exists, wherein it can be conclusively assumed that a person ‘must have known’ a particular thing. In copyright law, however, willful blindness is equated with actual knowledge, and is instrumental in imputing knowledge to the accused party. In case the service provider believes or has reason to believe that its customers are infringing on copyrights, it must take suitable measures to stop such illegal activity. If it fails to do so, it is guilty of contributory infringement, and cannot take shelter under the guise of unawareness.

In the present BitTorrent era, copyright infringements aren’t surprising. In fact, they’re quite common in most spheres of cyber awareness. There have been judgments in the past, the most significant one having been decided in 2017 in a Finnish Court, wherein the founders of Pirate Bay were held guilty of copyright infringement and fined $477,000. Another instance of a similar judicial action was seen in the Australian Federal Court in 2017, effectively banning 42 torrent sites. In India, the last update on piracy-related crackdowns was probably in last September of the arrest of the administrator of a Tamil torrent site. However, these relate to site-owners being penalized and not the ISPs that facilitate piracy of copyrighted material by consumers. ISPs are the entities that provide internet access to users, and it would be amiss to permit them to evade accountability for something occurring on their radar.

The Madras High Court, under a suit for copyright infringement filed by Prakash Jha Films, directed several ISPs to disable user access to websites that allowed users to view copyrighted material, particularly two movies that had released recently. The Order of the Court has been adequately covered here. What’s peculiar here is that the target of this Order was websites and not the ISPs facilitating the infringement. The concern is still whether there exists any concrete legal basis for ISPs to be held liable for infringements made by constituents of their customer bases. This Order of the Madras High Court came across as excessive due to its blanket ban on entire websites and not merely the URLs that had been identified as hosting copyrighted data. The lack of an appropriate standard indicates the need for looking towards contemporary practices of other nations. Moreover, a perusal of the provisions of the Indian Copyright Act, 1957 must be made. Also critical in the jurisprudence on liability of intermediaries is the recent MySpace judgment delivered by the Delhi High Court in 2016.

The standard applied in BMG v. Cox is that of ‘willful blindness’ towards infringements happening under the ISP’s nose. This essentially translates to contributory infringement, since the ISP does not take action against its users. This ensures a system in which an ISP is compelled to establish a system to tackle repeated infringements by users without requiring the Court to impose a restriction on numerous websites (unlike the Indian scenario where websites are disabled even upon mere speculation of presence of copyrighted material). In countries such as the United States, this is known as a graduated response system, or three-strikes. A governmental agency, as in the United Kingdom, or otherwise, as in the United States, prescribes a code for ISPs to follow in order to limit infringements. In India on the other hand, exists a common practice with respect to protecting copyrights called the John Doe Order, which essentially safeguards copyrighted material against an anonymous infringer. This approach is centered on data-specific prohibition, rather than a broader, more pervasive measure against copyright infringement in general.

The problem with John Doe Orders, or Ashok Kumar Orders as they are known in India, is a greater probability of innocent websites getting caught in the mire, due to the uncertainty of infringing parties. This has been properly elaborated upon by Kian Ganz in his article on LiveMint. This is at variance with the practice in the United States of establishing a mechanism to hold the ISP and its customer base liable, rather than innocent websites. A study undertaken by Copenhagen Economics on Indian Online Intermediaries perfectly portrays the problem with the present liability regime targeting intermediaries, in the sense of content-hosting websites. Intermediaries do not have direct control per se over the information being exchanged or hosted via their platforms. Hence, John Doe Orders, especially in light of the more stringent prohibition they impose now, are greatly unjust to such websites that are unaware of the material that they are facilitating the exchange of.

The Indian Copyright Act provides penal punishments for infringement of copyright under Chapter XIII. Sections 63 and 63A correspond to infringement of copyrights by first-time offenders and repeat offenders respectively. However, these relate to infringements made by individuals and not the liability of the ISP itself. As per Section 52(1)(b), ISPs are exempt from liability since they are merely intermediaries “storing work in the technical process of electronic transmission or communication to the public.” Intermediaries, covered under Section 52(1)(c), are provided similar immunity, except in situations wherein they are “aware or have reasonable grounds for believing that such storage is of an infringing copy”. The application of this is grave, since the awareness of an intermediary with respect to infringing material cannot be conclusively proved. It is considerably difficult to be informed about copyrights and whether one is infringing them or not. The idea of blocking websites to curb infringement has been equated to ‘whacking moles’ in Australia, in the sense that it would be inconsequential due to the rapid movement of website owners in reproducing the same data elsewhere. The MySpace judgment is significant in this respect, since it prevents unaware websites from being penalized by enforcing the ‘actual knowledge’ test. However, what the judgment does not cover is the distinction between an ISP and an intermediary, and adopting the same level of culpability to each of these entities would result in fewer copyright infringers being penalized, especially the ISPs.

ISP Liability: Need of the Hour

With the advent of streaming services in India such as Netflix and Amazon Prime, copyrights that need to be procured have increased, implying a greater scope for infringements. Hence, piracy should be taken seriously. A ‘willful blindness’ test for holding ISPs responsible for contributory infringement of copyright should be introduced to inculcate legal and scrupulous practices in the ISPs and the users. Upon confirmation (from copyright holders or knowledge gained by the ISP upon monitoring unusual activity of a user) of infringements made by a customer, action must be taken by the ISP itself, by disabling access for a certain number of days, rather than deactivating websites without any notice whatsoever.

As of now, there does not exist any scope for ISP liability, thanks to Section 52(1)(b). In fact, Section 79 of the IT Act, 2000 strengthens this immunity and even blurs the distinction between an ISP and an intermediary such as Google, Yahoo! etc., in the absence of clarificatory case law. The safe harbor provision does not distinguish between types of intermediaries, which ought to change considering the degree of piracy operations conducted through ISPs. A willful blindness standard would enable the accountability of ISPs for their inaction towards infringing customers. Instead of holding websites accountable for their potential storage of copyrighted data, the ISPs and in turn the consumers must be brought to book.

A reform of the Copyright Act is required to address copyright infringement at the basic level of commission, and modify the provisions that hold websites vicariously liable on the basis of mere apprehension of storage of copyrighted material. The European Union is already persistent in its attempts to overhaul its copyright law to ensure stricter implementation of copyrights. India should undergo a similar redefinition to ensure holding the actual perpetrators of the crime responsible and realigning the penal consequences that need be effected.