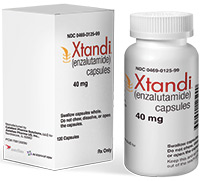 Xtandi has an eventful if not long history of controversies in India. The right to commercially exploit the drug in India has been licensed by UCLA to global pharma giants Pfizer, who market and sell the drug through their sister companies Medivation and Astellas Pharma. The controversies began when Astellas Pharma began selling the drug at a reported INR 3.35 lakh per month, restricting access to the drug significantly.

In 2007, Pfizer had filed a patent application for Xtandi, which was rejected by the Patent Office in 2016, because it lacked an inventive step and fell foul of Sections 3(d) and 3(e) of the Patents Act, 1970. Subsequently, UCLA had filed a writ petition before the Delhi High Court, praying for a re-examination of their patent by the Patent Office. They assert that not granting a patent to Pfizer goes against the academic and educational objectives of the University. In the past, several organisations have requested UCLA to withdraw its petition before the Delhi High Court. Several commentators have also questioned the motives of UCLA, with some alleging that they are a stooge doing the bidding of Pfizer in India.

Now, sources close to the matter have apparently said that the court may issue a judgment. This has initiated the last-ditch attempt to convince the President of the University of California to withdraw their petition from the Delhi HC.  The most recent hearing was on August 16, 2018, before Justice Vibhu Bhakhru, following which the court has not issued an order in the matter.

While the road ahead could be long, with potentially multiple rounds of litigation still possible, one would hope that the Delhi HC would reach a decision that takes into account the ground realities of several patients that have to embrace death because they cannot pay the bills.