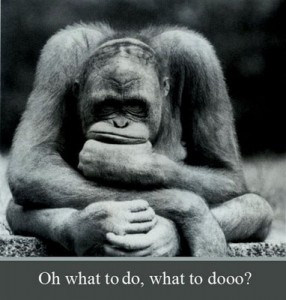 Early in 2001, the Supreme Court laid down legal standards to be followed by lower courts in pharmaceutical trademark infringement and passing off disputes. The court cautioned that ‘drugs are poisons, not sweets’ and in this vein, set high / strict standards for assessing similarity and confusion in pharmaceutical trademark disputes. To be sure, these standards are not the same as those applicable to non-medical products.

The requirement for having a stricter standard for medicines is almost obvious. Confusion between medicines can result in harmful health implications. Even two drugs with the same active ingredient may not be dispositive of the fact that they are substitutes or can be used interchangeably. Drugs that treat the same conditions can differ in composition, side effects, rate of absorption in the body, and other scientific parameters. Each of which can have serious health implications.

In fact, as revealed by Dinesh Thakur and Prashant Reddy in their book ‘The Truth Pill – The Myth of Drug Regulation in India’ (a must read), generic drugs in India may not always be ‘interchangeable’. Chapter six explains this in detail. The Indian drug regulatory framework does not guarantee that generic drugs have the same therapeutic effect. Indian law did not require bioequivalence testing until a few years ago, which led to ‘generic substitutes’ having varying degrees of therapeutic impact. This led to physicians trusting certain brands through ‘trial and error’ and also resulted in significant price differences between generic drugs with the same ingredients.

The court also cautioned that the sale of a drug under prescription (as opposed to over the counter) cannot by itself be considered sufficient protection against confusion. While physicians and pharmacists have specialised knowledge, they are not infallible. To reduce the likelihood of medical errors, confusion needs to be nipped in the bud and assessed strictly.

One would assume that first principles supplied by the highest court of the country would be taken seriously. However, time and again we see courts and the trademarks registry disregarding these principles (in some cases, however, as we reported here, the strict approach is still followed).

For example, the Delhi High Court recently held that the trademarks ‘Letroz’ and ‘Letero’, both drugs used for the treatment of an ailment as serious as breast cancer, were not deceptively or confusingly similar. The court relied on a previous Delhi High Court decision (division bench) which held that medicines for the treatment of brain cancer – one, ‘Temodal’ and the other, ‘Temokem’, were not deceptively or confusingly similar. Both these judgements were passed on appeals from denial of interim injunctions.

Instead of solving the problem of confusion these decisions only add to it. On first appearance, comparing the marks as a whole and applying the ‘strict standard’ of comparison,  it is difficult to ignore the similarity. Both sets of marks have the same roots (names of active ingredients-  Letrozole and Temozolomide) that supply the first syllable of each of the trademarks. They sound similar and are used for similar drugs. This can lead to confusion.

The courts also side-stepped the similarity analysis by relying on the fact that the active ingredient in both medicines were the same (assuming that the medicines at issue were in fact interchangeable). It may well be that these drugs are exactly the same but without evidence supporting this fact it is difficult to imagine how such a conclusion can be reached. As explained above, generic drugs vary with respect to therapeutic impact, and are not always interchangeable even if their active ingredients are the same.

Third, the court was swayed by significant price differences between the competing products. Letroz costs INR 187.8 whereas Letero costs just INR 60. While differences in prices can sometimes reduce confusion, it is a reality that physicians and patients are not always aware of price differences. Price may therefore not be a ‘differentiating’ factor.  Further, price differences may also show that the medicines are not interchangeable.

Further, if the courts were trying to address an access to low cost medicines issue, trademark cases at the interim stage, might not be the right place for doing that. At the interim stage when the marks are evidently similar (not identical but surely similar) but no evidence has been led supporting material facts – whether or not the products are really the same, whether physicians are aware of price differences, whether physicians and pharmacists can be confused etc., the strict standard directed by the Supreme Court would merit an interim injunction. However, if courts are truly committed to increasing access to lower priced medicines, they will also ensure that trials are expedited, bio-equivalence studies are submitted to support claims of sameness and final outcomes are known sooner rather than later.

Such matters are complicated by market practice. We would imagine that class 5 i.e. the trademark class for pharmaceutical products would be one that has the most unique and distinct marks. However, unlike other goods where manufacturers try to come up with unique names to set their products apart, generic pharmaceutical companies do the opposite. It is common practice for generic manufacturers to adopt names that are similar to the names of the active ingredients used in their products. When many manufacturers start using the same naming techniques, the marketplace ends up with many similar trademarks. For example (there are many more), there are several pharmaceutical trademark applications / registrations for – Letrol, Letrofil, Letroplus, Letrocin, Letrogen. Further, trademark applications / registrations can be granted under class 5 for ‘pharmaceutical products’ in general, without the need to specify the ailments / conditions being treated. All this just adds to the confusion.

If the strict scrutiny standard, as set by the Supreme Court, was being applied correctly it is doubtful whether all of these similar sounding trademarks, for medicines, could co-exist.