[This post is co- authored by Swaraj Barooah and Praharsh Gour.] 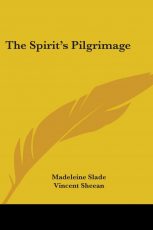 Recently, in the matter of Anil G Karkhanis v. Kirloskar Press, the Bombay High Court (BHC) began proceedings on what may become the first instance of a literary work being compulsory licensed in India. The work in question is the autobiography of Madeleine Slade (popularly known as Mira Behn), titled “The Spirit’s Pilgrimage”, which the petitioner seeks to translate from English and publish in Marathi. As per the order, the petitioner is ready and willing to pay royalties but despite their efforts, were not able to locate any of the publishers as on the present day. As such, the petitioner approached the court under Section 32 of the Copyright Act for a compulsory license. The petitioner also stated that the intent behind translating this autobiography into Marathi was not a private or commercial interest, but for public interest. Section 32 requires that the work was (i) published in India, (ii) at least 7 years prior to application, and (iii) the petition is in the prescribed format – all of which were done in this case. On 11th Oct, 2022, the Bombay High Court passed an order directing the Registrar of Copyright to issue a notice in the copyright journal and two newspapers regarding an application under Section 32 of the Copyright Act to translate Mira Behn’s autobiography ‘‘The Spirit’s Pilgrimage” from English to Marathi. This is perhaps the first case where the Court has issued notice for the compulsory license of a literary work. In case our readers are aware of any other similar case, we request you to share it with us. The copy of the court order made available by Bar and Bench is provided here and the notice issued by the Registrar of Copyright dated October 26, 2022 is provided here.

Interestingly, Section 32 of the Act vests this power with the Copyright Board, however after its merger with the IPAB consequent to Finance Act 2017 and subsequent scrapping of IPAB by the Tribunals Act 2021, it seems like the Bombay High Court now has the power to issue a such license and invite applications.

Finally, though technically it appears either Section 31A or Section 32 could’ve been used for this matter, it may turn out to be valuable precedent that Section 32 has been utilised here, if it proceeds all the way. This is because unlike Section 31A, Section 32 can also be utilised if the original author/publisher is found and denies permission to translate into another language, so long as 7 years have passed from the first publication, or 3 years if the translation is to a language used generally in India and the purpose is of a scholarly nature (“teaching, scholarship, or research”), or even just 1 year if the translation is to a language that is not generally spoken in developed countries! (Read the provisions here for the fine print) 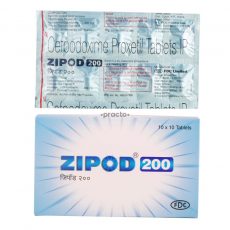 In a case surrounding the similarity between the trademarks of two pharmaceutical products, the Delhi High Court reiterated the need of applying a stricter test of comparison for medicinal products, as the ensuing confusion can result in public injury. In the present case, FDC Limited (Plaintiff) has a registered mark ZIPOD for its cefpodoxime-based antibiotic and antibacterial preparations, which it has been using since 2007.  Whereas, it is the case of Nilrise Pharmaceuticals Pvt. Ltd. (Defendant) has been making available its product under the name- Zoypod for the same pharmaceutical preparation since 2014. Defendant inter alia argued that the term POD is generic in nature, derived from the common molecular name i.e., Cefpodoxime, which falls in the list of International Nonproprietary Names (INN) and thus no exclusivity can be claimed over it. Furthermore, it argued that it is using ZOY as a prefix to all its other products and thus going by that logic using it for the present product is bona fide. The defendant also argued that since both the drugs are Schedule H drugs and need a prescription, there cannot be any confusion between them.

Relying on a plethora of previous decisions on a similar issue including the decisions on the Cadila Health Care Ltd. case and Amritdhara Pharmacy v. Satya Deo Gupta, the court dismissed the arguments by Defendant and ruled its mark ZOYPOD to be deceptively similar to Plaintiff’s prior ZIPOD mark thereby passing an order for an interim injunction against it.