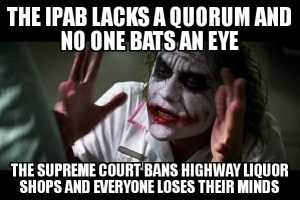 In a positive development, the Union for Affordable Cancer Treatment (UACT), along with 56 other organizations, has requested the University of California (UCLA) to withdraw from its proceedings before the Delhi High Court against the IPO’s rejection of its patent[1] in XTANDI. In its letter dated 24th May 2017, UACT reminds UCLA that its research for the blockbuster drug for prostate cancer was supported by US taxpayer dollars through the National Cancer Institute at the National Institutes of Health and the US Army Prostate Cancer Research Program.  UACT lays emphasis on the seminal role played by generic competition to achieve lower drug pricing in India and laments Astellas’ high pricing of XTANDI for the Indian market.

The letter concludes as follows:

“California taxpayers should not foot the bill for or permit this patent litigation, which will benefit a Japanese drug manufacturer and a New York-based pharmaceutical corporation, but harm patients seeking affordable access to an important cancer medicine.

It is pertinent to note that the US Federal Government is empowered by the Bayh-Dole Act to grant third-party patent licenses through the government agency which funded the research towards the invention. These rights can be exercised inter alia if the current licensee has not taken effective steps towards the practical application of the invention or if such action is necessary to alleviate health or safety needs which are not reasonably satisfied by the current licensee. Writing for IP Watch, Steve Seidenberg posits that march-in rights are a powerful method in driving down the prices of egregiously overpriced patented drugs whose research was funded by federal institutions.

Alas, in an ‘exasperating farrago’ of federal inaction, the US Government has never exercised its march-in rights in 37 years of the history of the Bayh-Dole Act. This is because the US Government does not believe that these rights can be used to affect drug prices as long as public access is ensured. It also reckons that exercising these rights might discourage private investment in technology.

That said, it is equally pertinent to note that federal funding in the US for drug research is often limited to the initial stages of research. The latter, more expensive stages are funded more often by private investment than by government agencies.

Our readers will recall that Pfizer’s patent for the prostate cancer drug ‘Enzalutamide’ (XTANDI) was rejected by the Indian Patent Office (IPO) in a well-reasoned order passed in November 2016. This blockbuster drug is currently sold by Pfizer at Rs. 3,35,000/- for a packet of 112 capsules which suffice only for 28 days of dosage. (See Rahul’s post on the patent rejection order).  Subsequently, UCLA through its Regents challenged the rejection order in a writ petition before the Delhi High Court and sought the patent application to be reheard by the IPO. (Read Inika’s post on The Regents of the University of California v. Union of India).

Recently, the Delhi HC in its order refused to hear the matter in May and has instead listed it for hearing on July 20, 2017. The Petitioner had reportedly requested the Court to list the matter in May itself since only 10 years of the patent term were remaining, 50 other countries had already granted the same patent and because it has simply sought that the pre-grant opposition proceedings be remanded back to the IPO. The Union of India firmly disagreed with the remedy of remand since such an act would completely defeat the purpose of the Indian Patents Act, 1970.

Refusing the Petitioner’s request, the Court is reported to have orally observed that it cannot afford such preferential treatment to the protection of private commercial interest and consequently listed it for hearing in July instead. Furthermore, the Court in its order has also directed the Petitioner to file a rejoinder to the counter-affidavits by early June.

Despite this positive development, there’s a good chance that the Delhi HC will remand this matter back to the IPO if the Indian Government does not make requisite appointments to the Intellectual Property Appellate Board (IPAB); which happens to be the forum where the Petitioner’s grievances should actually ideally lie. Instead, the Petitioner has clearly taken advantage of governmental inaction and proceeded to bypass the procedure to earn a review of the IPO decision.

In a hard-hitting post, Prashant has succinctly explained as to how the Indian Government’s actions and stance are marred by statutory, administrative, and constitutional infirmities. In particular, the Finance Act 2017 has effectively repealed Chapter XI of the Trademarks Act, 1999. On the one hand, the Government is hell bent on usurping control of the IPAB and diluting its independence. On the other hand, it’s nevertheless causing an unpardonable delay in making the necessary appointments to the tribunal. Prashant has also launched a fervid attack against the constitutionality of Section 184 of the Finance Act, which allows the government to determine qualification and other criteria for the IPAB through rules.  He argues that Section 184 is blatantly unconstitutional because it amounts to the delegation of Parliament’s essential functions to the Executive and consequently dilutes the judicial independence of the IPAB.

While most Indians are immune and even apathetic to delays caused by each organ of Indian democracy, these very delays have previously had far-reaching, serious and very direct ramifications for them. A UNCITRAL arbitral tribunal in 2011 directed the Indian government to shell out millions from Indian taxpayers’ money as damages to White Industries Australia, mainly on grounds of India’s excruciatingly slow judiciary.

This time around, if the Xtandi application is resurrected by remand, numerous patients in India are likely to lose their life and wealth on account of XTANDI’s high pricing. If that’s not impetus enough for the Government to make haste in making the requisite IPAB appointments, I’m not sure what will.

What happens if the patent application is eventually granted, whether by the IPO in remand or by means of a functioning IPAB granting the Regents’ appeal? There is always the chance that XTANDI patent holder Pfizer may follow Gilead’s practice with Sofosbuvir and enter into Voluntary Licensing Agreements (VLAs) with generic companies in order to make its drug more accessible and effectively avoid any further patent validity challenges. However, VLAs have their own dose of deceit and pitfalls. In particular, Gilead’s VLAs invited heavy criticism and aversion on account of its ‘anti-diversion’ measures. (See Rupali’s post on the Gilead VLAs here)

If Pfizer refuses to grant voluntary licenses, the aforementioned generic drug manufacturers (and others) will still have a chance of applying for a compulsory license in Xtandi on grounds of its steep pricing and consequent lack of accessibility.  If a CL is indeed granted, generic versions of Xtandi can be sold in India for as less as $0.50 per pill or $2 a day; making it one of the best discount offers of all time.